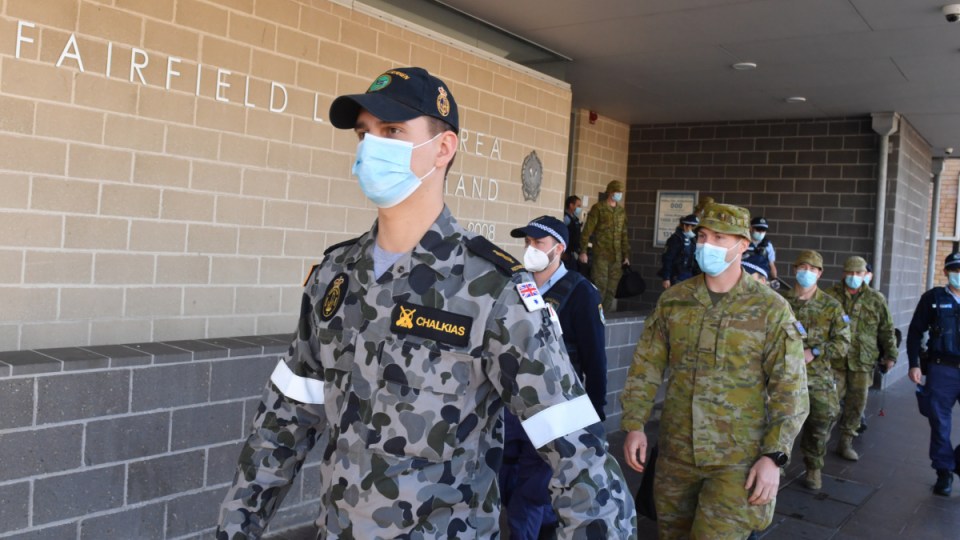 Members of the ADF will be deployed to help assist aged care facilities as they deal with COVID-19. Photo: AAP

The Australian Defence Force will be deployed to assist the aged-care sector as it deals with a worsening spike in COVID-19 cases.

An agreement to send up to 1700 ADF personnel to help the ailing sector was reached at a meeting of federal cabinet’s national security committee on Monday.

The decision will ensure teams can be deployed to deal with acute situations within a 24-hour notice period.

It will start with four teams of 10 and that can increase to up to 10 different ADF teams.

The teams will include a registered nurse, medical technicians and other personnel to support general duties.

The deployment will start with about 50 ADF members being deployed to each state, with the ability to scale it up to 200.

It’s estimated there are about 285,000 workers in the aged-care sector.

But there are reports that up to a quarter of shifts are going unfilled in the sector each week because so much of the workforce has been forced to isolate due to COVID-19 exposure.

There are also reports of residents being locked in their bedrooms, some going without food and bathing, or entire homes in lockdown for weeks on end, partly due to the staffing crisis.

Many centres have been dealing with shortages of protective equipment and rapid tests.

The sector has also borne much of the brunt of the Omicron wave of the virus. There have been more than 500 deaths from COVID-19 in aged care since the start of the year.

Prime Minister Scott Morrison has repeatedly refused to consider using the ADF to bolster the sector’s struggling workforce, including as recently as Friday.

At the time, Mr Morrison admitted the sector was in crisis – something that had been denied by Aged Care Services Minister Richard Colbeck earlier in the week.

On Monday, Mr Morrison said the new measures would not mean there would be a surrogate workforce for the virus-hit sector.

“They have provided quite targeted support into the aged-care sector in extreme situations, some of the most difficult situations,” he said in Canberra.

“A majority of those are clinical support because that’s the resource available … it’s a targeted bespoke effort.”

Defence Minister Peter Dutton said 15 military planners would also be able to be deployed to the federal health department to help co-ordination efforts.

“It’s a tough challenge, and we’d be kidding ourselves as a country if we didn’t think the pandemic has impacts,” he said.

“You seek to mitigate them as best you can.”