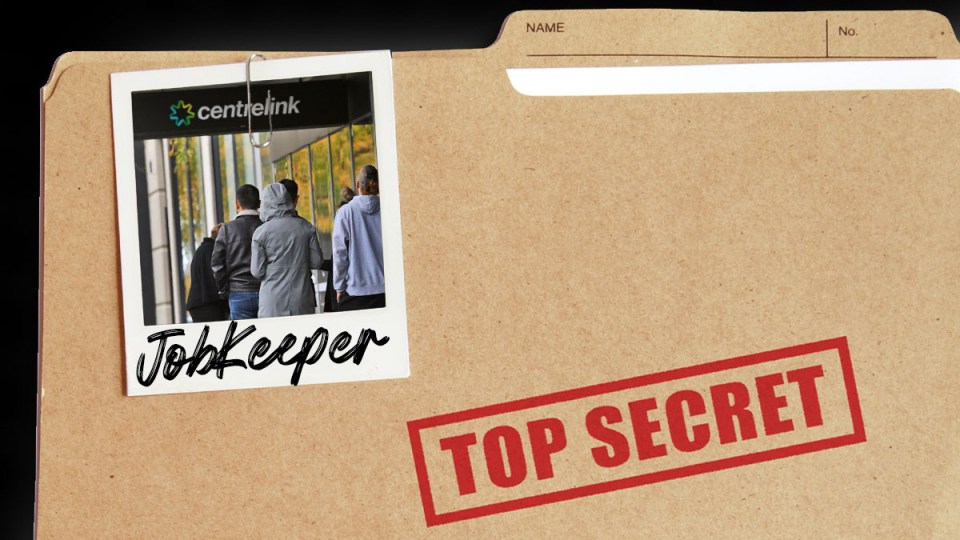 Publicly listed companies would have to disclose exactly how much they received in JobKeeper payments under a new proposal spearheaded by Labor MP Andrew Leigh.

As it stands, firms are required by the corporate regulator to include in their financial reports all COVID-19-related support provided by governments, lenders and landlords.

But, as TND has reported, many companies sought to obfuscate exactly how much they received under JobKeeper, by grouping the payments with other grants and subsidies from governments around the world and reporting them all under a single line item in their accounts.

Dr Leigh said this often meant you could only approximate how much a publicly listed company in Australia had received in JobKeeper by working out how much support they had received in New Zealand, which maintains a public register of their wage subsidies, and deducting this from the overall amount of support given to the company.

“That’s pretty unsatisfying for a program the size and importance of JobKeeper,” Dr Leigh told The New Daily.

“ASIC should be requiring firms to disclose how much JobKeeper they receive, full stop.”

Days after The New Daily revealed that only five companies so far have paid back their JobKeeper payments in full, Dr Leigh also said he wished to see greater transparency over JobKeeper repayments and appropriate regulation of the buy now, pay later sector.

“Knowing when firms have actually repaid is important,” the former economics professor said.

“At this stage, we have a range of firms who have made undertakings to repay, but the ATO data suggests there’s a lot more that’s been promised than actually delivered.” 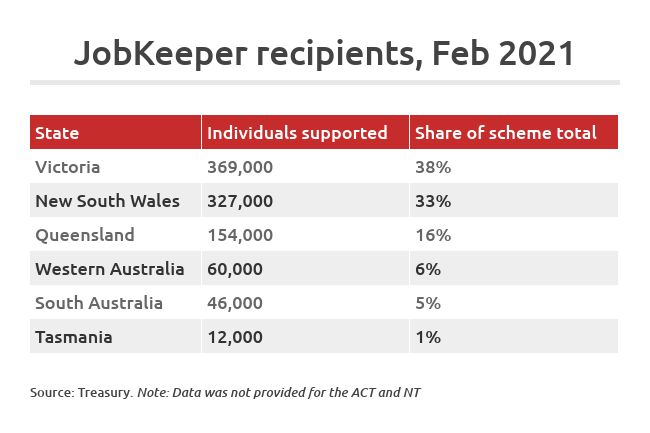 Dr Leigh will put his concerns to the Australian Prudential Regulation Authority (APRA) during a hearing of the House Economics Committee on Monday morning, which coincides with the end of the $90 billion JobKeeper program.

The latest data from Treasury shows JobKeeper was still subsidising the wages of some 980,000 workers in February, with Victoria accounting for the largest share of JobKeeper recipients in the country (about 369,000 people).

Although that is much lower than the more than 3.7 million workers and 900,000 companies relying on the scheme at the height of the pandemic, Treasury secretary Steven Kennedy said last week that 150,000 people could lose their jobs when the wage subsidies disappear. (Others warn as many as 250,000 could lose them.)

Dr Kennedy told Senate estimates that businesses in Australia’s largest CBDs were particularly exposed, as they were more reliant on international students and were suffering from reduced foot traffic due to greater numbers of people working from home.

“[It’s] not so much the activity restrictions themselves, but the fact that employees are not in their usual places of work, and so they’re not passing by,” he told estimates.

His colleague, Treasury deputy secretary Jenny Wilkinson, later explained to the Senate that CBDs had a higher concentration of JobKeeper recipients working low or zero hours – which is why the department expects more job losses to come from these areas.

The Department of the House of Representatives said in a media release that the committee was gathering the nation’s key financial regulation bodies “to discuss consumer protection, responsible lending and other issues”.

“As Australia moves towards our “post-COVID normal”, it is essential to maintain strong prudential regulation; promote competition; and ensure fair and transparent dealings to safeguard financial stability and consumer trust in the financial sector,” Mr Wilson said.

“After the chair of ASIC stepped aside due to allegations of misuse of taxpayer funds during our last hearing, the committee is particularly interested in scrutinising ASIC’s response to the Treasury’s review of ASIC governance, released in January this year.”

The hearing comes as the Morrison government struggles to win enough support in the Senate to scrap Labor’s responsible lending laws.

Labor to push for stricter JobKeeper disclosures after profits surged