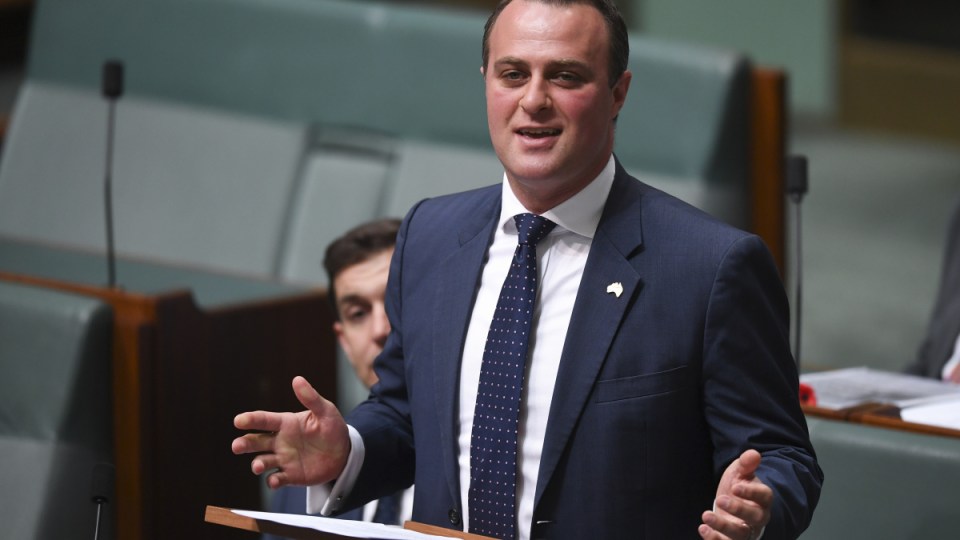 Liberal MP Tim Wilson has been accused of leading a dishonest campaign on superannuation. Photo: AAP

Liberal MP Tim Wilson has been accused of putting his own interests above those of ordinary working Australians by campaigning to let first-home buyers use their superannuation to pay for deposits.

And the federal member for Goldstein has also come under fire for using his position as chair of the House Economics Committee to pursue his own political objectives.

Mr Wilson says allowing Australians to dip into their superannuation to buy a home would increase the rate of home ownership in Australia and consequently lower the rate of poverty in retirement.

But Labor MP Julian Hill said although the policy would enrich Mr Wilson and his husband, who own five properties between them, it would make it harder for first-home buyers to break into the market by inflating property prices.

“I do accept that [Mr Wilson is] interested in increasing home ownership,” Mr Hill said in a speech to Parliament on Thursday.

“But the Liberal MPs who are pushing this idea should be honest. The only people who benefit are home owners.

“He and his husband between them own five properties; it’s on his parliamentary declaration.

“He’d stand to benefit from this policy, but first-home buyers would not.”

Mr Hill cited research from Industry Super Australia that found allowing couples to withdraw $40,000 for a home deposit would push up median house prices in the five biggest cities by between 8 and 16 per cent.

He also name-checked the Grattan Institute and independent economist Saul Eslake as two parties that had previously opposed the policy.

“To his credit, the Treasurer said ‘no’ to the request by the member for Goldstein for an inquiry. But he needs to go the whole hog and rule this out,” he added.

“Rule it out now and go and find a real answer to housing affordability. Not fake promises to young people.”

The speech came after Industry Super Australia CEO Bernie Dean wrote a letter to Treasurer Josh Frydenberg on Tuesday warning him that Mr Wilson was using his position as chair of the House Economics Committee to advance “his ongoing political campaigns”.

In the letter, seen by The New Daily, Mr Dean said recent written questions put to superannuation funds by Mr Wilson “appear to abuse the Committee process and risk undermining confidence in its ongoing work”.

“As you would be aware, Mr Wilson is actively campaigning on the issue of using super for a house deposit. He also publicly opposes investments by super funds in affordable housing among other assets,” Mr Dean wrote.

“Recently, Mr Wilson put about a dozen written questions to funds directly relevant to the issues associated with his personal campaign but under the original Terms of Reference.

“The questions appear designed to leverage funds’ openness to engage with the Committee under the original Terms of Reference but are clearly intended for personal use by Mr Wilson in support of his ongoing political campaigns.”

“This creates a clear conflict of interest and undermines the Committee’s work,” he wrote.

“ISA and our member funds have engaged constructively with the Committee, and welcome increased parliamentary scrutiny and transparency – however these recent pursuits by the Chair advance neither.”

Mr Dean asked the Treasurer to “consider the appropriateness of the Committee being used in this way to further a personal political campaign, particularly as funds and other participants willingly engage with the Inquiry often at considerable expense and opportunity cost”.

In an email to The New Daily, Mr Dean said ISA had been moved to act “after a series of incidents of backbench MPs using Parliamentary committees in furtherance of pet political projects and personal vendettas”.

Mr Wilson responded to the letter in a series of posts on Twitter.

“Dear @IndustrySuper, What question asked about how you spend Australian’s compulsory super savings is inappropriate?” he wrote in one.

“The ones about how you can use Aussie’s money to buy homes that you own? Or the impact of renting in retirement? Or are these questions inappropriate too? Tim”