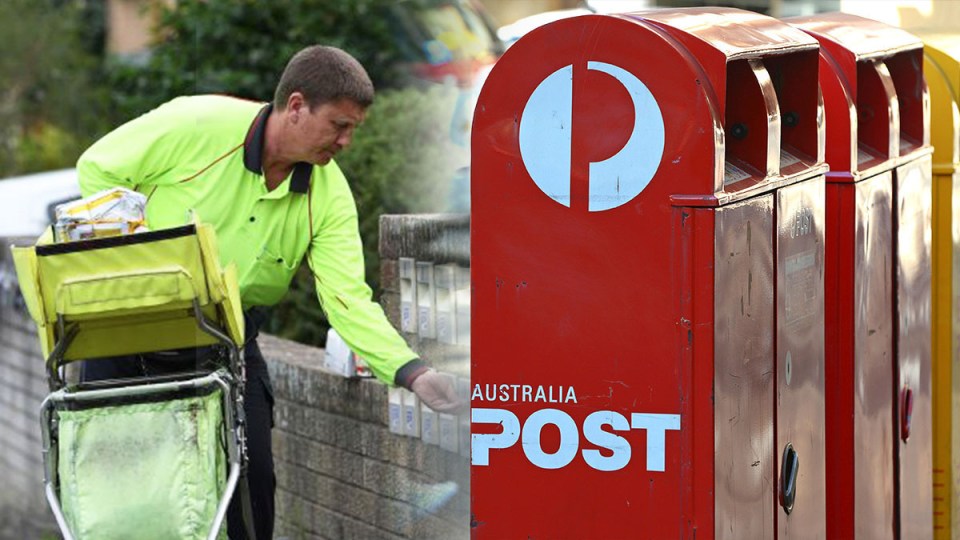 Australia Post is looking to fill more than 4000 roles as the online shopping boom continues.

Australia Post has packaged its pre-Christmas hiring blitz as good news, but critics say it has been too slow to respond to record-breaking pandemic demand.

Despite profits soaring thanks to the coronavirus-fuelled online shopping boom, the firm has found itself at the centre of a host of controversies this year.

These include chief executive Christine Holgate’s push for Pauline Hanson stubby holders to be delivered to locked-down Melburnians, a tussle with posties over job security, and this week’s revelations that the firm pulped nearly six million postcards warning customers about its coronavirus service cuts.

On Thursday, Australia Post announced plans to hire workers to fill more than 4000 positions, the majority of which are short-term casual.

The roles on offer include 2900 Christmas casual positions, 300 fixed-term full-time and part-time roles in customer contact centres, and 900 roles in other areas of the business “including across the post office network, to help service customers better”.

The move follows what critics say has been a flat-footed response to the coronavirus pandemic that has resulted in long parcel delays and put pressure on overworked posties.

Deakin University marketing and retail expert Michael Callaghan said the hiring blitz is a tacit admission that the firm failed to adequately plan for the inevitable growth in demand for parcel deliveries, regardless of the pandemic.

“The fact that it’s such a massive number…indicates finally an admission by Australia Post as to how poor their service standards have been and how desperate they actually are to catch up,” Dr Callaghan said.

He criticised the firm’s decision to rely so heavily on casual workers, and said the eCommerce-fuelled demand for deliveries is likely to remain high post-COVID.

The reality that the vast majority of those positions are casual is an indictment on the casualisation of Australia’s workforce,” Dr Callaghan said.

The move “very clearly indicates that whilst Australia Post has been dragged kicking and screaming to having to employ more people to do the work that they should have employed back in February and March the trends for the use of parcel post were there well before Christmas of 2019,” he said.

Dr Callaghan believes Australia Post has struggled to respond to the surge in demand during the pandemic due to logistical changes implemented by previous chief executive Ahmed Fahour, who walked away with a $10.8 million parting pay package in 2017.

Mr Fahour oversaw the centralisation of Australia Post’s processing facilities, which has left the firm ill-equipped to respond to the huge eCommerce boom, he explained.

“The previous CEO pretty much made his bonus dollars out of creating a system that was efficient for the demand at that time,” Dr Callaghan said.

Australia Post has been struggling ever since whenever they meet peak demand.”

A spokesperson for Australia Post told The New Daily that “the challenges presented by the global COVID-19 pandemic have meant we have had to respond to the demand differently than we would during our traditional peak period at Christmas”.

“Since the beginning of the pandemic we’ve monitored its impacts on the community and the eCommerce industry, and despite the challenges it has presented – social distancing, grounding of passenger flights and record growth in parcel volumes – we continue to respond to a changing landscape, deliver for our customers as efficiently as possible, while ensuring the safety of our people and the community is protected,” they said.

“During the pandemic we have had up to 17 dedicated freighters to help manage volumes, repurposed and opened 16 new processing and delivery facilities, have hired more than 600 casual staff for our network and call centres, and spent $20 million on PPE including over 650,000 bottles of hand sanitiser, 1.8 million gloves, more than two million masks, and 9960 protective screens for 3541 outlets.”

“A lot has been expected of our people this year and I’m so proud of the way our team has adapted and dealt with the challenges they’ve faced to keep delivering for Australia across our entire network,” Ms Davies said in a press release announcing the hiring blitz.