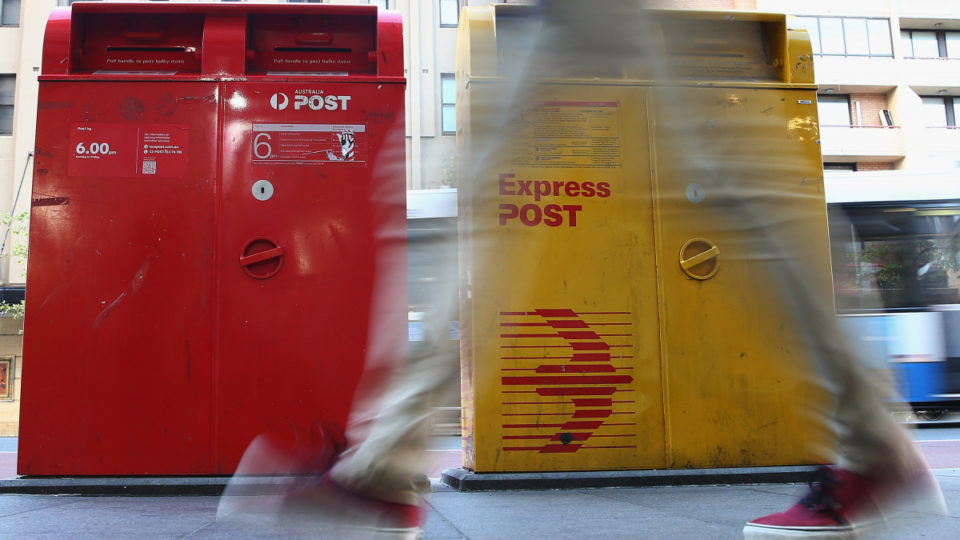 Cuts to Australia Post delivery services have been called into question as the coronavirus pandemic fuels heightened demand, prompting the firm to flag the possibility of seven-day parcel deliveries.

On Wednesday, Australia Post executive Gary Starr raised the prospect of future parcel delivery services on weekends as well as weekdays if the pandemic-induced demand becomes a permanent trend.

But critics have questioned Australia Post’s decision to slash delivery services in metropolitan areas in response to the pandemic, with posties claiming that mail is not being delivered on time.

The coronavirus pandemic has triggered an ongoing boom in eCommerce and parcel deliveries, with online shopping in June up 72 per cent compared to the same time last year.

“As we see growth in online shopping in the years to come, I believe it will become something we do more often, if not full time,” he said.

The firm has set up 16 ‘pop-up’ parcel sorting centres across the nation that could become permanent, Mr Starr said.

The comments come in the midst of a Senate inquiry into the future of Australia Post’s delivery services, which is due to deliver a report by August 11.

The inquiry is examining the firm’s controversial “alternating delivery model”, which sees the frequency of letter and small parcel delivery services in metro areas halved, priority mail scrapped, and some posties redeployed to deliver and process parcels in response to the pandemic.

Earlier this month, the inquiry was told the service cuts, which are set to be reviewed in mid-2021, have led to customers waiting longer for mail.

“Mail has been withheld from customers who have paid to have it delivered,” Lee Morton, a postie from NSW’s Central Coast, told the inquiry.

Some posties have claimed that, since March, they have been ordered to stop working overtime to deliver leftover packages at the end of their shifts, as was previously accepted practice.

Photos taken inside one delivery centre and sent to The New Daily show Express Post parcels stored underneath a delivery manager’s desk, which The New Daily understands was done to prevent posties from delivering them on the day the photo was taken. 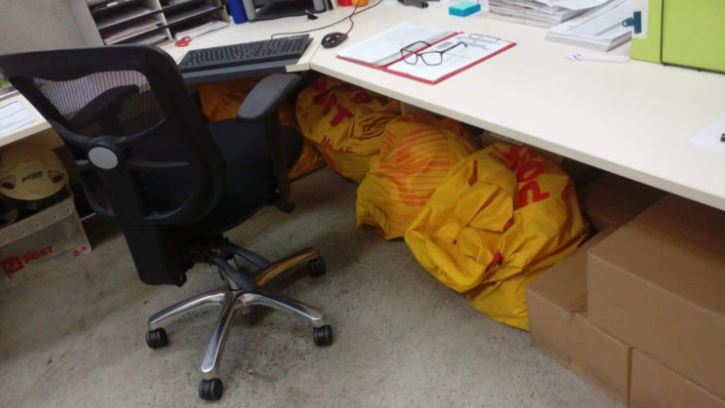 “Why is [Morrison government Communications Minister Paul] Fletcher cutting the delivery frequency of posties to two and three days a week when posties previously carried 50 per cent of total parcel volumes to households every day of the week?” Ms Rowland said.

“Who is going to deliver the small and medium-sized parcels that posties are arguably most efficiently placed to deliver?”

Spokespeople for the minister declined to comment on questions put to them by The New Daily, but pointed to previous statements by Minister Fletcher and Finance Minister Mathias Cormann accusing Labor of running a “scare campaign” over the issue.

The New Daily requested a copy of the letter from Minister Fletcher but it was not provided.

Ms Holgate has publicly pointed to declining letter volumes and elevated demand for parcels as the reason for the service cuts.

But Labor has accused the firm of misrepresenting declines in letter volumes in order to justify the cuts, with figures showing that addressed mail volumes increased by 12 per cent from 139 million in February to 155 million in March after the coronavirus lockdown was under way.

When it comes to the axed priority mail service, newly released data shows that in the 2019-20 financial year around 238.9 million priority letters were carried by Australia Post, generating revenue of $281 million.

Labor Senator Marielle Smith said that businesses that rely on priority mail will be forced to turn to more costly services.

“During a time when small businesses are grappling with the financial impacts of COVID-19 and many merely trying to stay afloat, they cannot afford this significant cost burden,” Senator Smith said.

“When you increase costs for businesses in such a significant way, those costs have to be absorbed somewhere.

The New Daily submitted questions to Australia Post but did not receive a response by deadline.