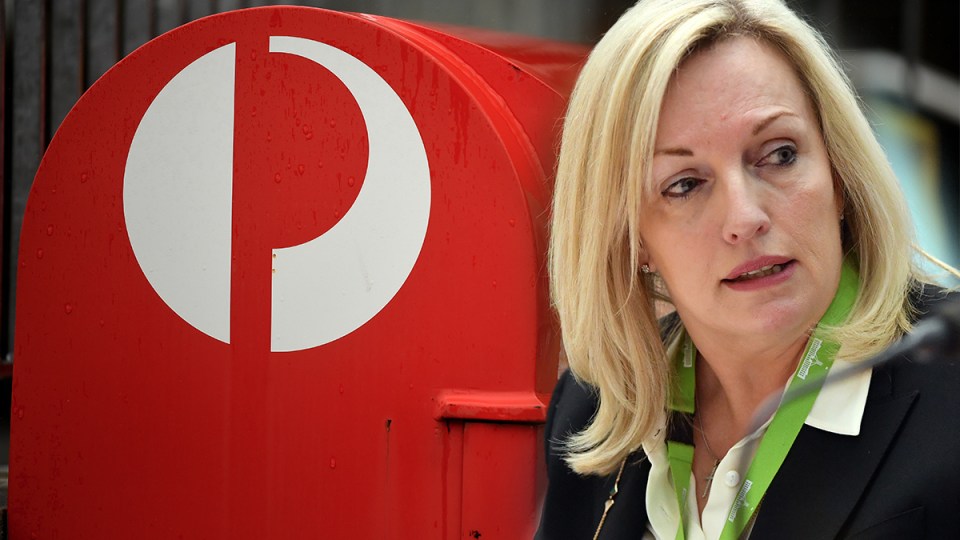 Australia Post has been accused of letting small businesses down during the pandemic.

Australia Post has been accused of letting down small businesses as the coronavirus pandemic-induced online shopping boom reaches new heights.

August 2020 was the biggest month in Australian online shopping history, the postal officials revealed on Thursday, with the number of online purchases for the month up 8.9 per cent when compared to the 2019 pre-Christmas peak and 5.8 per cent higher than April 2020, the previous largest period.

But the national postal service has been plagued by ongoing delivery delays in the face of record-breaking demand, and has faced criticism for pushing ahead with service cuts and failing to hire enough staff despite posting huge profits.

Deakin University marketing and retail expert Michael Callaghan slammed Australia Post’s “short sighted” response to the pandemic, saying small businesses have been let down by service cuts, delivery delays, and the firm’s failure to sufficiently ramp up its operations in response to surging demand.

“The increased demand was unprecedented, however it was entirely predictable,” Dr Callaghan said.

Australia Post’s senior management has shown “a complete lack of strategic direction in terms of developing plans and policies to harness the opportunity” presented by the pandemic surge in e-commerce, he said.

The firm’s vast logistics and human resources network mean “it is the only organisation that could have taken advantage of” the online shopping boom, Dr Callaghan said.

“But they haven’t. They’ve treated it like a threat, and as a result they have put small business at risk across the country.

It’s crippling small businesses that are relying on them for online delivery.”

“Unfortunately Australia Post look after big businesses but not small business. Another one of our parcels has been lost by AusPost but they accept no responsibility,” Ms Cresswell wrote on LinkedIn earlier this month.

“Tracking shows you have it, your help line admits you have it but now you’ve lost it,” the post continued.

“Another $100 package and all we get from Australia Post is ‘lost in transit’ – not our problem. Then AusPost helpline just gives us the excuse that they’re busy. What other company in Australia is allowed to operate like this?” 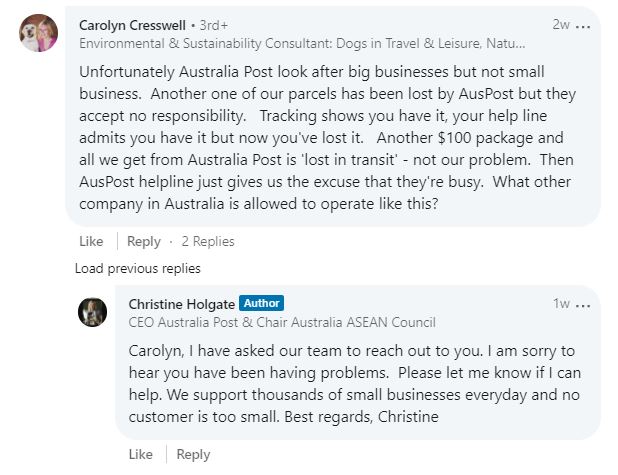 Ms Holgate replied to the complaint, saying that Australia Post’s team would “reach out” to Ms Cresswell.

“We support thousands of small businesses everyday and no customer is too small,” she said.

In a statement on its website, Australia Post says it is “doing everything we can to keep delivering during the coronavirus pandemic and support communities across Australia”.

“Ongoing challenges presented by the pandemic mean there are still some delays as our business operates with additional safety measures to protect our people and customers,” the statement says.

“The majority of parcels are arriving on time.”

Online shopping growth in the locked-down state is up 170 per cent year-on-year, compared to a growth rate of 85 per cent across the country.

“Point Cook in Melbourne’s west holds the number one spot, but suburbs like Craigieburn and Doreen in the outer-north made the top five list for the first time last month,” Australia Post executive general manager for community & consumer Nicole Sheffield said.

For the six months from March, the nation’s top 10 suburbs for online shopping by volume were: