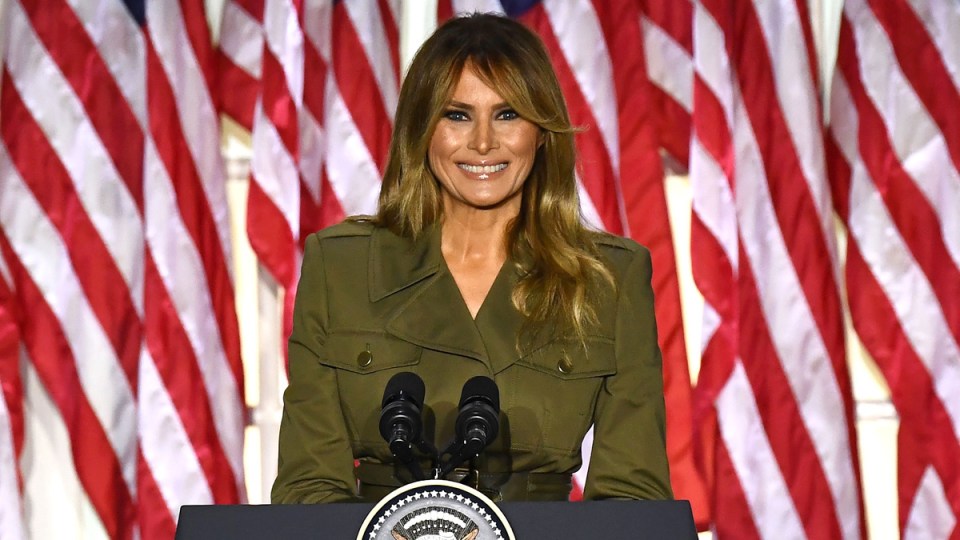 Now that the votes have been counted and all the states declared, showing Joe Biden as the clear winner of the US presidency, it’s half frightening, but also somewhat hilarious to watch the lame duck incumbent, Donald J Trump, and his frosty first lady refuse to accept defeat.

Melania Trump doesn’t give much away, and you have to watch her closely to understand what she might be thinking, noting the way she physically recoils from her husband, or glares mirthlessly at her stepdaughter Ivanka whenever Daddy’s favourite sweeps in to steal the limelight.

But Melania’s cosplay wardrobe choices are a dead giveaway, as she normally dresses like a themed Barbie.

There was a pith hat and a safari jacket in Egypt (Colonial Barbie):

A black lace manilla to meet the Pope (Catholic Barbie):

And plaid shirts in the garden (Rural Barbie):

so it appears @FLOTUS wore this $1,380 @Balmain plaid shirt to today’s garden event. (don’t @ me. i am the messenger.) pic.twitter.com/jgOFvoD7hp

I think we should have been picking up the signs about a possible coup when she marched down the portico next to the White House Rose Garden a couple of months ago to deliver her 2020 RNC speech in a strictly tailored khaki military-style jacket and pencil skirt by Alexander McQueen with a wide belt and significant shoulder pads, and dagger sharp heels, which all had a very authoritarian dictator vibe about it.

Donald and Melania’s theatrics are often not very well thought out, because when he returned from the hospital after his COVID-19 treatment and lumbered up the stairs of the White House to make a supreme-leader-style display of himself on the balcony, with a bit of red lipstick he could have been Eva Perón, not Melania.

He takes off his mask and renders a salute to Marine One as it departs.pic.twitter.com/KayMwtFTMZ

It would be safe to say Melania didn’t have a concession outfit picked out, because her delusional husband obviously has no plans to accept defeat, but if he did she could have worn the “I Really Don’t Care Do U?” parka again that she so graciously wore when she went to visit the caged children at the border.

The only time we have seen her post-election was when she made an appearance at Arlington cemetery on the 11th of the 11th to commemorate what Americans call Veterans Day, wearing an austere tweed coat and standing arm-in-arm with a handsome soldier, not even feigning interest in her sad sack loser husband who was standing in the rain metres away.

There needs to be some new fashion statements for Melania, such as what to wear to a redneck rally to dispute truth, math and the inevitable, which by the looks of the crowd means the oversized T-shirt you slept in with leggings.

But if we start to see a few camouflage outfits, a military greatcoat worn over the shoulders, or even just Timberland boots and a ponytail and jeans while she and Donald remain angrily barricaded in the White House, I think we need to be ready for the onset of martial law. She needs a theme to dress for. And we all know she hates Christmas.