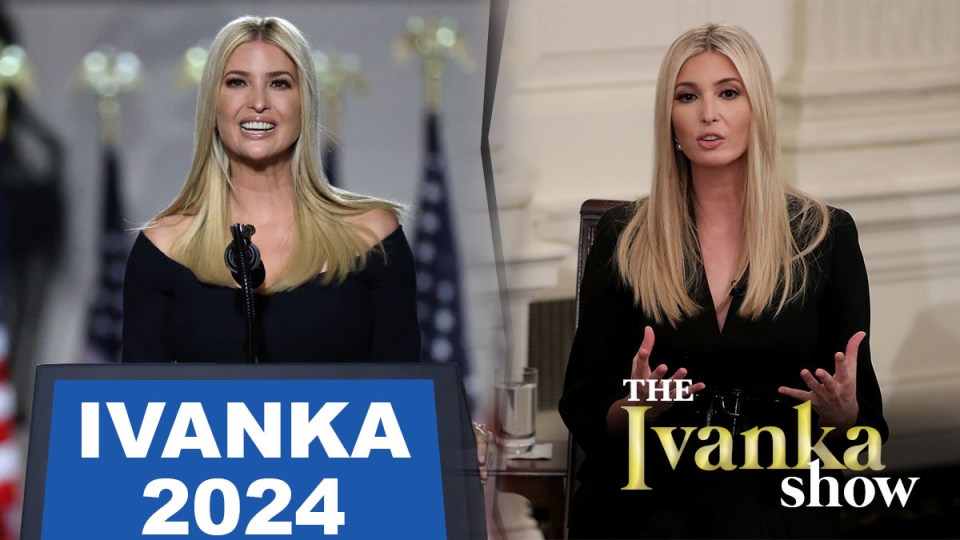 Ivanka Trump may be looking for a new career. Photo: Getty/TND

Ivanka Trump may have to start polishing her resume, as the Trump family prepares to vacate the White House in January, leaving her seemingly unemployed.

With her role as “advisor to the President” now coming to a close, the first daughter is said to be exploring other options.

Reports suggest a return to the world of reality TV is on her horizon, with offers pouring in from shows like Dancing with the Stars.

Others say she may be considering a bid for the 2024 presidency.

Republicans and those within the Trump administration have long hinted the 39-year-old would make a strong contender for the top job, with many suggesting she is keen to continue the Trump political legacy.

Given her father’s tumultuous term in office, Ivanka has become a more palatable consideration for the 2024 Republican candidacy, but will she continue her political career or return to her roots?

One thing remains clear, Ivanka and her husband Jared Kushner won’t be returning to the high-society New York lifestyle they enjoyed before Mr Trump’s 2016 victory.

Reports suggest their former friends and close-knit clique comprising Manhattan’s elite have all but shunned the couple.

A source close to the family told London’s Financial Times that Ivanka and Kushner had resigned themselves to the fact their old life is over.

“They were trying to have their cake and eat it too; stay friends with their friends in New York and have Trump,” the source said.

“As the years went on they realised it was impossible … I think they’ve kind of gone all in on [the idea of], ‘We don’t care about our previous life. We are Trump Republicans and that’s our world’.”

Before packing up for Washington DC, Ivanka worked closely with her father, overseeing “development and acquisitions” at the Trump Organisation.

But the lucrative real estate company may be in hot water by the time she is ready to reprise her role, after a “complex financial investigation” was launched into Mr Trump’s tax returns.

Manhattan district attorney Cyrus Vance Jr and his office cited reports of “extensive and protracted criminal conduct at the Trump Organisation”, so it’s possible Ivanka may seek to distance herself from any further Trump-imposed scandals.

Before overseeing “the education and economic empowerment of women and their families” in the White House, the proud pro-lifer was also managing her clothing line.

But her namesake fashion label, Ivanka Trump, quietly closed in 2018 following political backlash and an online movement to boycott her brand after she was accused of using her father’s Presidency to promote her business.

With two of her former positions now likely off the table, Ivanka may return to the role that made her a household name.

“You have to remember that reality TV made this family superstars,” the source said.

“It was appearing on The Celebrity Apprentice next to their father, Donald Trump, that made Ivanka, Donald Jr and Eric into prime-time stars.

“For the kids to return to reality TV shouldn’t be a surprise and neither should be the fact that Ivanka is the family member that is getting the most offers, including interest from Dancing With the Stars.”

Regardless of whether she intends to stick to the political podiums or start polishing her dancing shoes – over the next few months, all eyes will be on Ivanka.

Dancing away or dragged out of DC: What’s next for Ivanka Trump?