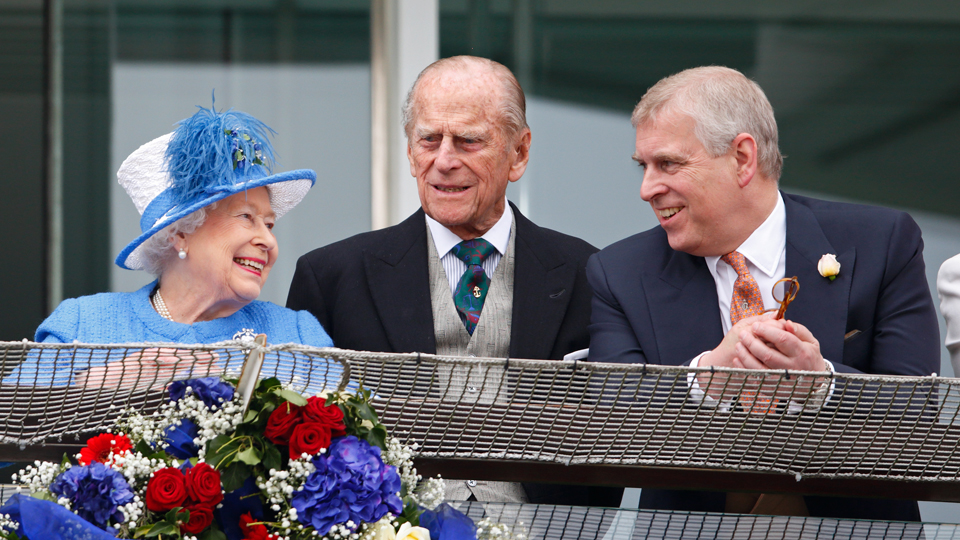 Security was tight when the Queen, Prince Philip and Prince Andrew went to Epsom in 2016. Photo: Getty

Prince Andrew could be stripped of his 24-hour armed police protection in a major downgrade of security recommended by the Home Office.

The Duke of York’s indefinite exile from public life reportedly means he no longer needs an around the clock security detail.

According to the Evening Standard, it is believed Scotland Yard has “completed a thorough review” of Andrew’s situation and “conclusions have been reached and recommendations made”.

A final decision is in the hands of Home Secretary Priti Patel and Prime Minister Boris Johnson.

The loss of Andrew’s police guard comes as the royal family is still reeling from the bombshell announcement Prince Harry and Meghan Markle are beginning a “financially independent” life in Canada.

When a reporter shouted, “How are the discussions going on your future?” Harry smiled but said nothing.

While the Duke of Sussex’s decision to step away from his frontline royal role was his own, his uncle Andrew had no choice in the curtailment of his own public life.

He was effectively forced to quit after his disastrous BBC Newsnight interview over his links with disgraced late pedophile Jeffrey Epstein.

Epstein ‘sex slave’ Virginia Roberts Giuffre has said she was forced into having sex with Andrew three times in 2001 when she was 17.

He has consistently and strongly denied all claims.

The wedding plans of the duke’s eldest daughter Princess Beatrice, 31, and property developer Edoardo Mapelli Mozzi have still not been made public, just months ahead of the expected event.

“A review was ordered into the Met’s protection of HRH The Duke of York once it was announced he was stepping down from royal duties in November,” a source told the Evening Standard.

“Those in charge of royal security cannot write a blank cheque for anyone who does not have a public role for the foreseeable future.

“Round-the-clock armed protection is very expensive. The Met is obliged to review the position to ensure it is justified.”

A withdrawal of public money for bodyguards would mean Andrew, 59,  would either have none or would have to pay for them himself.

The other bad news for Andrew is the Epstein case shows no sign of going away.

The US Virgin Islands prosecutor Denise N George has claimed Epstein, who killed himself in a New York jail cell in August, sexually abused girls as young as 12 on his private islands.

He is alleged to have trafficked them as recently as 2018, according to the BBC.

The first lawsuit filed against Epstein in the Virgin Islands against his estate says the girls were forced into sex at his Caribbean home after being “lured and recruited” .

The suit seeks to seize part of his $838 million fortune and his two private islands, Little Saint James and Great Saint James.

In July 2017, registered sex offender Epstein refused to let an official onto his Little Saint James island for scheduled monitoring, the lawsuit claims.

It also alleges a 15 year old tried to swim away from an Epstein island after she was forced to have sex with him and others.