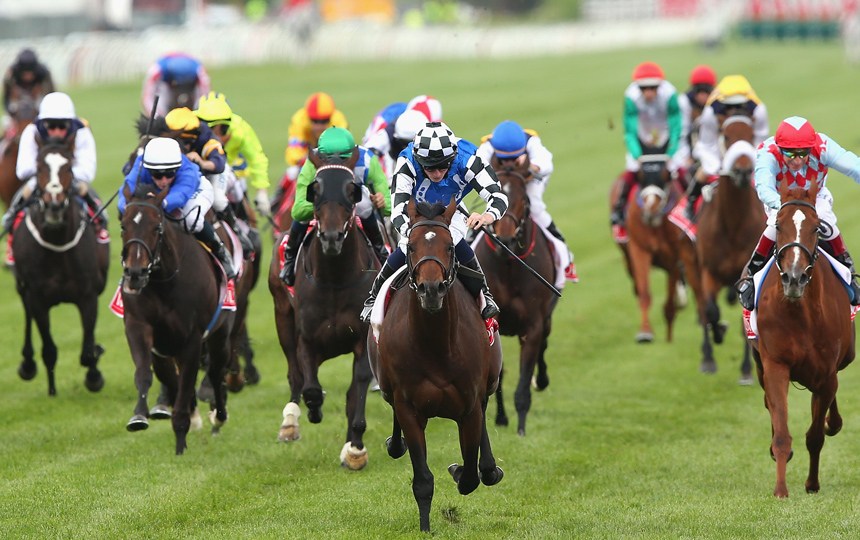 The Baird government’s decision to ban greyhound racing in New South Wales from next year was no surprise.

Greyhound racing has been on the skids for years and got the legislative bullet in the state because it is corrupt, cruel and an easy target.

Unlike horse racing, it’s not the sport of corporate kings.

The dogs are for bush battlers who have little political or economic clout.

The greyhound industry has had lots of bad publicity in recent years.

In 2015, a Four Corners investigation revealed trainers were using live animals to help train their dogs.

But it was the Baird government’s Special Commission of Inquiry into the greyhound industry that finished it in New South Wales.

Its report found that, in the past 12 years, anywhere from 48,000 to 68,000 greyhounds were killed, simply for being too slow, and that between 10 and 20 per cent of trainers had used live-baiting.

Some pundits have used the ban to predict a flow-on effect to horse racing.

That simply will not happen. Why?

Racing is on firmer economic footing, has institutional support from the top end of town, and is seen as an essential part of Australian sporting culture.

Where else in the world do you have a race in the Melbourne Cup that supposedly stops the nation?

Just like the greyhound industry, questions can be asked about horse racing’s approach to animal welfare.

Governments choose not to do so.

The Melbourne Cup itself has highlighted the toll horse racing takes on animals.

In 2013, Verema was ‘humanely destroyed’ after suffering a leg injury during the race.

One year later, pre-race favourite Admire Rakti collapsed and dropped dead while Araldo was put down after a leg injury.

And in 2015, fan favourite Red Cadeaux was another post-race casualty.

They are just the cases we’ve heard about.

And then there’s the alarming matter of horse ‘wastage’.

Not all of the 15,000 thoroughbred foals born each year make it to the track. Some are just too slow.

According to the Professor of Animal Welfare at the University of Queensland, Clive Phillips, 40 per cent will end up as ‘wastage’.

Too expensive to feed and house, many of these horses will be put down through economic necessity.

Horse racing is not without its scandals, either, just like the dogs.

A campaigner to clean up the sport, Bailey said it wasn’t the first time he’d been threatened.

Where the similarities between greyhound racing and horse racing end is that the latter has genuine economic and institutional power.

According to an IER report, horse racing generates $2.1 billion to the Victorian economy and sustains 19,600 full-time jobs.

The Spring Racing Carnival alone contributed $374 million to the state’s economy in 2014 with significant flow-on effects to the retail, tourism, fashion, and food and beverage sectors.

But the big winners are the bookmakers and betting agencies.

Australians invest around $26 billion per year on racing and sports betting, of which $300 million is wagered on the Cup.

Racing is touted as the sport of kings.

In Australia, it’s the kings of corporatism who inhabit racing club board rooms and the more up-market Cup Day marquees.

That is why the same questions will never be posed about horse racing.

With a value of $335.7 million, the dogs are a small and expendable part of the NSW’s $3.3-billion racing industry.

The dogs were easy targets for the Baird government’s bullet.

This is why horse racing’s future isn’t questioned