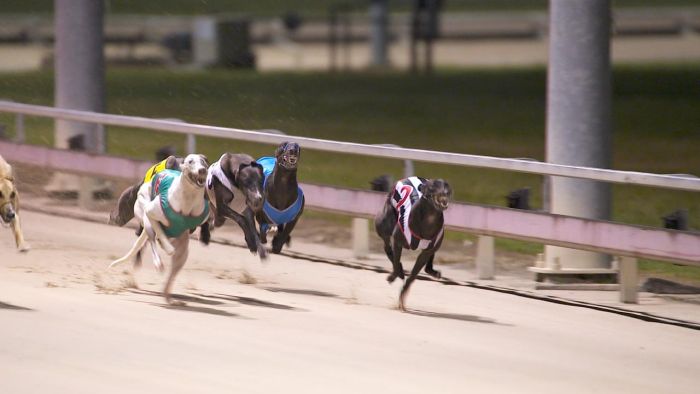 The RSPCA says the New South Wales government’s decision to ban greyhound racing in the state has “the overwhelming backing of the Australian public”.

On Thursday, NSW premier Mike Baird announced the sport would cease in the state from July 1, 2017, following the release of a damning Special Commission of Inquiry into greyhound racing.

The report, provided by former High Court justice Michael McHugh, estimated that between 48,891 and 68,448 dogs were killed in the state in the last 12 years because they were “too slow to pay their way or were unsuitable for racing”.

The RSPCA praised the decision — and the ACT government reacted by also banning the sport.

“The Baird government has made a courageous decision today, but one based on devastating evidence, and that has the overwhelming backing of the Australian public,” Dr Jade Norris, a scientific officer at the RSPCA, said in a statement.

The inquiry’s report found that the practice of “live baiting” remained widespread, despite last year’s sickening allegations on ABC’s Four Corners, and that Greyhound Racing NSW was “deliberately misreporting the extent of injuries suffered by greyhounds at racetracks”.

Mr Baird defended his decision to ban the sport by saying he had no other choice.

“It’s very clear in the report. The report shows that, even if you did the governance, the expectation [was] that live baiting would continue, and there’d be still thousands of dogs that would be slaughtered every year. That was the basis for the decision,” he told Channel 10’s The Project on Thursday night.

Earlier on Thursday, the Premier said a plan was being put in place to manage an industry shutdown, including a strategy to manage the welfare of greyhounds and the future usage of tracks.

Greyhound Racing NSW, which will suspend racing for the next week with immediate effect, issued a statement saying it acknowledged the existence of “completely unacceptable and inhuman practices” in the industry, but said it was “devastated” by the outcome.

“Today is an extremely sad day for the NSW greyhound racing industry and the people involved in it.”

Is animated greyhound racing the future?

The decision saw Tabcorp shares take a tumble, dropping 4.36 per cent to $4.39 at the close of markets Thursday.

The company said it expected consumers to gamble in other areas, including animated greyhound racing.

“However, Tabcorp expects a significant level of substitution will occur to other wagering product, such as thoroughbred racing, harness racing, sport and animated racing.”

“No one expected this … but clearly the report is absolutely damning,” she told ABC News 24.

“Even when this sport was on notice, throughout the year, we have seen doping results for ice. They are giving ice to dogs … it was their year to fix things finally and it didn’t happen.”

What will happen in other states?

While the ACT government quickly announced its support for the NSW decision, there will be no changes in Victoria, Queensland or South Australia.

None of the Perna, Milne or Bittar reports recommended the shut down of Victorian greyhound racing. It is an industry that employs thousands

But since live baiting the industry’s been on notice. Every participant should know it’s future depends on ongoing commitment to reform 3/3

Mr Pakula’s Queensland counterpart, Grace Grace, said: “At this stage we believe that the industry in Queensland does have the capability of reform.”