So the pipes were clogged and the chronically unpunctual plumber who refuses to punctuate his sentences said no worries I’ll be there this arvo and have it sorted for ya and we waited and waited and when he hadn’t shown up we rang to find out where the hell he was and his phone went straight to voicemail so we left a polite message and a few days later his apprentice turned up and a week later it was all fixed.

About the same time the lights went out so we rang the local sparky who is the brother of the plumber and he said no worries mate I’ll be there first thing in the morning and for the next few days we burned through quite a few candles until his ute finally pulled up and he sat there finishing his brekky of sausage rolls and chocolate milk and then he repaired the fuse box in five minutes and of course being patient Australians who are used to waiting we thanked him profusely and paid him in cash and he gave us a fridge magnet for free so we could ring him next time we were left in the dark.

Bad things come in three of course and out of nowhere came the pandemic that shut down the world and stuffed up the economy but it was all good because Scotty from Canberra said he had it under control and he’d be rolling out this huge vaccination program that he called the ‘She’ll Be Right’ scheme or something like that and four million of us would be immunised by the end of March and everything would be sweet as.

You know Scotty of course and you know how much he likes to pretend he’s just a run of the mill average ordinary everyday homegrown Aussie bloke who speaks like us and pretends to work with his head down and arse up but prefers to go slow and easy.

So naturally we assumed we would be in for a bit of a wait until those vaccinations turned up but at least we could pass the time by gloating over how well Australia had coped with the coronavirus pandemic and how glad we were not to live in that socially and politically divided America where the death toll had soared and hospital emergency wards were chockers with thousands of victims on life support.

We started feeling quite smug and even arrogant about ourselves because being world leaders in combatting the pandemic we still expected to have our entire nation fully immunised by the time the US and those poor sods in England caught a glimpse of their first needle.

But that soon changed and while we ordinary Australians might not be the sharpest tools in the shed, we paused for a moment.

We took a breath.

We began to realise that Scotty and his team had been having a decent lend of us and had perpetrated a national stuff-up on a scale not seen since the infamous broadband rollout. 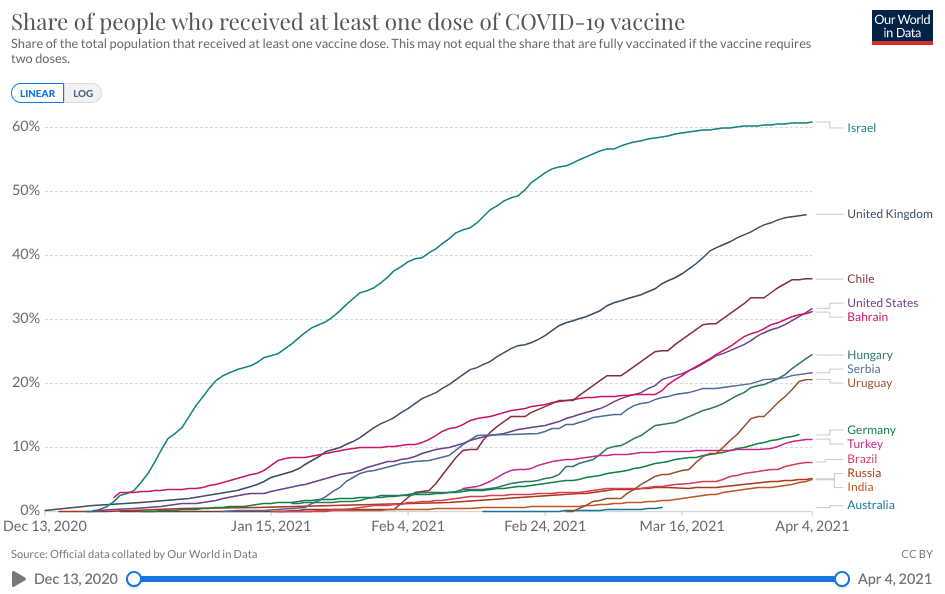 By the start of this week only 600,000 Australians had been inoculated.

That number converts to only 2 per cent of our population, an appalling statistic given that Britain has almost reached the 50 per cent mark while almost 30 per cent of Americans have been fully immunised or had their first of two shots.

Australia’s rollout was certainly hampered by Europe’s apparent decision to block the delivery of several million vaccine doses. But even given that setback, our vaccination tally is shameful by any measure.

If the federal Opposition was not so divided and confused about what it stands for and who it should be representing, Scotty’s ‘She’ll Be Right’ vaccination program, with its lack of transparency and focus on marketing rather than substance, would guarantee automatic dismissal from government at the next election.

It’s also a reminder about why so many of our state leaders have achieved unprecedented levels of confidence over the past 12 months – and where the real strength now lies within the federation.

The pandemic taught the premiers that decisions taken in the interests of public health that were announced clearly and executed promptly produced measurable results that could be understood – and even appreciated – by those who disagreed with them.

The federal government, which delighted in backstabbing and denigrating most non-Liberal premiers last year, has not only ignored this lesson but has also shown an extraordinary level of ineptitude in developing and co-ordinating a national distribution network for its rollout.

It has, at best, deliberately obfuscated details about how and when vaccine doses have been delivered to the states. And it has shown itself to be hopeless at distilling a clear message about the efficacy of the current vaccines.

Consider current community concerns about the danger of getting blood clots from the AstraZeneca vaccine – a fear that has been spread quickly through the usual social media channels like Facebook.

At a large gathering I attended over Easter at least half of those present said they would prefer to wait for the Pfizer vaccine rather than risk the AstraZeneca version, which the majority of Australians are expected to receive. These people were not extreme anti-vaxxers. They don’t even watch Sky News.

Yet concerns about the supposed side effects of AstraZeneca have been allowed to flourish with little clarification from senior government ministers.

In Britain there have been 30 cases of a rare blood clotting disorder associated – but not proven – with the AstraZeneca vaccine. That amounts to roughly 0.00016 of those immunised.

If Scotty really wants Australia to get back to work, it’s clear he needs to hand more responsibility for the vaccine rollout to the states.

He and his government – and their equally hopeless federal Labor opponents – can then return to what they do best: Perfecting that Australian working tradition of being all talk and no action.

Garry Linnell: Why Morrison’s ‘She’ll be Right’ vaccination model is failing on so many levels