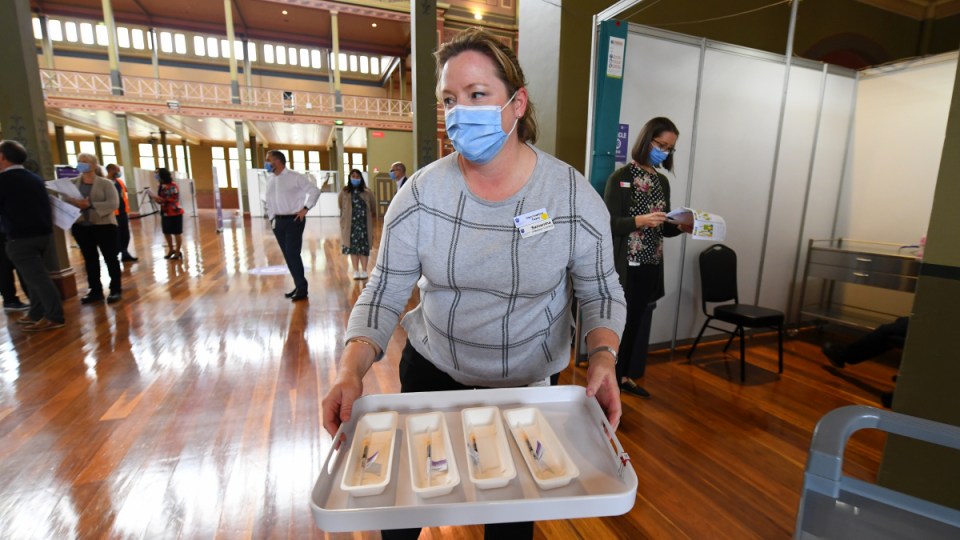 A vaccination blitz of year 12 students begins in Victoria on Monday. Photo: AAP

Labor has thrown its support behind establishing stadium-style coronavirus vaccination hubs to speed up the national rollout.

Australia is on track to record one million vaccinations by the close of business on Monday, but the milestone is a long way short the four million inoculations the federal government promised by the end of March.

The United Kingdom has transformed churches and warehouses into vaccination hubs and the United States has used sporting stadiums.

“Each state and territory is looking at what is the best way to meet the needs of their local population and to get the vaccine out to the people of Australia.”

However, the federal government has played down the need for mass vaccination sites, insisting its growing network of general practice clinics has the program under control.

But opposition health spokesman Mark Butler said the strategy was not working and it was time for new ideas.

“I don’t understand why the Commonwealth is so resistant to an idea that has been rolled out in pretty much every country I have looked at around the world,” he told ABC radio on Monday.

“These large vaccination centres of the type that state governments would be able to operate fairly straightforwardly are the way in which other countries are racing ahead of Australia in their vaccine rollout.”

Mr Butler also wants pharmacists brought into the rollout sooner after chemists warned they had been delayed by a month and would not start administering coronavirus jabs until June.

He said it was unfair to force general practices to go it alone.

“I don’t think the numbers lie. And the numbers show how far behind we are. The strategy put together by the Commonwealth is not working,” Mr Butler said.

“There’s just not enough hands at the wheel and the Commonwealth has got to recognise that.”