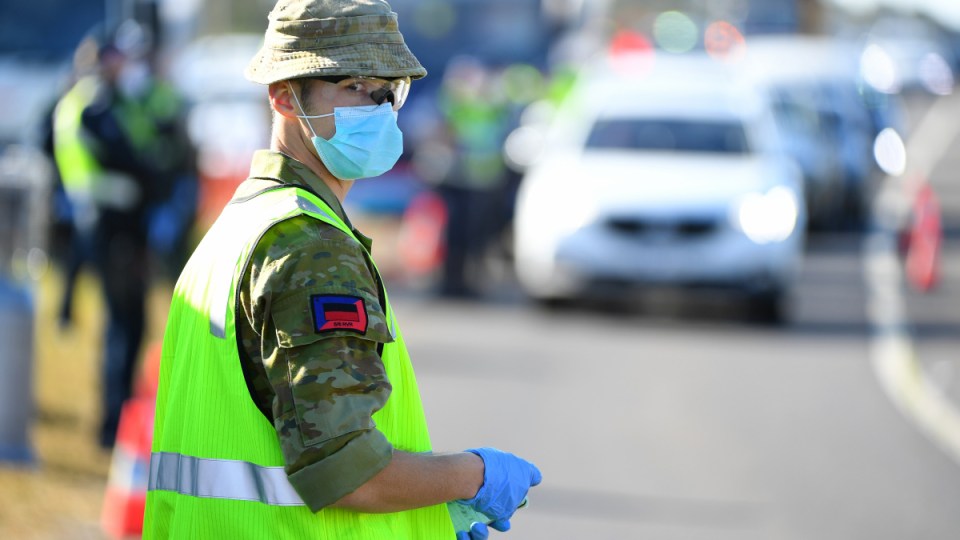 Virus restrictions may last up to 12 months in Victoria, the Premier has warned. Photo: AAP

Victoria faces months of virus restrictions, even once its toughest measures are wound back within weeks, Premier Daniel Andrews says.

“A set of rules will be needed for the medium and the long term,” he said on Wednesday.

“Not Stage 4. But a Stage 2, 1, whatever it might look like, as we wind back movement restrictions that have been critical to this point in driving down numbers, and which then allows us to open things up again.”

Victorians had 149 new COVID cases on Wednesday, halting a downward trend in recent days hallmarked by 148 infections on Tuesday and Monday’s seven-week low of 116.

Sadly, it was also the state’s second deadliest day yet in the pandemic, with 24 more deaths on Wednesday. That was just one short of its record deadliest day – when 25 deaths were confirmed on August 17 – and brought Victoria’s COVID toll to 462.

Twenty one were linked to outbreaks in aged-care homes.

It came as Victorian Australian Medical Association president Julian Rait said 612 staff at Frankston Hospital, in Melbourne’s south-east, had been stood down following a coronavirus outbreak.

There are 44 active cases linked to the hospital’s cluster, which was linked to at least 51 cases last week.

Virus outbreaks among healthcare workers have been a feature of Victoria’s second wave. There are still 434 active case infections in health workers, and concerns about new cases at several hospitals.

“But three days under 150 is not bad. I think they’ll continue on their downward trend,” he said on Thursday.

At midnight on Wednesday, Melbourne will pass the halfway mark of its six-week shutdown of all but essential businesses. Along with other Stage 4 measures, including restrictions on movement and a curfew, it is due to last until at least September 13.

Regional Victoria is under less strict regulations until at least the same date.

But Mr Andrews would not be drawn on what Melbourne’s replacement restrictions would be – or when they would be announced.

“I wish I could give you a definitive date on what Stage 3 would be,” he said.

“But that would be to say that we wouldn’t look at what was happening in terms of data, the science, the evidence.”

However, he said Melbourne would not go from “Stage 4 rules to no rules”.

“I think people can plan for that if they have got a sense that, OK, here is a strategy for many, many months. Here is what 2021 looks like – the whole year,” he said.

“I couldn’t rule out at the end of 12 months, you wouldn’t need rules. That isn’t designed to frightened people. [It’s] a statement of fact.”

Professor Sutton said he expected Victoria’s restrictions to bring infections under control by the end of the six weeks.

“They’ll also be under control in terms of the turnaround time for testing, the follow-up for every case and every close contact,” he said.

Meanwhile, negotiations for a legislative change to extend Victoria’s state of emergency beyond September 13 continue.

The Andrews government faces an uphill battle because the opposition has ruled out supporting the bid to allow a further 12 months.

Ms Patten tweeted on Wednesday that she was “confident the government and crossbench would reach a compromise … [that] is more nuanced and allows the government to effectively manage this situation for the foreseeable future”.

Months of virus measures for Victoria, as ‘stubborn’ infections refuse to fall