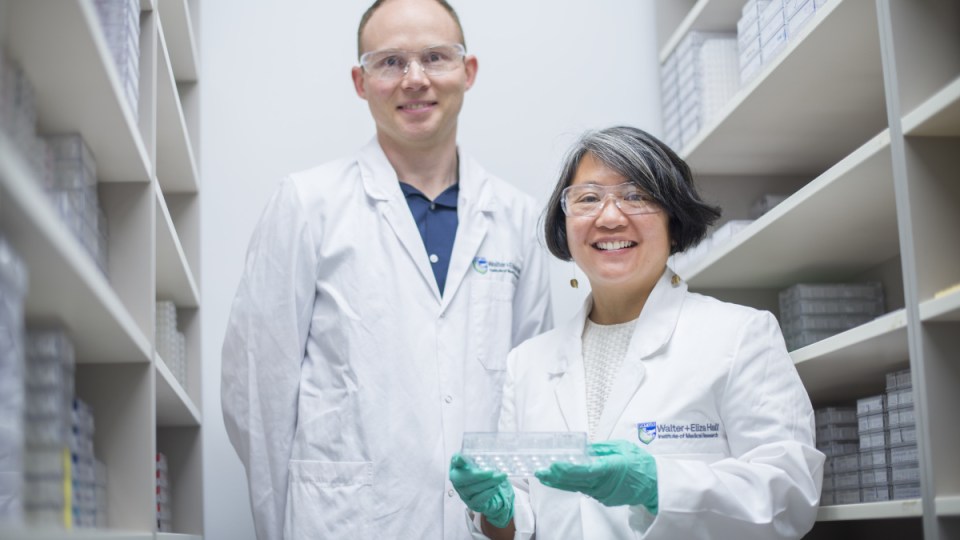 Victorian scientists have revealed details of a potential new coronavirus treatment that offers hope on another grim day in the state’s fight against the pandemic.

The antibody treatment is being worked on by a consortium of scientists funded by the state government, including Associate Professor Wai-Hong Tham from Melbourne’s Walter and Eliza Hall Institute.

“What we’re interested in is actually developing antibodies that can block the entry of the virus into the cells and, therefore, stop virus infection,” she told a media briefing in Melbourne on Wednesday.

Antibody-based therapies have been used to treat cancers and multiple immune disorders, and Associate Professor Tham said they offered amazing potential to treat and prevent COVID-19.

“What we’re hoping to do is to provide it prior to someone who has an infection. So, in particular, in settings of elderly populations, who can’t mount an immune response, prior to outbreak you can deliver an antibody-based therapy to protect that population,” she said.

Work on the potential treatment has been intense.

“I have never seen groups of people across the road within Victoria, within Australia, mobilising scientifically in such an amazing and passionate way,” she said.

“You know, it’s incredibly fast work … we are looking at clinical trials early next year.”

Details of the potential treatment came as Victoria confirmed 24 more COVID fatalities on Wednesday. It is the state’s second-highest daily virus toll, after 25 deaths were confirmed on August 17.

Twenty-one of the fatalities were linked to outbreaks in aged-care homes.

There were also 149 new infections on Wednesday, a disappointing steadying of the downward trend in recent days hallmarked by 148 infections on Tuesday and Monday’s seven-week low of 116.

Premier Daniel Andrews urged Victorians to stay the course, as Melbourne passed the midway point of its six-week shutdown of all but essential services.

“Today, of course, marks the halfway mark from industry closures … about three weeks ago today, or midnight tonight,” he said.

“To have the numbers down from the 700s down to a weekly trend now that sees them well and truly into the 100s, that is a mighty effort and there’s a big team working very hard, but the biggest team and the hardest work is going on in every household, in every community, in every part of our state.”

It still had 3488 active infections on Wednesday. There are 578 people in Victorian hospitals, including 39 in intensive care.

Despite significant improvement in recent weeks, Mr Andrews would not be drawn on what the state’s next stage of restrictions would look like – or even when it would begin.

“We will give people as much notice as we can about what the next stage looks like,” he said.

He made the case again for his push to amend Victoria’s state of emergency legislation to allow it to be used for a further 12 months.

Mr Andrews will have to strike a deal with crossbenchers to get the legislative change over the line after the Coalition opposition ruled out backing it. On Wednesday, he said he was confident of reaching agreement and getting the amendment through parliament next week.

One is in hotel quarantine, while the origins of the remainder are still being traced.

It came as hundreds of quarantined travellers were moved out of a Sydney hotel amid claims of dirty rooms and guards not wearing masks.

NSW Police worked overnight on Tuesday to relocate 366 people from Travelodge Hotel to “more suitable” accommodation after it was found not to be complying with health standards.

The budget hotel, listed at $120 a night online, has been dumped from the state’s quarantine program after it was found not to meet expectations, with police deciding to relocate all guests.

Meanwhile, Queensland’s youth detention centre cluster has risen to 11 cases, with the addition of one more infection on Wednesday.

State health authorities said the infected person was a close contact of an existing case and was already in self-isolation when the positive test was returned.