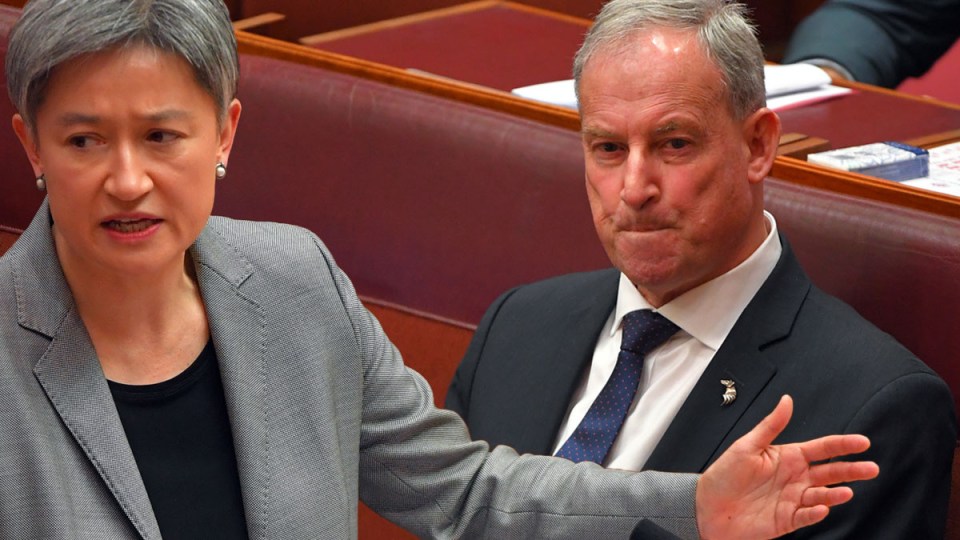 Senator Colbeck did not wait for Labor's response to his statement on Thursday.

Prime Minister Scott Morrison has defended his beleaguered aged care minister, who walked out of the Senate during a debate on the response to COVID outbreaks in nursing homes on Thursday.

Mr Morrison said Richard Colbeck – who has had a bruising week in federal parliament – had urgent business to attend to when he left the Senate immediately after giving a statement about deadly errors in the virus-ridden aged-care sector.

“The Aged Care Minister left the chamber to deal directly with some very serious issues that were happening in a couple of centres, which is what his job is,” Mr Morrison told Seven’s Sunrise on Friday.

“This is a job he is doing morning, noon and night.”

Long before deadly coronavirus outbreaks in Victoria and NSW, the aged care royal commission warned the government about understaffing and workforce issues in the sector.

Counsel assisting the inquiry said the government had no plan for the pandemic, instead leaving the sector to rely on a set of guidelines.

More than 360 residents of aged care homes have died so far in the COVID pandemic, with more than 120 homes suffering an outbreak.

Thousands of staff and residents have been infected.

Senator Colbeck was ridiculed last week when he was unable to immediately cite the latest figures on deaths at a Senate committee hearing.

On Thursday, he was asked to update the Senate on the federal government’s COVID aged care response. He also apologised again for failings in the Morrison government’s COVID response, admitting to “missteps” in health officials’ handling of virus outbreaks in nursing homes.

But he sparked fury from the opposition when he left the Senate immediately after his speech, rather than listening to Labor’s reply.

Mr Morrison has pushed back against repeated calls from Labor to sack Senator Colbeck.

“This is just such an open and shut case,” Opposition Leader Anthony Albanese has said.

“Isn’t there one person who’s worthy of promotion to take charge of this portfolio? Because quite clearly, this bloke just isn’t up to it.”

On Friday, Mr Morrison denied Senator Colbeck was overwhelmed by his portfolio.

Asked whether he stood by Senator Colbeck, the Prime Minister said: “Of course I do.”

Last Monday, however, Senator Colbeck was stripped of responsibility for decisions about activating aged-care emergency measures during a COVID-19 outbreak.

Responsibility for declaring if and when an Aged Care Emergency Response Operations Centre – aimed at suppressing virus outbreaks in nursing homes – is mobilised was shifted to federal Health Minister Greg Hunt.

Health authorities have warned that there are more COVID fatalities to come in Australia. The majority of people to die in Victoria’s second wave have been connected to aged-care outbreaks, and 513 Victorians remained in hospital on Friday.

All 12 of Victoria’s fatalities reported on Friday were linked to aged care outbreaks.