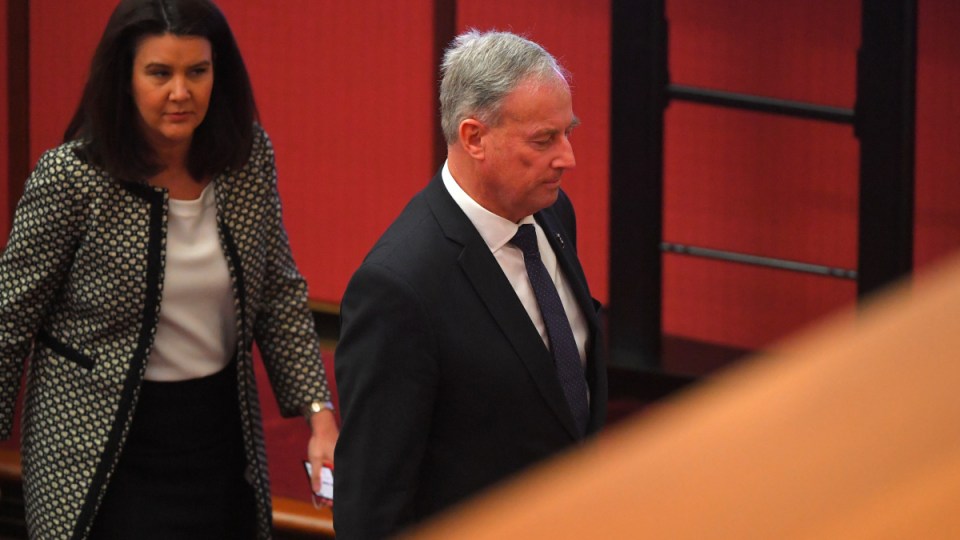 Embattled Aged Care Minister Richard Colbeck has again apologised for failings in the federal government’s COVID response, admitting to “missteps” in the response of health officials to virus outbreaks in nursing homes.

Senator Colbeck has also come under fire from Labor after leaving the Senate immediately after his speech on Thursday, rather than listening to the opposition’s reply to his latest mea culpa.

It comes as the royal commission into aged care released research showing the sector needs at least $620 million extra a year to upgrade all homes to high quality.

The minister was asked to update the Senate on the federal government’s COVID aged care response. More than 350 residents of aged care homes have died in the pandemic, with more than 120 homes suffering an outbreak, and thousands of staff and residents infected.

Senator Colbeck was ridiculed last week after being unable to immediately cite the latest figures on deaths, when asked during a Senate committee hearing.

On Thursday, he again apologised for not having the numbers to hand.

“There have been missteps,” he admitted, saying he was “accountable” for the system.

“We have a far from perfect aged-care system.”

The minister, and Prime Minister Scott Morrison, have stressed that 97 per cent of aged-care homes in Australia have had no COVID outbreaks.

However, Labor was left incensed after Senator Colbeck left the chamber immediately after his speech, despite opposition senator Penny Wong being scheduled to make a response to his address.

This is the moment the Minister for Aged Care turned his back on accountability and walked out of the Senate.

He can't keep dodging responsibility. More than 360 people have died in aged care homes run by the Morrison Government.

Australians deserve so much better than this. pic.twitter.com/OwgNobbfyn

“Maybe you should stay and listen to what the Senate has to say, Minister Colbeck,” she said, as he stood to leave as she began her speech.

“It is a disgrace that this minister leaves the chamber when the Parliament is taking note of his statement.”

“Those four circumstances were unacceptable outcomes,” he said.

“My fear when the COVID pandemic hit in Victoria was that we could have potentially seen far more, because of the scale of that outbreak. And as horrific as those four cases were, I’m so pleased it did not extend to so many more.”

A report released this week into the Newmarch House outbreak in NSW found many mistakes there were repeated in Victorian outbreaks, including at the St Basil’s and Epping Gardens homes. The Newmarch report flagged issues around staffing, communication, infection controls and personal protective equipment – with some of these errors repeated months later in Victoria.

The royal commission heard earlier that “a degree of self-congratulation, and even hubris, was displayed by the Commonwealth government” between the Newmarch cluster in April and Victoria’s outbreak in June.

On Thursday, Mr Morrison said lessons from Newmarch “had been specifically applied, including in the case of St Basil’s”.

Research conducted by the University of Queensland and released by the royal commission on Thursday found 11 per cent of all aged-care homes in Australia were classed in the “worst group” for quality.

“The aged-care homes most likely to be in the best quality group were small-sized or government-owned homes,” it said.

“In the lower quality group, for-profit providers represented a higher proportion of facilities than their relative importance in the sector.”

“Part of where it has gone wrong is that we have turned looking after our older Australians into one more force of profit. We have let humanity and dignity become subordinate to the bottom line,” he said.

“The problems that have arisen, if you look at where  they are, they are almost exclusively in the for-profit system at the moment, and that should tell the story about a failure to properly regulate the system, which is the Commonwealth’s responsibility.”

Mr Albanese used his speech to urge the government to consider guaranteeing minimum staffing levels in aged care, to better plan for surge workforce capacity, and to give the royal commission extra resources to look at the sector’s COVID response.

‘Disgrace’ as Aged Care Minister ‘walks away from scrutiny’