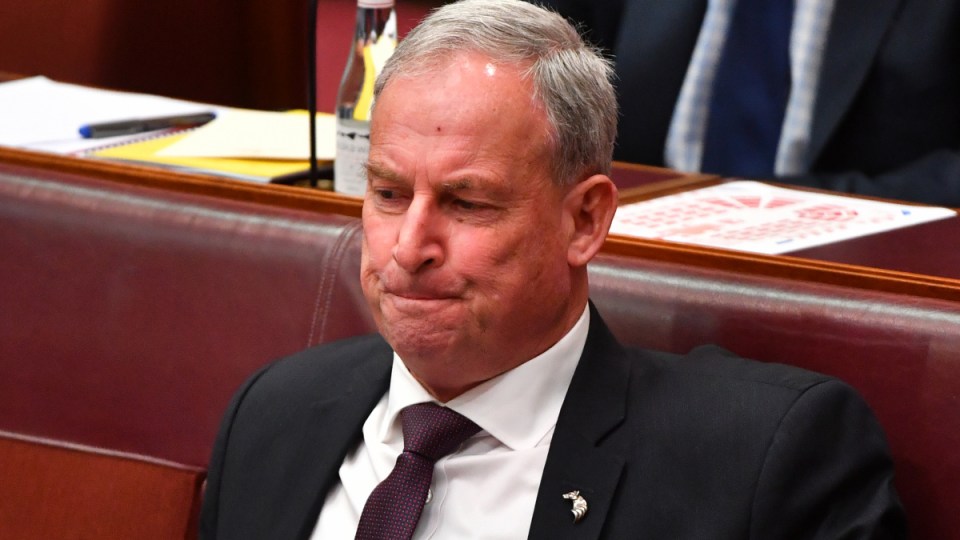 Aged Care Minister Richard Colbeck has been stripped of responsibility for decisions about activating aged-care emergency measures during a COVID-19 outbreak, as calls grow from him to be sacked.

Responsibility for declaring if and when an Aged Care Emergency Response Operations Centre – aimed at suppressing virus outbreaks in nursing homes – is mobilised has been shifted from Senator Colbeck to Health Minister Greg Hunt, according to a report in The Australian.

On Monday, Senator Colbeck apologised for not knowing how many deaths were linked to nursing homes at a parliamentary hearing last week.

But under pressure in parliament, he again stumbled over the numbers as the opposition applied the blowtorch.

Labor leader Anthony Albanese seized on the report that Senator Colbeck had been stripped of some responsibilities.

“That is just bizarre,” Mr Albanese told his Labor colleagues on Tuesday.

“It’d be like saying to one of the Comcar drivers, ‘You’re still a Comcar driver but you’re not allowed to drive the car’. It’s absurd.”

Mr Albanese is demanding Senator Colbeck be sacked for not preparing the sector for further outbreaks after COVID cut a deadly swathe through Newmarch House and Dorothy Henderson Lodge in Sydney.

Both outbreaks were before the tragic toll in Victoria.

There have been 335 coronavirus deaths linked to aged care nationally, 295 of them in Victoria.

A new Essential poll released on Tuesday also showed more than 70 per cent agreed that poor hygiene and care standards in private homes contributed to spreading the virus.

Roughly the same figure said long-term underfunding of the sector had worsened the impact of coronavirus in aged care.

Asked who was to blame for aged-care outbreaks, 42 per cent of survey respondents pointed the finger at aged-care providers.

State governments were at 30 per cent, ahead of the federal government at 28 per cent.

Just 49 per cent of people correctly identified the federal government is responsible for funding and regulating private aged care.

Council on the Ageing chief executive Ian Yates defended Senator Colbeck, saying he had been “all over” the government’s response in the sector.

“We are in meeting after meeting with the minister,” he told Sky News.

“He’s across the detail of what’s happening. He’s been a fearsome advocate within the government for the sector.”

“This sort of fascination in numbers and gotcha moments, to be quite honest, it’s a bit of an insult,” he said.