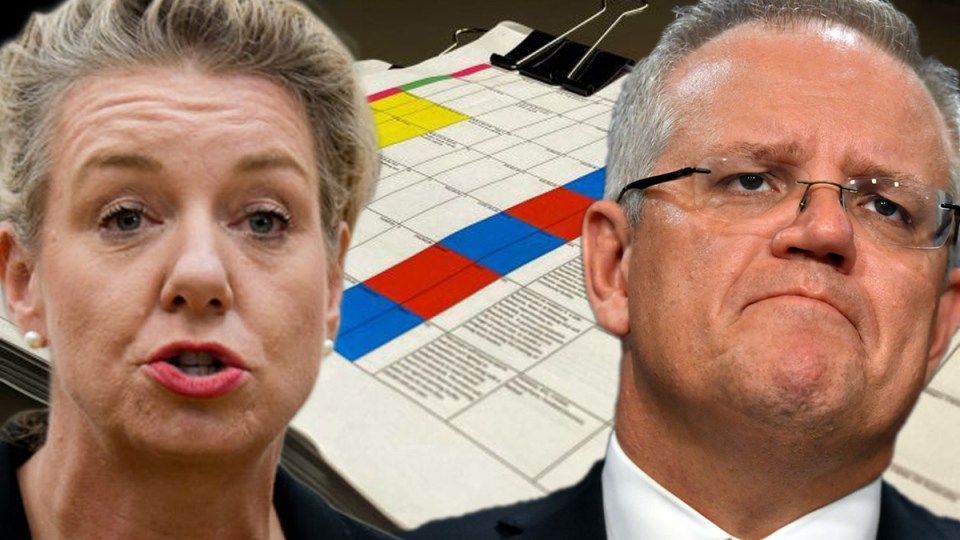 Bridget McKenzie was forced to resign while Scott Morrison is dogged by the "sports rorts" controversy. Photos: AAP/ABC

Prime Minister Scott Morrison has swatted away renewed calls to release a secret report into the $100 million sports rorts scandal.

But – in stark contrast to scathing findings by the Auditor-General – Mr Gaetjens found no evidence of pork-barrelling in seats targeted by the Coalition in the May 2019 federal election.

The government has steadfastly resisted pressure to release the Gaetjens report – but Mr Gaetjens did write last week to the Senate inquiry investigating the grants program.

In his six-page submission to the inquiry, Mr Gaetjens said Senator Bridget McKenzie had told him she had never seen the now-infamous colour-coded spreadsheet that advisers used to assess grant applications.

His submission came just a day after conflicting testimony to the inquiry about the eligibility of grants handed out by the Coalition before the federal election.

“The information that people have been seeking has been well set out by the statement of the secretary,” Mr Morrison said on Wednesday.

But he also said her office’s separate approval processes were not unduly influenced by reference to “marginal” or “targeted” seats.

“It is not the policy of our government or any government to have cabinet-in-confidence materials, of the governance committee in particular, released,” he said.