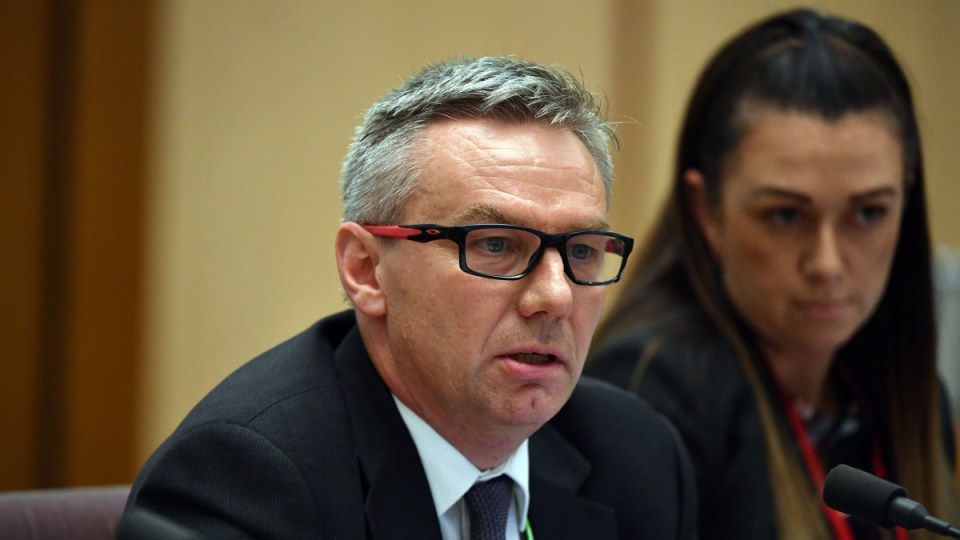 Brian Boyd from the Auditor-General department appears before a Senate inquiry into the sports rorts affair on Thursday. Photo: AAP

Former Liberal frontbencher Eric Abetz has delivered one of the more spectacular political own goals in recent history, inadvertently demolishing the Prime Minister’s central sports rorts defence and revealing a stunning 43 per cent of projects that secured funding were ineligible.

Officials also confirmed that the Prime Minister’s Office made “direct” representations about which projects to fund and the Liberal Party submitted a wish-list of projects in the key marginal seat of Longman it hoped to snatch from the Labor Party.

In shock evidence, the Australian National Audit Office has now revealed that 290 projects were ineligible.

The surprising answer was delivered on Thursday night at Senate estimates as MPs questioned ANAO executive director Brian Boyd on his damning investigation into the $100 million program.

“Next issue I seek to clarify, you did find that no ineligible project or application was funded?” Senator Abetz asked.

It was designed to be a ‘Dorothy Dixer’ answer, giving Mr Boyd the opportunity to parrot Scott Morrison’s core defence.

Instead, Mr Boyd blew a whole in Mr Morrison’s repeated claims that the recipients were eligible under the scheme.

“No, Senator, that’s not what we found,” Mr Boyd said.

“So if you go to the start of chapter three, which is the chapter on assessment, the finding there was ‘ineligible applications were identified and no applications assessed as ineligible were awarded grant funding’.

“What then happened subsequently was there are applications, late applications were taken on board, which were ineligible under the guidelines.

“And there were 270 or something where the project had started before the funding agreement was in place, which is also ineligible under the program.

“So we get to around 43 per cent of those which were awarded funding, by the time the funding agreement was signed, were ineligible.”

The embarrassing gaffe suggests that Senator Abetz had not read that section of the ANAO report.

Mr Morrison has repeatedly claimed that all of the projects were worthy of funding and eligible under the scheme.

“The Auditor-General found that there were no ineligible projects,” the Prime Minister told radio station 3AW on January 20.

He appeared to be caught by surprise by the revelations on Thursday night during a press conference announcing an extension of travel bans for people who have travelled through China.