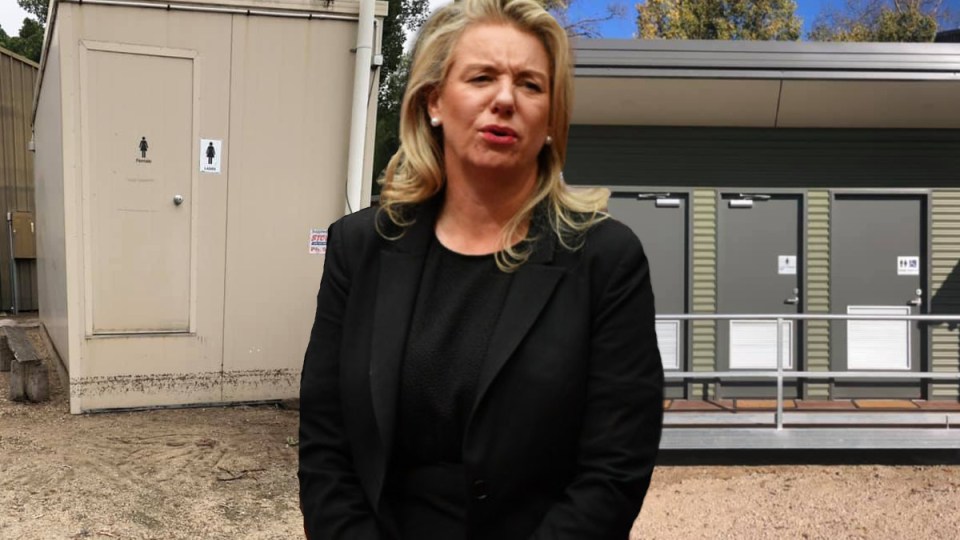 It looks like it wasn't just these new loos that had Bridget McKenzie deep in it. Photo: Facebook/ AAP

Senator Bridget McKenzie has flushed her ministerial career, resigned from cabinet and as deputy leader of the Nationals over a grant for a new toilet block for a gun club under the “sports rorts” scheme.

The new loo for the Wangaratta Clay Target Club proved her undoing, because she failed to declare she was a new member of the club when she decided to award it $36,000 for a toilet block during her tenure as sports minister.

Prime Minister Scott Morrison announced on Sunday afternoon that a report into the scheme found Senator McKenzie had breached ministerial standards by failing to declare she was a new member of the Wangaratta Clay Target Club.

“The secretary found that this was in breach of the ministerial standards,” Mr Morrison said.

“There are also a number of other matters relating to another organisation, but that one in particular dealt with a conflict of interest for an actual applicant had received the grant.

“On the basis of that, and it is a conflict of interest in the failure to disclose, the minister has tendered her resignation to me this afternoon.”

The PM also piled on the praise for Senator McKenzie, amid reports she could implicate his office in the scandal over the $100 million grants scheme.

“I want to thank Bridget McKenzie for the outstanding job she has done in serving both in my cabinet and my predecessor’s cabinet,” Mr Morrison said.

“She has been a drought champion for these farming and rural communities around the country.”

“This is federal cabinet. There are standards that must be upheld and she understands that, and so do I. But I don’t think that that in any way takes away from the outstanding work that she has done as a minister both in my government and my predecessor’s government.”

Mr Morrison’s department secretary Phil Gaetjens, his former chief of staff, was tasked with investigating the scandal, after a damning report from the Australian National Audit Office.

However, in stark contrast to the ANAO, Mr Gaetjens argued Senator McKenzie had not breached any other ministerial standards during the decision-making process.

The PM refused to release the Gaetjens report into the scandal.

Senator McKenzie had previously refused to quit and had hung tough for nearly three weeks since the controversy first flared, defying predictions that she would resign 10 days ago.

But The New Daily can reveal she may have fallen foul of the ministerial guidelines previously because she is also a member of the Sporting Shooters’ Association of Australia, which secured a slice of $22 million in funding in 2018.

Under an editorial headlined ‘Shooting sports in the money’, SSAA Victoria president Denis Moroney praised Senator McKenzie as a true friend of shooters.

“The only disappointment is that Senator Bridget McKenzie has been shifted from Minister for Sport to Minister for Agriculture, which means we lose a strong advocate for the shooting sports in the portfolio where we would benefit most,” he said.

“Senator McKenzie was instrumental in securing grants for the shooting sports during her tenure and was a positive voice for firearms users amid the tide of anti-gun politics.

“She is also a good friend of the SSAA and hope she will help us establish new connections with the new minister.”

Treasurer Josh Frydenberg told the ABC’s Insiders that he accepted the saga called for improved standards.

“What they would appreciate I think is more transparency and accountability following up the recommendations of the Auditor-General’s report, and as I’ve said, we’ve accepted those recommendations,” Mr Frydenberg said.

In a statement, Senator McKenzie insisted her membership of the Wangaratta club was not a factor in her decision to upgrade its loo.

“At no time did my membership of shooting clubs influence my decision making, nor did I receive any personal gain,” Senator McKenzie said.

“However, [I] acknowledge that my failure to declare my memberships in a timely manner constituted a breach of the Prime Minister’s ministerial standards.”

Her replacement as deputy leader of the Nationals is likely to be Nationals MP David Littleproud or Victorian Darren Chester.

A ballot will be held for the job when Parliament returns this week.