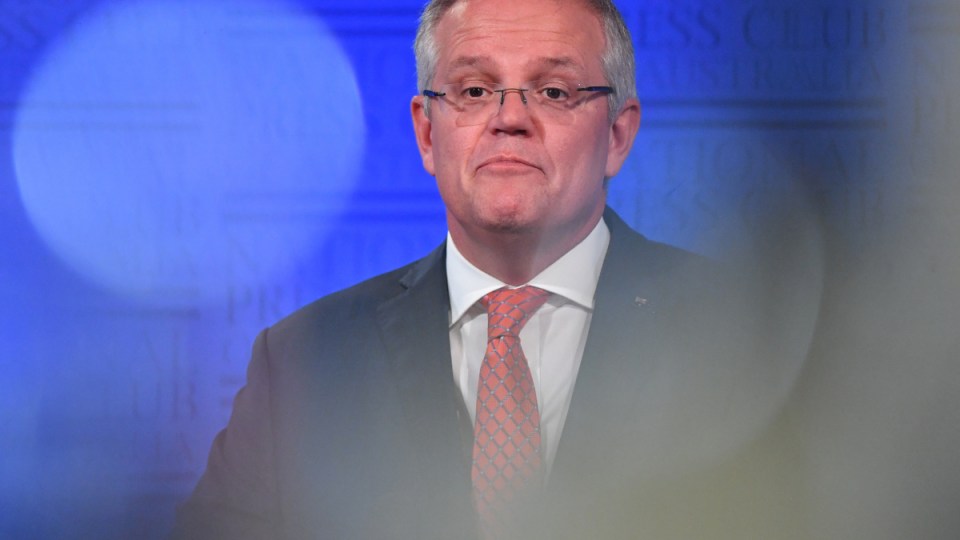 Scott Morrison's comfortable Coalition government could be overturned from out of left-field. Photo: AAP
analysis

If you don’t live in Queensland, you might not have ever heard of the Liberal National Party. Or you may have assumed it’s just another way of referring to the Coalition, which is made up of the Liberal and Nationals parties.

But the LNP, as it is usually called, is an entity in its own right – but only in Queensland – and you might be hearing a lot more about it in the days and weeks to come.

Much like the Country Liberal Party, which only exists in the Northern Territory, the LNP only exists in Queensland. It was created when the Liberal and Nationals in that state decided to formally merge their two parties.

And just like the CLP politicians elected to the federal parliament, LNP politicians choose to ‘sit’ with the Liberals or Nationals when in Canberra.

This makes the LNP a microcosm of the Coalition on the national scale – a so-called ‘broad church’ that must find ways to accommodate the frontiersmen and farmers representing remote and rural electorates, as well as the lawyers and small business operators who represent the urban and city seats.

It’s not always a happy marriage, demonstrated by the many times a disgruntled former Nationals member of the LNP calls for the merged party to be split apart so that the rural members can go back to ignoring the needs of city folk.

There are also common calls – usually also from LNP members who sit as Nationals in Canberra – for the LNP to ‘break away’ from both the Liberals and Nationals, effectively creating a third party within the Coalition.

Just checking – did McCormack or the Nats party room choose Damien Drum to be Deputy Speaker?

This is essentially what the rebel LNP member and supporter of Barnaby Joyce, Llew O’Brien, did this week when he ‘resigned’ from the Nationals but said he would continue to support the government and go to Coalition party room meetings.

Yes, that’s the same Llew O’Brien who was subsequently elected as deputy Speaker over the government’s preferred candidate thanks to at least five Nationals MPs voting for him with Labor and the crossbench.

@JElliotMP Llew O'Brien is terrified of Twitter so it is up to you as deputy chair to answer petition problems. This doesn't seem to have been referred yet. Why? https://t.co/VZ6mLbBrMS

— Tony, aka Jon Snow because I know nothing (@AnarchistDicky) February 5, 2020

Let’s be clear, talk of a split is being driven only by the Nationals, and mostly by the LNP-Nationals. Frustrated by being reduced to a rural rump (completely through their own actions) and with limited opportunities for promotion within the Coalition, these agitators see a separate LNP as their ticket to the ministerial gravy train.

Counting all the Nationals MPs and Senators as well as the Queensland LNP members who sit with the Nationals MPs, the junior member of the Coalition numbers 20, which entitles it to four cabinet positions and two in the outer ministry.

However if the LNP cohort became a separate party within the Coalition, it would have 29 members and senators (former Liberals 21, former Nationals 8), leaving the Nationals with only 12.

That means more seats in the cabinet and ministry for Queensland MPs, significant boosts to salaries for the lucky new ministers and more Queensland-centric influence on Coalition policy.

The establishment of an LNP outside Queensland would also require the election of a party leader and deputy leader, as well as the creation of leadership positions in the Senate – all with attendant pay rises.

Matt Canavan could become leader on the expectation that he would move to the House of Representatives at the next federal election (Ken O’Dowd is tipped to be the lucky guy who’ll be tapped to retire gracefully and create the necessary vacancy).

And of course there would be nothing to stop Barnaby Joyce from quitting the Nationals to set up a New South Wales branch of the LNP. Mr Joyce could then return to the ministry and secure the generous pay raise he claims to need to support his two families.

In times past, a scenario such as this would be dismissed as fanciful, if not completely mad. But these are the political times we are living in – when greed, ambition and the need for revenge combine with the existential angst of MPs who know their party has become irrelevant and is running out of time.

What the electorate would make of such a move is hard to predict. One of the iron-cast rules of politics used to be that voters had no time for parties that squabbled with themselves.

The re-election of the Coalition government with Mr Morrison at the helm seemed to refute that law.

Nevertheless the Queensland Nationals will be taking a huge chance if greed and desperation drive them to blow up the joint.

We’ll find out soon enough whether the 2019 election was the new normal, or the exception that proved the rule.