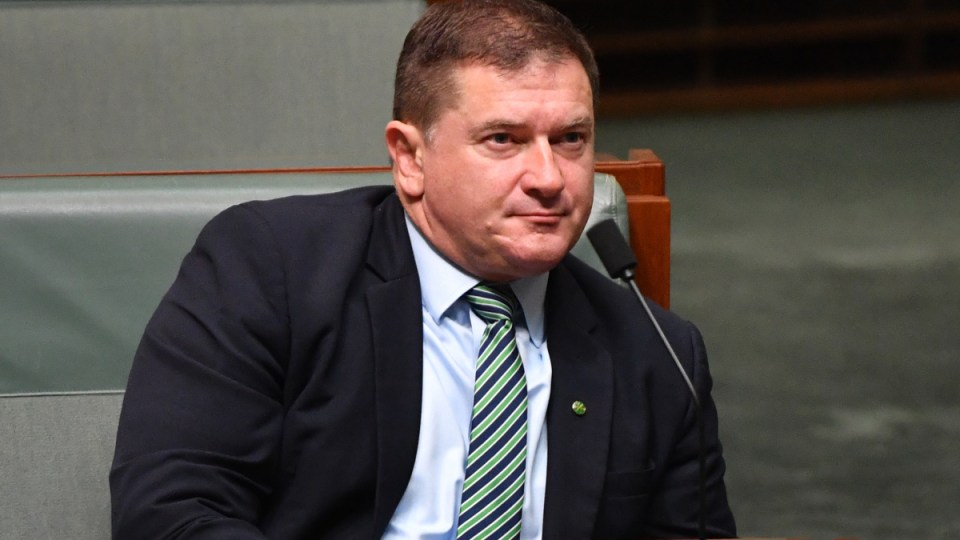 Mr O’Brien, a little-known former police officer and Barnaby Joyce backer appeared to weaken the Prime Minister’s slim majority on Sunday night after he informed the Nationals he would no longer sit in the party room.

In practice, that means he doesn’t have a vote in any future leadership vote, but he has informed the Prime Minister that he is guaranteeing confidence and supply. That means he would not support any motions of no confidence that could bring down the government.

Bizarrely, he will also attend the joint Coalition party room meetings as a member of the government but not attend the Nationals meetings.

The opposition where quick to exploit Mr O’Brien’s decision, putting him forward for the position of Deputy Speaker of the House of Representatives.

Mr O’Brien accepted the nomination and, in a secret ballot, was elected into the position by a vote of 67-75.

By a margin of 67-75, Member for Wide Bay Llew O’Brien has been elected Deputy Speaker of the House of Representatives.

In question time, Labor leader Anthony Albanese highlighted the split, asking “how can the Prime Minister claim to lead a stable government when, on the day set aside to pay respect to victims of the bushfires, the Nationals decided to have a leadership challenge, and today a National party member quit, threatening the government’s control of the House. When Australia needs stable government, why do we have a coalition of chaos?”

But the Prime Minister insisted this was not the case.

“The leader of the opposition does not represent the situation in the government at all. Not at all,” he said.

“Here are all of our members, and the member for Wide Bay is up the top there; he’s doing a great job.

Regarded as a flight risk for some time, Mr O’Brien has been a long-term proponent for an independent corruption commission.

In a statement, he said he continued to regard himself as a member of the Morrison government.

“When Queensland LNP members come to Canberra they sit in either The Nationals Party Room or the Liberal Party Room. However, my decision today means that I am seeking to not sit in either party room,” he said.

“I support the government and I support Prime Minister Scott Morrison, and every decision I make in Canberra will continue to be in the best interests of Wide Bay.”

Mr Joyce said the decision of the Queensland MP to quit the party was “sad” and former resources minister Matt Canavan – who quit cabinet to back Mr Joyce’s failed push for the Nationals leadership – said it had nothing to do with the leadership.

“I don’t think it’s at all to do with those things. I hope Michael – along with everyone in the Nationals team – is doing their best to keep Llew part of us,” Senator Canavan said.

“Obviously, there’s been some frustration and disagreement within the Nationals. We can agree to disagree.”

Finance Minister Mathias Cormann said in practice, it was business as usual.

“Llew O’Brien will continue to sit in our Coalition joint party room as a member of the LNP in Queensland and he also continues to support the government.” Mr Cormann told ABC News.

“I’m not aware of the ins and outs of the National Party internal, but in terms of the fundamentals, Llew O’Brien is a member of the LNP, remains a member of the joint party room and continues to support the government … That is what he has made clear to the Prime Minister,”

Mr Joyce said Mr O’Brien was “a good fellow and a good mate.”

“We want to keep him in the team, former vice president of the LNP, a person with so many years experience serving in the police force, and a good fellow and a good mate.”