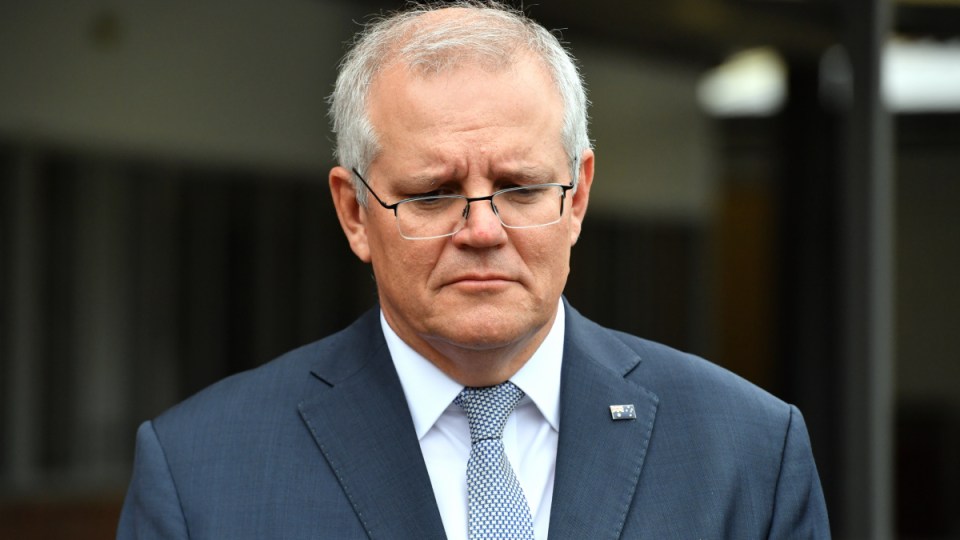 Mr Morrison led the committee in charge of the NSW Liberal takeover.

In a stunning rebuke to the Prime Minister’s authority, a Supreme Court challenge has been launched against his attempt to lead a takeover of the New South Wales Liberals and secure preselections for three MPs.

Earlier this month, as part of a solution to a long-running dispute over NSW preselections, the party’s federal division resolved to step in and override its state organisation to guarantee the preselection of three sitting MPs.

Ministers Sussan Ley and Alex Hawke and North Sydney backbencher Trent Zimmerman were facing preselection contests to be decided in a free vote of party members.

But Mr Morrison, NSW Premier Dominic Perrottet and former party president Chris McDiven led a committee to take over party affairs, without challenge, for a period of three days so preselections could be settled.

Now that Mr Morrison and other committee members have intervened to block preselection challenges, the organisation’s authority will be challenged in the state’s highest court.

In an email to party members on Tuesday night, NSW Senator Concetta Fierravanti-Wells confirmed the legal challenge and said it would raise “serious questions” about Mr Morrison’s takeover.

“[Other] candidates who had nominated in these three electorates were sent a message from [state director Chris Stone] advising of the resolution and thanking them for their ‘participation’,” the Senator wrote, in leaked correspondence.

“Other than lodging their nomination forms, these candidates were not afforded any opportunity for ‘participation’ at all!

“What is the point of our NSW Liberal Party constitution if it can be trodden on and overridden in such a callous manner?

“This is not a precedent we can tolerate and let stand!”

A prominent conservative and member of the party’s state executive, Matthew Camenzuli, has lodged a challenge to the legality of the intervention led by Mr Morrison.

Mr Camenzuli has recently been represented by top Sydney barrister Scott Robertson in a successful challenge to another justification for having the federal Liberals intervene in NSW affairs.

The battle over preselections has been ongoing for months.

Mr Morrison and his top factional lieutenant in NSW, Mr Hawke, have been accused of seeking to delay the resolution of the conflict to invite federal intervention and secure an outcome favourable to their centre-right faction.

The federal Liberal Party only resolved to intervene after multiple attempts to broker a peace deal among the party’s NSW factions were shot down.

The outcome of this challenge will likely shape the fate of another ongoing row over preselections for another 10 close seats in NSW, including Hughes, held by former Liberal MP Craig Kelly, and former Prime Minister Tony Abbott’s old seat of Warringah.

The party’s conservative faction and many of its moderate members have backed a proposal to hold open votes – or plebiscites – in these seats and resisted an attempt to have candidates installed by a vote of factional power brokers.

Critics of intervention have said that it will alienate the party’s grassroots members, which could be crucial in what is expected to be a tight election, including in seats such as Mr Zimmerman’s electorate of North Sydney.

The NSW Liberals have until the end of this month to reach agreement on preselections for the other 10 seats.

An earlier push by Mr Morrison to allow his committee to install handpicked candidates was not agreed to.

Mr Morrison and the Liberals’ NSW president Philip Ruddock had lobbied extensively for the takeover.