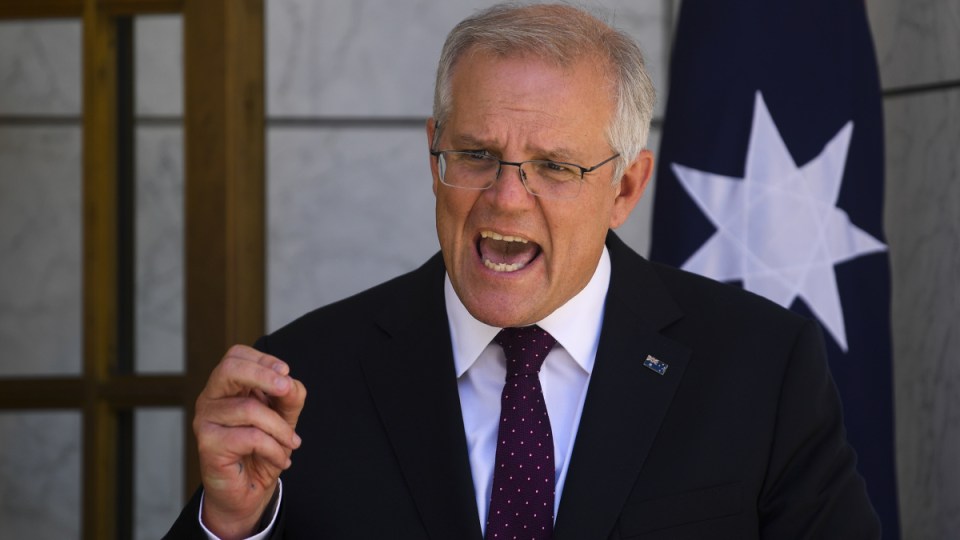 Scott Morrison is facing a divided and angry Liberal party over his preselection plan.

NSW Liberals are on the brink of civil war as party bosses hurriedly try to revive a failed deal to end the long-running dispute over preselections in more than 10 close federal seats.

Increasingly restive Liberals accuse the Prime Minister Scott Morrison and his key factional lieutenant in NSW, Immigration Minister Alex Hawke, of damaging the party by refusing to agree to a factional deal.

A leaked copy of the plan, now backed by the majority of members in the party’s dominant moderate faction and its conservatives, was set to be put to a vote on Friday.

Obtained by The New Daily, it is the seventh version of a deal widely circulated among party members, which was to be introduced by prominent Liberal moderate Sally Betts.

The plan would oblige party bosses, including Mr Hawke, to progress the preselection process, which has currently been held up by delays, which critics say are part of a deliberate stalling tactic to protect sitting MPs from potential challenges.

But a vote was stopped by the party’s president and former Howard government Minister Philip Ruddock, who ruled that a vote at such notice would contravene party processes.

The party’s NSW directors are now locked in furious negotiations in an attempt to secure a deal over the next two days, or face the federal party forcing a resolution upon members and an almost certain legal challenge in response.

The ongoing failure to secure candidates for divisions such as the ultra-marginal seat of Eden-Monaro is also a point of major contention.

“If they are at all confident of their support, what are they so afraid of?” one MP said.

“People are so angry. We’re not going to be getting people to man booths for the election.

“Morrison has just brought this on himself.”

He is putting at risk not just seats we should be winning but [seats] which we need to be holding.
Liberal MP

The election plan would ensure preselection committees would convene no later than April 1 ahead of competitive contests in a total of nine marginal lower house seats and the Senate.

Senate spots currently held by incumbents such as the Foreign Minister Marise Payne, Senator Jim Molan and Senator Concetta Fierravanti-Wells would also be determined by preselectors under the plan.

A timetable is also provided for close seats such as Parramatta, Dobell, Hughes, Greenway, Eden-Monaro and Warringah as well as a further 10 unwinnable seats.

It would also allow for televised town hall meetings and electronic voting to determine preselections in rural and very large seats in NSW instead of in-person voting.

Party sources further argued that sitting MPs such as Ms Ley, who had opposed competitive preselections, had now damaged their standing among party members and could now risk losing seats they would have held two months ago.

Several Liberals argued that Mr Hawke and Mr Morrison have been seeking to delay preselections for as long as possible to invite such intervention so they can secure a favourable deal.

But the chances of a federal intervention suffered a serious blow last week.

Justice Julie Kathryn Ward of the NSW Supreme Court ruled out an argument made by Mr Ruddock and Mr Morrison, that the preselections had to be resolved immediately by the federal executive because the NSW party would otherwise soon become legally defunct.