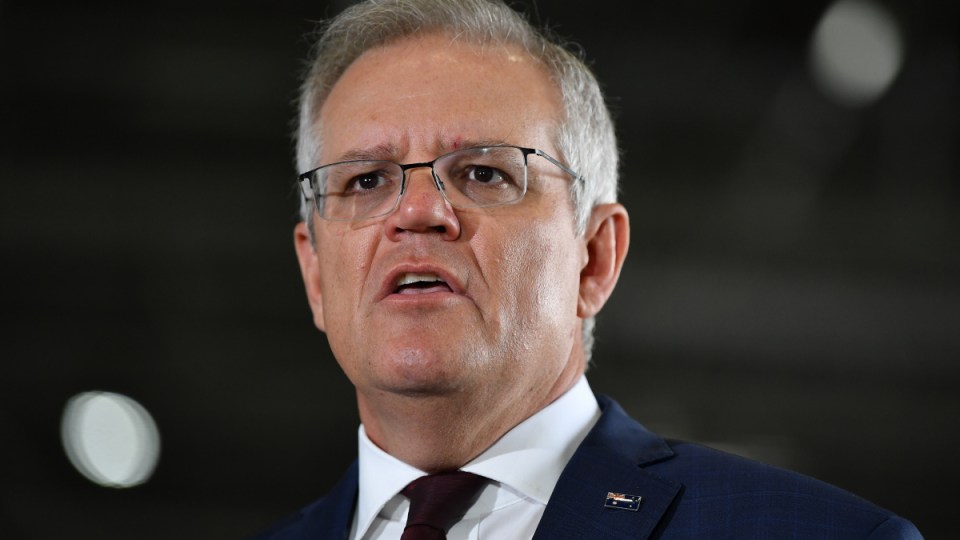 Scott Morrison is under fire over a push to save three of his government's sitting MPs. Photo: AAP

Internal opposition is escalating to a plan backed by Scott Morrison to have the Liberal Party intervene and stop three sitting MPs from facing internal party contests.

Trent Zimmerman and ministers Alex Hawke and Sussan Ley face the possibility of having to fight to retain their seats.

But following court developments Mr Hawke, a key political ally of Mr Morrison and boss of the NSW party’s centre-right faction, could now be forced to testify in court about the state of affairs in the party’s NSW wing.

A summons for Mr Hawke was issued as part of a case about party affairs before the NSW Supreme Court on Monday.

Recently, the Prime Minister and Mr Hawke have supported a plan for the party’s NSW bosses to intervene to protect the MPs.

A federal Liberal intervention in NSW would allow MPs, including Ms Ley and Mr Hawke, to be endorsed.

Last week, the party’s NSW president Philip Ruddock went to the Liberals’ federal executive with a new reason to stop the preselections.

The party’s NSW directors, he argued, could only legally serve for another week before their terms expired, making an urgent resolution necessary before the federal election.

But a number of senior NSW Liberals doubt the accuracy of the advice underpinning the case for federal intervention, and are going to court to challenge it.

Matthew Camenzuli, a member of the party’s conservative faction, has brought the case before the NSW Supreme Court and is seeking declaratory relief on the question of whether party bosses’ terms are close to running out.

The Immigration Minister will be drawn into the court process, due to his role as a member on the NSW party’s state executive and federal preselection committee.

The summons was expected to force Mr Hawke to choose to either “submit” to the court’s findings or speak to his own view on the administration of the party’s largest branch.

“Hawke has deliberately been running down the clock,” one Liberal source said.

“But let’s see a federal minister stand up in court and argue that the party’s NSW division is defunct.

“Nobody gives a rat’s if he’s the Member for Mitchell. It’s a safe seat.”

Critics say the plea by Mr Ruddock and others does not accurately reflect legal advice on party rules, and is designed as an attempt to create an atmosphere of crisis conducive to intervention.

At stake in the battle to save the sitting MPs are also a number of preselections for seats the party does not hold, such as Hughes and Warringah.

Candidates in those seats had expected preselections to be finalised not later than the middle of last month.

The process has instead dragged on in what sceptics say is a deliberate move to protect the Prime Minister’s and Mr Hawke’s faction.

Typically, the sitting MPs would have already been through a nomination review committee and then a competitive ballot, or plebiscite, if they faced a challenger.

“This should be about democracy,” one Liberal said.

“You either support popular preselections or you don’t; you can’t pick and choose.”

Under the deal Mr Morrison is backing, the long-serving Senator and former minister Concetta Fierravanti-Wells would drop down the Liberals’ upper house ticket in NSW into a likely non-winnable spot.

Senator Fierravanti-Wells emailed thousands of party members on Monday to update them on the legal challenge.

“A clear decision from the NSW Supreme Court will pave the way for the state executive to get on with its job without further impediments,” a leaked copy of the correspondence reads.

The party’s NSW bosses are likely to meet again at the end of this week.