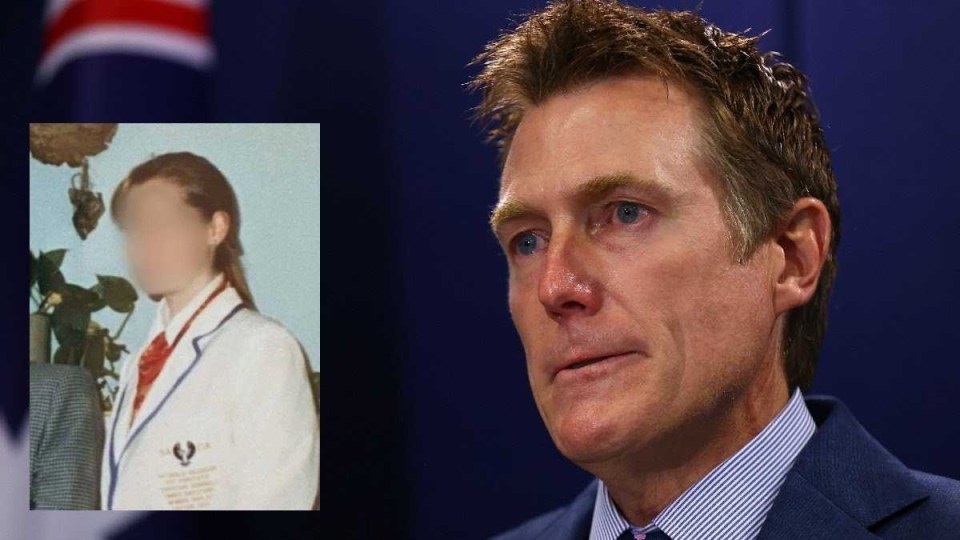 A report in The Australian has sparked accusations of journalists conducting "a trial by media for the defence".

Prime Minister Scott Morrison’s refusal to hold an inquiry into whether Christian Porter is fit and proper to continue in his role as Attorney-General has resulted in sections of the media putting a dead woman on trial, leading media and legal experts have said.

On Saturday, The Australian ran a column by right-wing commentator Janet Albrechtsen and university professor-cum-journalist Peter van Onselen that revealed parts of Mr Porter’s deceased accuser’s early diary that had not been published before.

Van Onselen is a long-time friend of Christian Porter’s but did not declare this in the story.

“Chilling and never-before-published details from Christian Porter’s accuser can be revealed for the first time. Now readers can judge for themselves,” the article’s introduction reads.

The article also claimed that the accuser’s family thought she may have imagined the allegation because she suffered from bipolar disorder.

Friends of the deceased woman with whom she shared the allegations have publicly called for the case to be reported fairly and respectfully.

“None of us was so naive to think this wouldn’t become a huge story but we find it interesting those who shout ‘trial by media’ are quickest to anoint themselves counsel for the defence,” one of those friends, wine writer Nick Ryan, wrote in an op-ed in the Sunday Mail.

“This isn’t just being misinformed – it’s willfully causing harm & declining a chance to be better,” Ms Mhani wrote on Twitter.

I emailed @vanOnselenP last week after #insiders, so my friend’s memory would not be further insulted. He replied w/ no interest in talking. I asked again. Now a new, awful article. This isn’t just being misinformed – it’s willfully causing harm & declining a chance to be better.

“Trial by media? [Van Onselen] seems to consider it ethical to imply a victim was mentally ill and therefore has memory impairment and lacks credibility. He clearly knows little about the impact of trauma on memory, narrative and mental health. Maybe speak to experts before judging the dead,” University of Melbourne Professor of Psychiatry Louise Newman wrote on Twitter.

Senior research fellow at the Centre for Advancing Journalism Denis Muller told The New Daily some in the media are now putting a dead woman, who cannot defend herself, on trial.

“The big turning point was Porter’s press conference. Then basically News Corp began running a case for the defence. We saw this in the Bolt column, and in The Oz in different ways, ” Dr Muller said.

On Thursday Andrew Bolt published a column titled: Nine reasons not to believe the woman who says Christian Porter raped her.

“This is an exercise in conducting a trial by media for the defence,” Dr Muller said of the column.

Mr Morrison’s refusal to hold an inquiry into whether Mr Porter is fit and proper to continue in his position has left the media to fill the void – with increasingly concerning reporting from some News Corp papers, he said.

“This is why we need an inquiry. We can’t simply go on dealing with bits and pieces of the story in the partisan way that is destructive of the whole concept of justice,” he said.

“There is going to have to be some circuit breaker soon.”

The lawyer who acted for the deceased woman before her death, Michael Bradley of Marque Lawyers, said Van Onselen and Albrechtsen’s article had “turbo-charged” a trial by media against his former client.

“It’s starting to get out of control. There are clearly opposed camps developing,” Mr Bradley said.

“But it has been inevitable right from the start, because of the government’s handling of the issue.”

As the coverage got more “feral” it would cause more harm, not just to Mr Porter, but the deceased woman’s friends, families, and sexual assault survivors across the nation, Mr Bradley said.

“The PM should do what he needed to do from the outset. Call an independent inquiry, to fully examine the issue and deal with it in the appropriate way.”

“When a woman complains about a man’s behaviour it is not just her word against his. It is her word against 2000 years of institutional sexism, 200-plus years of a male-dominated Australian justice system, and 100 years of mass media controlled by men,” Ms Kovac said.

“The fear of that – the enormity of it – it’s enough to make anyone terrified and put off from pursuing a complaint.”