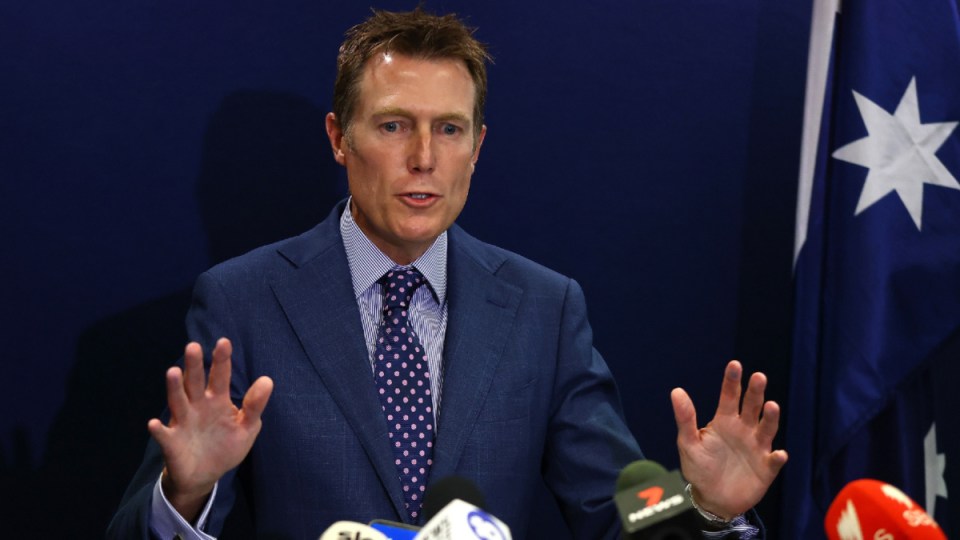 The pressure to investigate against Christian Porter's fitness to be Australia's top law officer is growing. Photo: Getty

Prominent legal experts have renewed calls for an independent inquiry into whether Christian Porter is fit to hold the office of attorney-general, after a former boyfriend of the woman who accused him of rape revealed she had discussed the accusation with him in 1989.

James Hooke, now a senior executive at financial giant, Macquarie, said he was willing to testify under oath about “relevant discussions” he had with her over the course of their more-than-30-year friendship if any inquiry were to take place.

“Mine is just one set of recollections, and I am aware of the fallibility of human memory, however unintentional,” Mr Hooke said.

“That said, I have what I consider to be clear recollections of relevant discussions I had with Kate over the years from mid-1988 until her death.,” he added.

“I also have what I consider to be clear recollections of relevant discussions I had with Christian Porter from April 1992 in Perth and through the mid-1990s.”

Mr Porter, who is currently on mental health leave, has vehemently denied he raped the woman during a debating tournament in 1988, when he was 17 and she was 16.

But Mr Hooke’s revelations have increased the pressure Prime Minister Scott Morrison has been under to investigate whether Mr Porter is a fit and proper person to be the nation’s first law officer.

“Until now we’ve had a dossier and some comments from the woman to her friends and NSW police. Statements that were made years later,” Monash University associate professor of law Luke Beck said.

“Now we have evidence of contemporaneous comments 28 to 29 years ago, much closer to the event,” Associate Professor Beck said.

“That adds weight to the complainant’s story.”

The criminal allegation can never properly be tested because the alleged victim is deceased, and Mr Porter is entitled to the presumption of innocence because of this, Associate Professor Beck stressed.

The question for the PM is not whether Christian Porter is guilty, it’s if he is a fit and proper person to sit in cabinet,” he said.

There is a strong precedent of cabinet ministers resigning or being sacked over unproven allegations even if they deny them.

In 2015, then-special minister of state Mal Brough quit Malcolm Turnbull’s cabinet pending a police investigation into the accusation he illegally obtained copies of former speaker Peter Slipper’s diary in 2012, when Mr Slipper was embroiled in a sexual harassment case.

This happened on the same day then-minister for infrastructure and regional development Jamie Briggs quit after a female public servant raised concerns about the appropriateness of his behaviour towards her at a bar in Hong Kong.

“If the PM has Porter stand aside, and conducts an independent inquiry, that would be consistent with past practices and it would provide an opportunity for Porter to go through a fair process,” Associate Professor Beck said.

The fact the Attorney-General and the Prime Minister had not even read the complainant’s dossier – which has now been widely circulated through political and media circles – has eroded “public confidence and trust” in their ability to govern, he said.

“It’s concerning the PM has not bothered to read the allegations,” Associate Professor Beck said

“It’s concerning the allegation has not triggered the PM to test and satisfy himself his first law officer is fit and proper.”

Civil investigation not ruled out

Prime Minister Scott Morrison has held the line that an independent inquiry into Attorney-General Christian Porter would “undermine” the rule of law.

But on Friday the New South Wales Bar Association released a statement saying the criminal justice system was “one aspect” of the way the rule of law operates.

“They may be in public or private and they too do not require any person to prove their innocence.

“The rules of procedural fairness apply in such proceedings and the subject has an opportunity to be heard.”