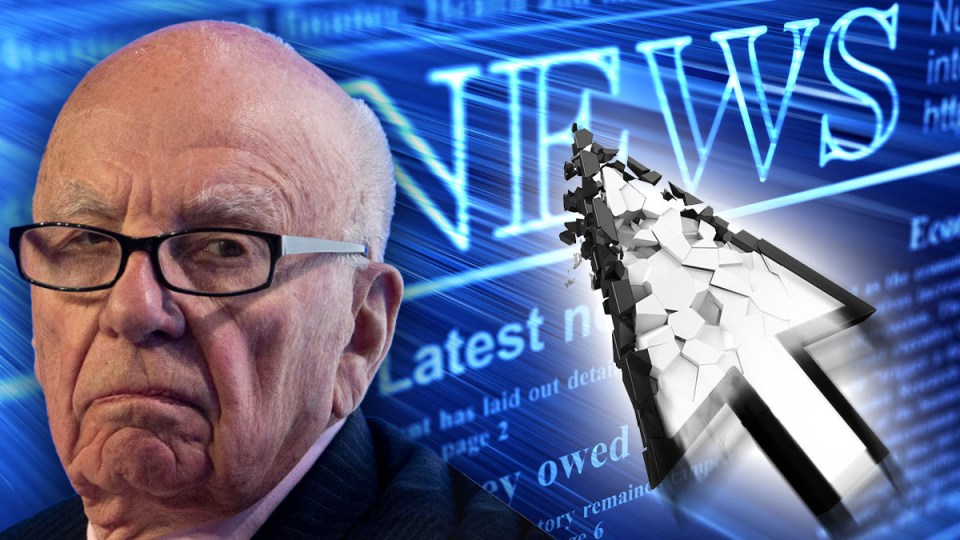 News Corp’s dirty laundry has been aired in a day of extraordinary Senate hearings, with former employees accusing the media giant of spiking public interest journalism, a toxic workplace culture, and sexist reporting.

More than 74 years of combined experience at News Corp was on display in emotional testimony before the Senate inquiry into media diversity on Friday, as former staff exposed how the Murdoch empire’s dominance warps public perception and perpetuates stereotypes.

Anthony Klan, an investigative journalist formerly employed at The Australian, told senators that editors spiked a story about retail super funds illegally siphoning off members’ money, claiming they pulled him into a meeting with banking executives, who were major advertisers at the masthead.

“He who pays the piper calls the tune, and that’s exactly what was going on,” he said.

Mr Klan, who worked at News Corp for almost 15 years, left the company in the lead up to the 2019 election, saying The Australian’s award-winning newsroom was “unrecognisable” from its former self.

The level of unethical behaviour … was extremely high,’’ he said.

“The lack of diversity in media ownership has allowed News Corp to descend from being a reputable news organisation with a safe and supportive workplace … to a place where women are considered as pigs in lipstick with a toxic work culture,” Ms Rogers told senators.

Appearing before the probe earlier on Friday, retired journalist Tony Koch, who worked for News Corp for almost 30 years and won five Walkley awards, said The Australian was a shadow of its former self, accusing the paper’s current editors of “dressing up opinion as news”.

No accountability, little regulation in media

News Corp, responsible for about 70 per cent of newspaper circulation in Australia, was the primary subject of hearings on Friday as union officials gave evidence about failures in media regulation.

Mr Marshall made a series of complaints to the APC in 2012 after what he called a series of “partisan and misleading” stories about Victorian firefighters, during an industrial dispute with the Country Fire Authority.

Firefighters have been assaulted, and harassed in the public media.’’

The APC, funded in part by News Corp, cannot fine publishers for breaching media guidelines or force mastheads to apologise.

Former prime minister Kevin Rudd, who was the first witness to appear before the Senate inquiry last month, has called for a Royal Commission into News Corp to achieve the accountability Mr Marshall seeks.

An online petition calling for such an investigation was signed by more than half a million Australians earlier this year and was subsequently tabled in parliament.

On Friday, Mr Sims defended supporting News Corp’s decision to purchase regional publisher APN in 2016 and Nine Entertainment’s merger with Fairfax in 2018 on competition grounds, saying the ACCC was not a media diversity regulator.

“I think you’ve got more competition than you had before, but look I’ll let the question of diversity go to others,” he said.

Mr Sims, who has called for changes to merger laws and previously conceded the Fairfax merger was “unfortunate” for media diversity, told senators the landscape had become more diverse over the past decade.

“When I was growing up, the ABC was just TV and radio. I probably read as much of the ABC as I listen or watch it [now],” he said.

Mr Sims said other publishers, such as The Guardian, had also entered the market, providing more voices in the online media landscape.

“We aren’t yet big enough to compete across the board with the big players, News [Corp] and Nine,” Ms Taylor said.

“We don’t yet cover politics at a state level, or courts, or local government, we’ve got specialist reporters so far only in some areas – we’re only just now recruiting for a science writer.”

Ms Taylor urged the government to consider measures to improve media diversity, including tax reforms to eliminate GST from purchases of digital subscriptions and implement research and development credits.

“We could reinvest that money back into civic journalism in Australia,” Ms Taylor said.

“If policymakers wanted to help smaller publications in particular, then the benefit could be tiered, greater for companies with lower turnover.’’

The New Daily contacted News Corp for comment but did not receive a response by deadline.