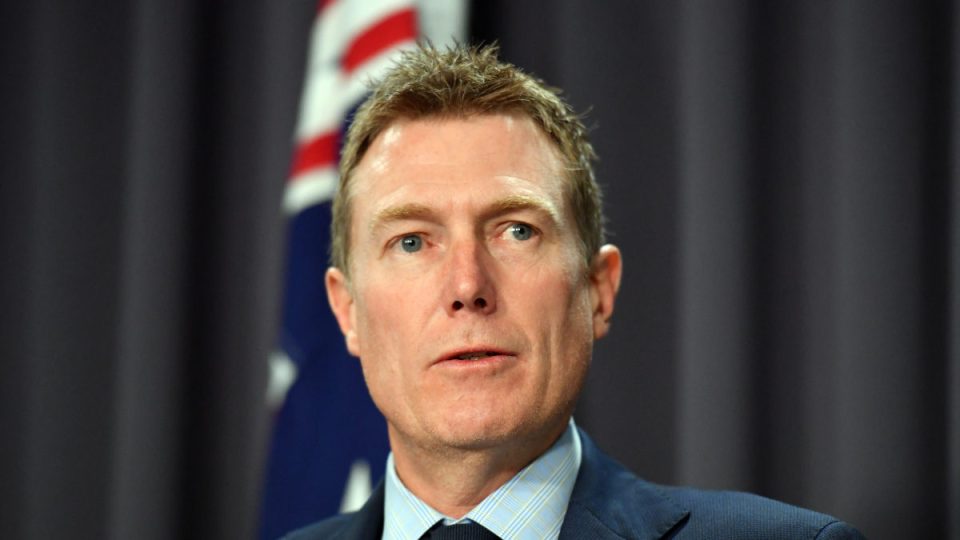 Attorney-General Christian Porter has admitted he is the cabinet minister accused of a 1988 rape, saying “the things that are being claimed, did not happen”.

Mr Porter claimed the allegations of rape are false, saying he “did not sleep with the victim”.

He said he will not stand down as Attorney-General – described as the nation’s first law officer – or Industrial Relations Minister, but will take several weeks’ leave to “assess and hopefully improve my own mental health”.

Following days of fevered speculation after the ABC revealed that letters containing the allegations had been sent to prominent politicians, Mr Porter admitted he was the person at the centre of the allegations.

“What has been put in various forms and allegations, simply did not happen,” he said in a press conference from his home city of Perth.

NSW Police said on Tuesday there was “insufficient evidence” to pursue a criminal investigation into her claims.

Mr Porter said they were both on a debating team, which travelled to Sydney for a competition.

“I did not sleep with the victim. We didn’t have anything of that nature happen between us,” he said, when asked of his relationship with the woman.

Mr Porter – the Member for Pearce – said the allegations had never been put to him by anyone in media, law or politics before the ABC published its first story last Friday.

He claimed that NSW Police “never contacted me” in the course of their investigation.

The New Daily has contacted NSW Police for comment.

Mr Porter claimed there had been “a whispering campaign” against him, with “a rumour being spread by a small number of people”.

He said he first heard the “rumour” in November, but only heard the full allegations last Wednesday, when politicians received the anonymous letter.

Christian Porter categorically denies committing a historic sexual assault when he was 17yo. “It simply did not happen” @SBSNews pic.twitter.com/6JR6MsolOm

“I have followed the rules and stayed silent as I have been subject to the most wild, intense and unrestrained serious of accusations I can remember, in modern Australian politics,” he said.

“I have never had any kind of formal or substantive detail, or any detail at all, about this matter of what was actually being alleged.”

Mr Porter said standing aside from his cabinet positions would set “a new standard”.

“If that happens, anyone in public life is able to be removed simply by the printing of an allegation. Every child we raise can have their lives destroyed by online reporting of accusations alone,” he said.

“My guess is if I were to resign and that set a new standard there wouldn’t be much need for an attorney-general anyway because there would be in rule of law left to protect in this country, so I will not be part of letting that happen while I am Attorney-General.”

Mr Porter began his press conference by apologising to the family of the alleged victim, saying he was sorry the incident had been revealed by the media.

He also apologised to his Coalition colleagues, for the days of speculation over the identity of the accused.

For days, Prime Minister Scott Morrison has been under pressure to stand down the minister involved in the claims.

The Greens, the Labor Party and crossbench have called for that person to be stood aside from cabinet.

On Monday, Mr Morrison said the accused minister – since revealed as Mr Porter – “absolutely” and “categorically” denied the allegations.

Labor leader Anthony Albanese said on Wednesday morning that he was disappointed with Mr Morrison’s comments that he had not read the dossier and letter.

“He said he had spoken to the minister and that he believed the minister. That stands in stark contrast to what Scott Morrison said in May of 2019 about the need to believe people who come forward,” Mr Albanese said.

“Quite clearly, this woman told multiple people, including people in public life, but also her friends, that she wanted an investigation of this. It is very clear that just the Prime Minister pretending that this will go away, it will not.”

The Labor leader added to calls for a coronial inquest into the woman’s death in South Australia, and an independent investigation through the Parliament into the allegations against Mr Porter.

The woman’s lawyer, Michael Bradley, told The New Daily on Tuesday that a judicial review – conducted by a retired judge – could be an appropriate response, of the kind commonly conducted in other workplaces and sporting codes.

“The only process available now is an administrative one. There are plenty of precedents and options for how that could proceed,” he told TND.

“It needs to be a very high form of inquiry, beyond reproach, completely at arms’ length from government, independent, with strong powers of coercion and with all the abilities and powers to make sure the accused man has full procedural fairness.”

“I think people will be looking for further responses beyond any statement that might be made today by the minister,” he said.