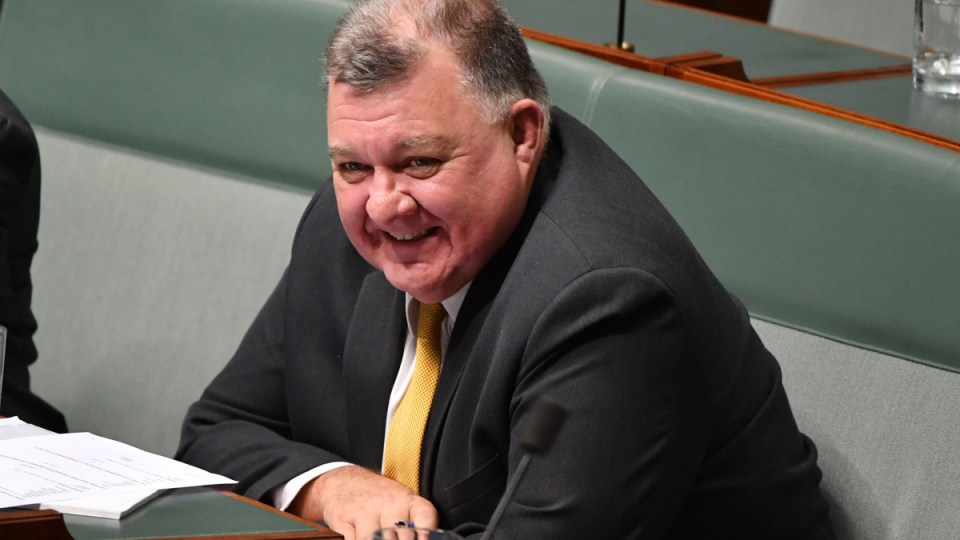 There is growing pressure on Prime Minister Scott Morrison to discipline members of his government for spreading far-right conspiracy theories about the US Capitol building insurrection.

On Thursday, the PM’s office refused to answer The New Daily‘s questions over whether Mr Morrison would sack Liberal MP Craig Kelly as chair of a powerful parliamentary committee in response to his online spreading of misinformation.

Just hours after rioters breached the Capitol building on Wednesday, Mr Kelly took to Facebook to promote the conspiracy theory that anti-fascists – not Trump supporters, as was the reality – were behind the riots.

“Neo-Fascists and Marxists engaged in a highly co-ordinated ‘false flag’ operation, by infiltrating the protest and invading the Parliament so the world’s media would falsely blame and discredit Trump supporters,” he wrote.

Mr Kelly is chair of federal parliament’s joint committee on law enforcement, which among other things has the power to request changes to how the Australian Federal Police operates.

He has built a loyal following on social media peddling conspiracy theories including that climate change is not real and that hydroxychloroquine can cure COVID-19.

“The idea that a member of the Australian Parliament seeks to legitimise what was an insurrection on the floor of the Capitol Building of the United States, an important symbol of not just democracy in the United States but global democracy, is reprehensible,” he said on Friday.

“Craig Kelly has promoted conspiracy theories about the coronavirus, peddling dangerous comments about that and advice that it’s all a conspiracy, and now we have him justifying and seeking to make excuses for [the Capitol riots], and indeed just making comments that are just beyond belief.”

Speaking to reporters on Thursday, Mr Morrison refused to condemn his MPs’ posts saying Australia “was a free country” before ending the press conference.

“You know, Australia is a free country. There’s such a thing as freedom of speech in this country and that will continue,” he said.

A number of Coalition MPs, including Mr Kelly and Nationals MP George Christensen, have been spreading false claims about the United States election since November.

Mr Christensen took to Facebook during this week’s insurrection to declare that the November election was stolen from Mr Trump.

“It is a dumpster fire at the moment … all because no one dared audit the vote,” he wrote.

Victorian Liberal frontbencher Bernie Finn has also published pro-Trump conspiracy theories on Facebook, claiming the United States’ President had been “improperly” removed from office and sharing a quote from former US president Ronald Reagan that calls on citizens to fight for freedom.

In a move that was out of step with other world leaders, Mr Morrison also refused to condemn Mr Trump for the violence that occurred at the Capitol building.

Both conservative leaders Chancellor Angela Merkel of Germany and Prime Minister Boris Johnson of the United Kingdom have publicly laid the blame for the violence, which left five dead, at the feet of Mr Trump.

Speaking at a press conference in London on Thursday Mr Johnson said: “Insofar as he encouraged people to storm the Capitol, and insofar as the president consistently has cast doubt on the outcome of a free and fair election, I believe that that was completely wrong.”

Daniel Angus, a misinformation expert at the Queensland University of Technology, said the posts may have seemed “fringe” but they were “dangerous”.

“You can’t just walk past it. You can’t ignore it,” Dr Angus said.

The issue is that fringe views can move into the mainstream if they are allowed to fester, he explained.

“It softens the ground by being out there and unchallenged,” Dr Angus said.

“We’re talking about elected representatives in our highest offices who are able to peddle complete fabrication of reality and do so unchallenged by leaders of their party.”