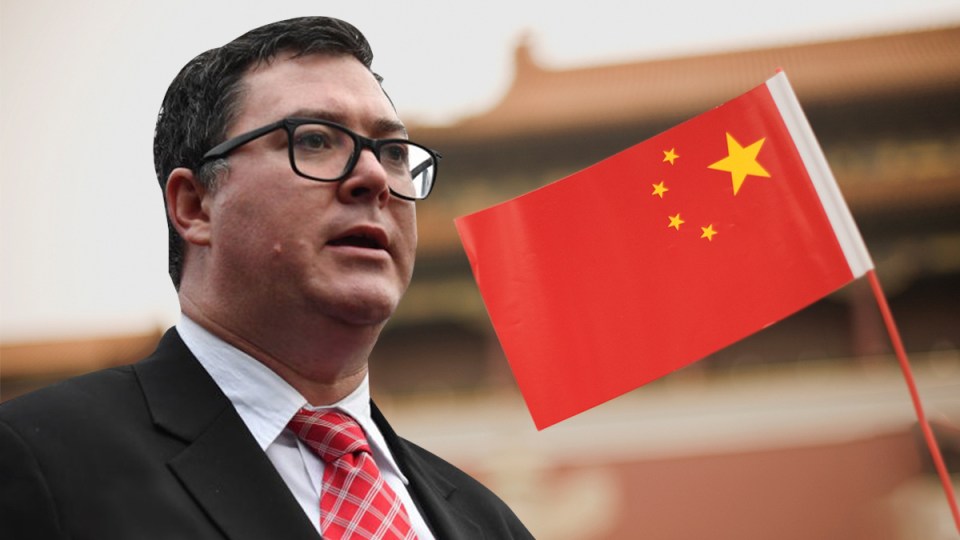 “The Prime Minister is reminded of the 1930s when looking at global instability today. No prizes for guessing who is playing the role of Nazi Germany,” the MP wrote.

It was posted just hours after Prime Minister Scott Morrison spoke of the need for “stronger deterrence capabilities” for the military.

The PM alluded to growing concerns over Chinese influence and activity in the Asia-Pacific region, saying Australia faced “one of the most challenging times we have known since the 1930s and the early 1940s.”

Mr Christensen – who represents the North Queensland seat of Dawson, and is chair of the Joint Standing Committee on Trade and Investment Growth – fired up his new Parler account on Wednesday to comment.

He also shared a YouTube clip from Andrew Bolt’s Sky News show earlier on Wednesday, where the commentator said: “Australia must quickly muscle up against communist China.”

Mr Christensen shared the same video clip, as well as the first sentence of his accompanying written post, to his Facebook page around the same time on Wednesday night.

In an earlier Parler post, Mr Christensen responded to a post from an account titled ‘CCP Is Evil’, which shared a news article about how “Australia should prepare for a Chinese military strike”.

“The odds of this occurring narrow by the day,” Mr Christensen replied to the post.

In an earlier Parler post, Mr Christensen said Australia was “at a crossroads” in our relationship with China, saying “with more than a third of our exports being sold to China, it’s clear we have put too many eggs into the one basket.”

Much of Mr Christensen’s recent Parler posting has focused on criticisms of China.

“We must speak out against the Chinese Communist Party extinguishing the flame of liberty in Hong Kong. To remain silent is to be complicit in oppression,” he said in another post.

Mr Christensen’s office said he was unavailable for comment. However, shortly after publication, his Facebook and Parler accounts shared links to this article with the message “Well, if the jackboot fits…”

It launched in 2018 as a “non-biased free speech” platform, setting itself up as an alternative to Twitter and pitching to conservative users who may have deserted – or been removed from – other social networks.

Conservative media outlets have already amassed large followings, with Breitbart News having more than 700,000 followers on the site.

Parler’s user base jumped by 50 per cent last week to more than 1.5 million.

The spike was attributed to high-profile American conservatives encouraging followers to abandon Twitter and shift to Parler, after several conservative Twitter accounts supportive of Mr Trump were shut down.

Largely, Australian politicians have not yet jumped ship. Mr Christensen is one of just a handful of federal politicians to have launched accounts.

One Nation senator Malcolm Roberts said he joined the site over what he saw as “censorship of conservatives on Twitter increasing”, saying it “allows free & open discussion without far-left fact-checkers approving every thought or conservative idea.”

Former Liberal candidate Warren Mundine has also launched an account. Further accounts in the names of Coalition MPs and former candidates, and conservative news commentators, have also been set up.