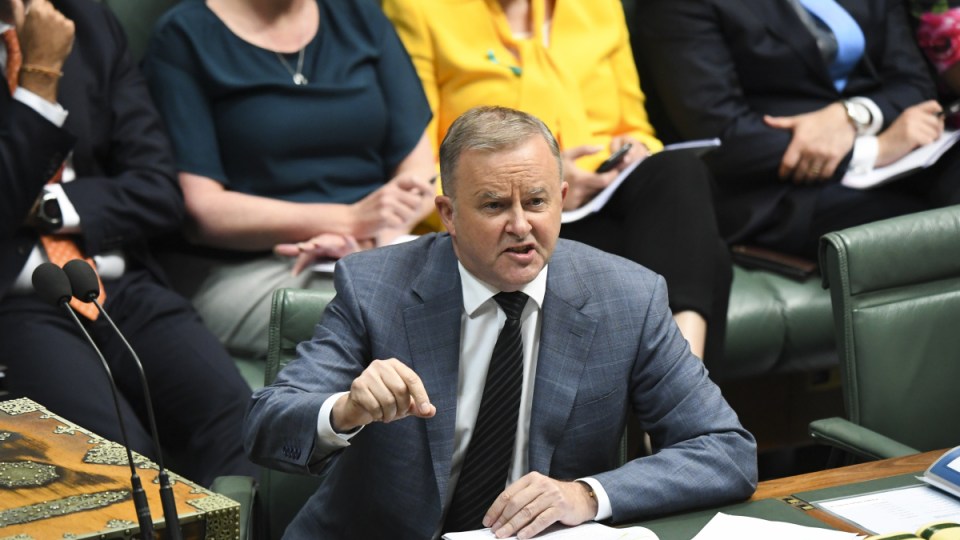 Scott Morrison’s office has been accused of being “up to its neck” in a “rort that knows no bounds” after new documents were tabled in the sports rorts affair.

Labor leader Anthony Albanese made the accusation in Parliament on Wednesday after 136 new emails emerged detailing contact between the Prime Minister’s office and the former sports minister Bridget McKenzie.

The latest emails reveal that on April 10, the day before Mr Morrison called the election, Senator McKenzie prepared a list of projects she intended to approve and a colour-coded spreadsheet that noted which grants were in marginal seats.

“The Prime Minister has spoken about the corrupt sports rorts affair program and said that ‘All we did was provide information’,” Mr Albanese said.

“Why did the office tell the Senator, and I quote, ‘These are the ones we think should be included in the list of approved projects’?”

“This rort knows no bounds.”

Scott Morrison has repeatedly misled the Australian Parliament – and the Australian people – by saying he wasn’t involved in sports rorts when he’s up to his neck in it.

But the PM rejected the claim, attempting to turn the tables and accuse Mr Albanese of being involved in pork barrelling when he was a minister.

“The Leader of the Opposition is trying to throw mud when he sits in an absolute swamp,” Mr Morrison said.

Today we found out there were 136 emails between the Prime Minister’s office and Bridget McKenzie’s office about the sports rorts scheme.

They used taxpayer money like it was their own personal reelection fund.

The documents were released on Wednesday, in response to questions to the Auditor-General that were taken on notice.

But the emails raise fresh questions in relation to a secret report prepared by the Department of Prime Minister and Cabinet secretary Phil Gaetjens.

His report, which has not been publicly released, suggested Senator McKenzie never saw the colour-coded spreadsheet.

These are the endless pages of colour coded charts used to allocate the sports rorts grants by McKenzie’s office in consultation with the PMO. The black are redacted sections. Does anyone believe the redacted columns are anything other than partisan political notes… pic.twitter.com/6WUgIlDWSd

But the Australian National Audit Office has revealed she had attached part of the document in correspondence with Mr Morrison.

“On 10 April 2019 the minister wrote to the Prime Minister attaching printouts of two worksheets within the spreadsheet – the list of projects she intended to approve for round three funding and the worksheet with the summary tables (of distribution by state, political party and electorate),” the ANAO said.

Correspondence between Senator McKenzie and Sport Australia on April 11 also included a printout from the spreadsheet.

Mr Gaetjens argued in his confidential report that political considerations were not the “primary determining factor” in Senator McKenzie’s decision to approve grants.

“There is persuasive data that backs up the conclusion that the minister’s decisions to approve grants were not based on the adviser’s spreadsheet,” he said.