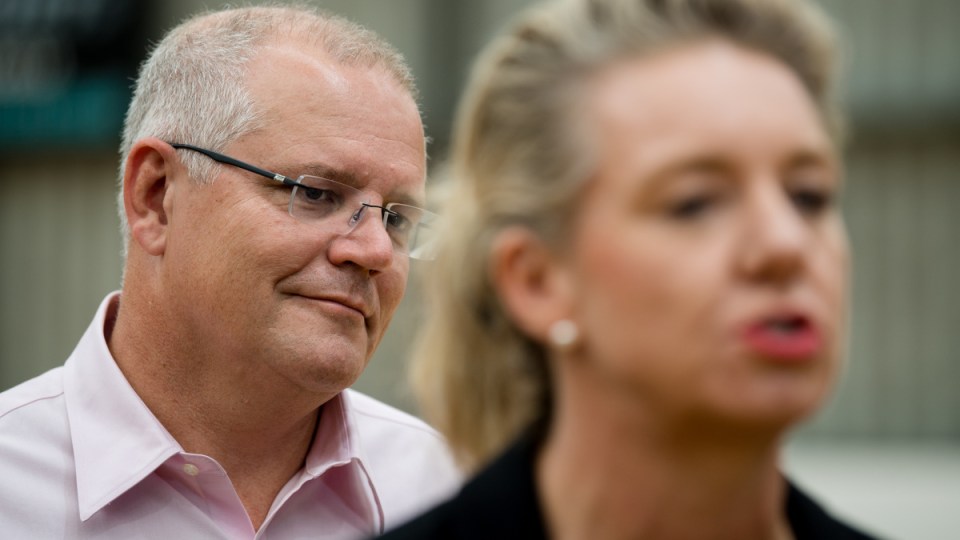 Scott Morrison says he is still awaiting a report from his department secretary into Bridget McKenzie's handling of the sports grants program.

Prime Minister Scott Morrison has been hit with another blow as he awaits the results of an investigation into whether cabinet minister Bridget McKenzie broke ministerial rules in her handling of the scandal-plagued sports grants scheme.

An email obtained by 10 News First suggests the PM’s office had the grants list at the centre of the scandal – seemingly a contradiction of his denial that he knew anything about the recipients of the $100 million grants scheme.

“We have just been advised by the PM’s office that there have been some projects on the list funded under another grants program,” the email from McKenzie’s office Sport Australia said. “We have been asked to make a slight adjustment.”

The adjustments concerned three electorates — none of them swing seats.

A spokesman for the Prime Minister reacted to the news by saying neither Mr Morrison “nor his office directed the Minister to fund a specific project.”

A fortnight after the Prime Minister ordered the probe, he said on Friday he had received no advice from Department of Prime Minister and Cabinet secretary Philip Gaetjens since ordering him to investigate the so-called “sports rorts” program.

Mr Gaetjens is also looking into a $36,000 grant the former sports minister awarded to a Victorian shooting club she is a member of.

Since Mr Morrison ordered Mr Gaetjens to look into the handling of the program, more damaging revelations have highlighted the scale of ministerial intervention.

Sports Australia’s recommendations were often ignored. It also emerged this week that Sports Australia warned the Morrison government that its interference in the $100 million program was compromising the organisation’s independence.

Clubs missed out on money despite ranking far above the government agency’s threshold to award cash for projects.

Mr Morrison continues to insist that projects awarded money under the scheme were eligible. He has also denied claims the $100 program was about saving the Coalition’s skin at the 2019 federal election.

“That’s not why I did it and that’s not why the government did it,” he said, after coming under sustained questioning on the issue during an address to the National Press Club in Canberra on Wednesday.

The most recent inquiry into a potential breach of ministerial standards  looked at the post-parliament careers of ex-cabinet members Julie Bishop and Christopher Pyne. It took 18 days in July 2019 to clear the pair.