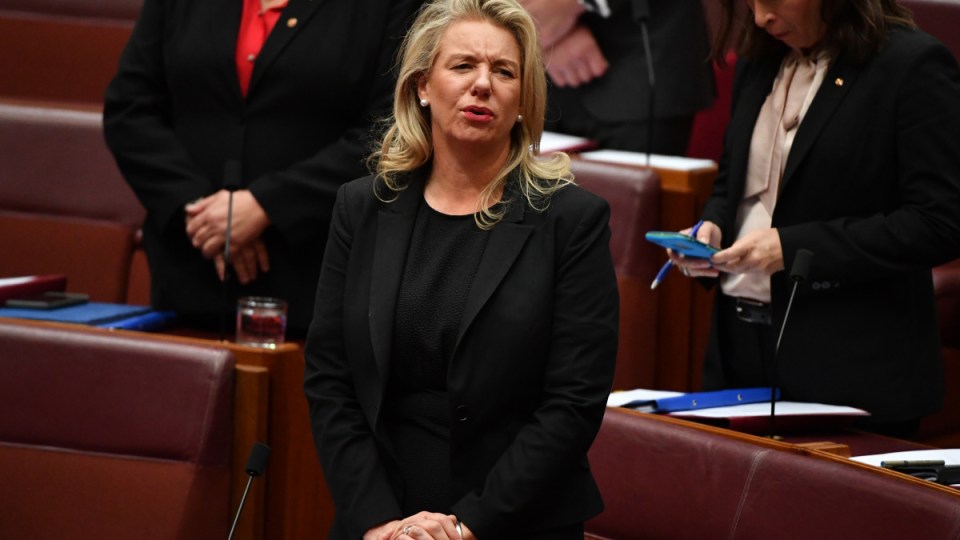 Prime Minister Scott Morrison announced just before 5pm on Sunday that the deputy Nationals leader had chosen to resign from cabinet over decisions she made in her previous portfolio.

In a statement, Senator McKenzie said she had always abided by the “highest standards”.

“At no time did my membership of shooting clubs influence my decision making, nor did I receive any personal gain,” Senator McKenzie said.

“However, [I] acknowledge that my failure to declare my memberships in a timely manner constituted a breach of the Prime Minister’s Ministerial Standards.”

Mr Morrison said he was acting on the recommendation of a departmental report by Department of Prime Minister and Cabinet secretary Philip Gaetjens that said the Agricultural Minister had breached ministerial rules during her time as sports minister.

It’s about time Bridget McKenzie resigned. But this scandal is bigger than one minister, and we still need to get to the bottom of these tawdry sports rorts.

In January, Mr Morrison ordered his department secretary to look into the handling of the $100 million sports grant program, and particularly the $36,000 grant.

Senator McKenzie said she would “remain committed to being a Victorian National Party Senator” to help rural communities.

“The honour and privilege to serve as Australia’s first female Agriculture Minister has been immense.”

For more than a week the Morrison government had been standing by the embattled Nationals deputy amid revelations clubs where the Coalition was trying to win seats before the election had been favoured over more deserving recipients.

Amid a series of revelations about needy sports clubs missing out on government cash, The New Daily confirmed last week that taxpayers had been slugged $40,000 for Senator McKenzie to take VIP flights to a shooting expo.

Mr Morrison continued to insist that projects awarded money under the scheme were eligible.

He also denied claims the $100 million program was about saving the Coalition’s skin at the 2019 federal election.

“That’s not why I did it and that’s not why the government did it,” he said, after coming under sustained questioning on the issue during an address to the National Press Club in Canberra on Wednesday.

The most recent inquiry into a potential breach of ministerial standards  looked at the post-Parliament careers of ex-cabinet members Julie Bishop and Christopher Pyne. It took 18 days in July 2019 to clear the pair.