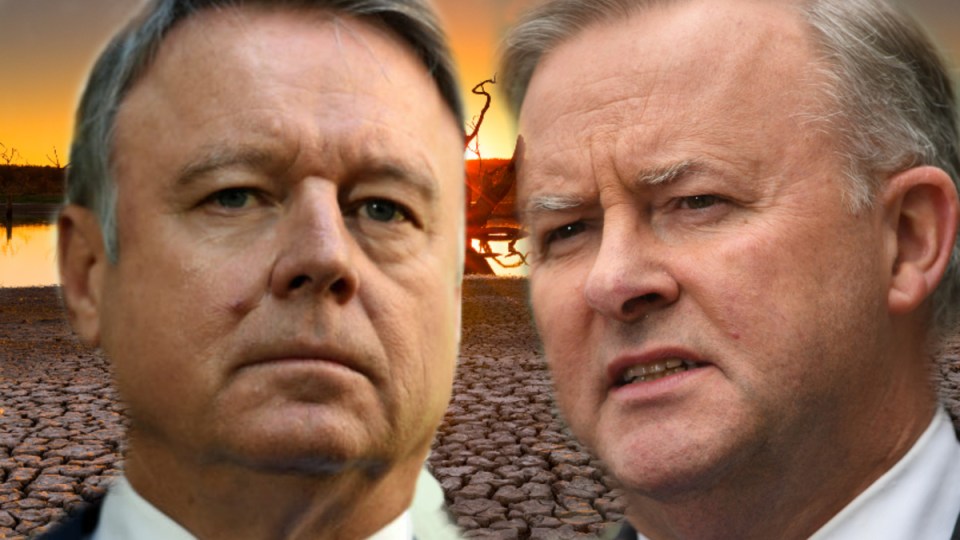 Anthony Albanese has carpeted Labor frontbencher Joel Fitzgibbon in shadow cabinet over his call for Labor to water down climate change targets as the party braces for the release of a post-mortem into the election defeat.

The New Daily has confirmed the Labor leader delivered the first dressing down privately last month, but colleagues say Mr Fitzgibbon “gave as good as he got” during the discussion.

The two men argued for 35-minutes in a “frank and robust” exchange after Mr Fitzgibbon’s call for a “sensible settlement” with the Liberal Party on climate change targets. Mr Albanese told Mr Fitzgibbon his intervention was ‘unhelpful’.

It’s understood Mr Albanese has called in multiple MPs for a telling-off in recent months and read the riot act over cabinet leaks, with one Labor MP observing last night, “it’s all very Soviet.”

Not satisfied with telling off the frontbencher in person, Mr Albanese then gave Mr Fitzgibbon a second carpeting at the next shadow cabinet meeting in front of his colleagues, including Labor climate change spokesman Mark Butler.

At the end of the shadow cabinet meeting, Mr Butler rose to announce he would be declaring a “climate change emergency” in parliament, a tactic another Labor frontbencher told The New Daily was “a crock of shit.”

The furore followed Mr Fitzgibbon’s speech to the Sydney Institute on October 9, when he warned voters were “confused and scared” over Labor’s climate policies.

“Labor needs to reach a sensible settlement on climate change,” he said.

“How many times are we going to let it kill us? Indeed, how many leaders do we want to lose to it?”

Mr Fitzgibbon suggested Labor match the Coalition’s goal of a 26 to 28 per cent reduction in greenhouse gas emissions by 2030, a substantial watering down of the existing policy which aims for a 45 per cent reduction.

But his speech, which was not cleared with the leader’s office, infuriated colleagues, who described it as ill-advised and poorly timed.

The latest shadow cabinet leaks are a sign of rising tensions within the party ahead of the public release of a long-awaited review of the ALP campaign on Thursday.

It’s understood to point the blame at a dysfunctional campaign, too many policies, a complete failure of strategy, poor advertising, Bill Shorten’s popularity (or lack of it) and a failure to adequately respond to scare campaigns over franking credits and negative gearing.

Labor frontbencher Chris Bowen said the report should not try to lump the blame on Mr Shorten.

“Some people say it was all Bill Shorten,” he said. “I don’t accept that for a second. He has taken responsibility. But I don’t think that’s right either, I think that would be learning the wrong lessons.”

However, some MPs put a good deal of blame on Mr Bowen, as the architect of the controversial franking credit policy and the negative gearing reforms.

But he pointedly added that the so-called ‘retiree tax’ was needed to pay for huge investments in schools and hospitals.

“You know, we did argue for those policies very strongly over, in the case of negative gearing, you know, almost five years. Franking credits, a long time as well,” he said.

“They were two of our policy offerings, as well as important investments in health and education, infrastructure, and superannuation, all of which were paid for by those policies and others.”

Labor is now openly canvassing its policy differences on climate change, with some push along by Joel Fitzgibbon this week, says @frankelly08

"It is this sort of analysis, navel-gazing, cogitation that is going on quite in the open now with Labor." #auspol pic.twitter.com/n7z2lpK2rw

Former deputy leader Tanya Plibersek has urged Labor to quit the navel-gazing and get on with the job. Blaming Liberal Party “lies”, including the “death tax” as among the factors for the loss, the former deputy leader said voters were tired of Labor talking about itself.

.“It’s important that we learn from our mistakes,” she said.

“But I also think people are a bit over listening to the Labor Party talking about itself and doing its therapy in public.”