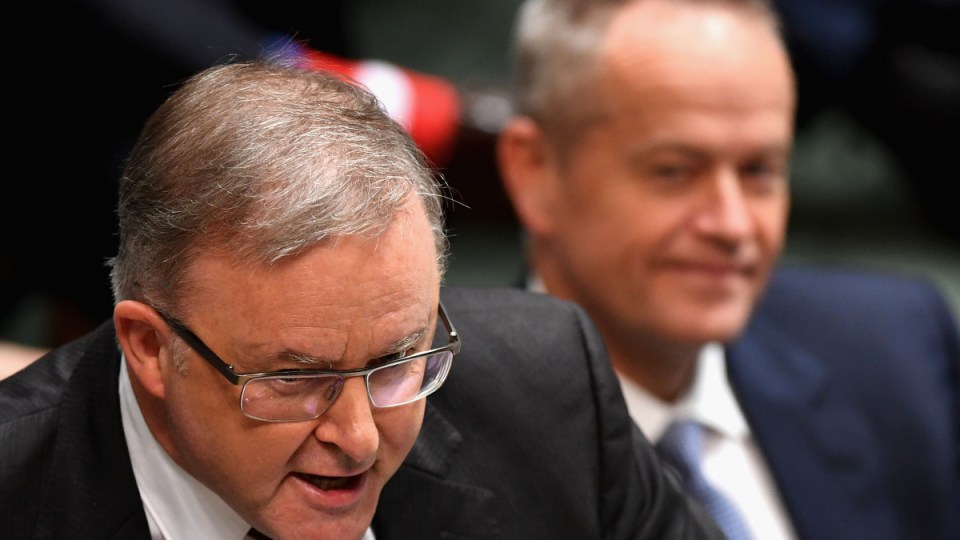 The ALP post-election review could have repercussions for Anthony Albanese beyond Bill Shorten. Photo: Getty
exclusive

The Labor Party’s scathing post-mortem into the 2019 election defeat will be finalised on Sunday amid complaints it’s “a hatchet job” on Bill Shorten and growing concerns about Anthony Albanese’s leadership.

The final report will be thrashed out over the weekend in talks to prepare the findings before the next meeting of the ALP national executive.

But there are growing fears it could reignite tensions in the party, despite Mr Shorten’s attempts to pre-empt the report by issuing a public mea culpa where he admitted he had too many policies and that the so-called ‘retiree tax’ to reform franking credits had angered seniors.

The New Daily understands the ALP review will find blue-collar workers turned on Labor in a dysfunctional campaign devoid of a clear strategy and a $60 million Clive Palmer advertising binge.

It will consider calling for caps on election expenditure in the future.

Despite former prime minister Paul Keating’s claim that Mr Shorten failed to connect with the middle class, it’s the Labor Party’s working-class base that voted against proposals to slash tax concessions for negative gearing and franking credits.

Conversely, voters in inner metropolitan areas and white-collar jobs were more likely to back Mr Shorten’s calls for a crackdown on tax concessions for the rich, and action on climate change.

Dr Emerson, who was a minister in the Gillard government, has been directly lobbied to soften some of those criticisms in the interest of party unity.

The Liberal Party’s own review, led by Australia’s next ambassador to the US Senator Arthur Sinodinos has also found Mr Shorten was a drag on the vote.

“What it finds is he was clearly an asset for us, rather than an asset for Labor,” Senator Sinodinos told The New Daily.

“His performance reinforced reservations people had about him. For example, appearing not to want to explain the cost of his climate change. In the case of blue-collar workers, economic management was a big issue.

“We noticed a spike in support when the budget came out. We were getting the budget back into surplus.”

Mr Albanese has angered unions and some of his own MPs with a “mistake that will not be forgotten” by backing the Coalition on several new free trade deals.

The battle over the new deals with Indonesia, Peru and Hong Kong has sparked warnings of an influx of foreign workers that unions say will put pressure on wages.

“They’ve made a mistake that will not be forgotten by Australian workers,’” she said.

“The decision by the ALP to side with the government is an abandonment both of their own platform, and of their responsibility to stand up for fair trade deals which deliver jobs for local workers, that protect Australia’s public services, sovereignty and visa workers from exploitation and that ensure international laboir standards in the countries we trade with.”

ETU Victoria released a savage new advertisement on social media after the decision, depicting Mr Albanese as a puppet.

“13 million working Australians are screaming out for politicians to stand up for them and their families. Sadly, however, Albo has shown it’s just too hard for him,” ETU Victoria secretary Troy Gray said.