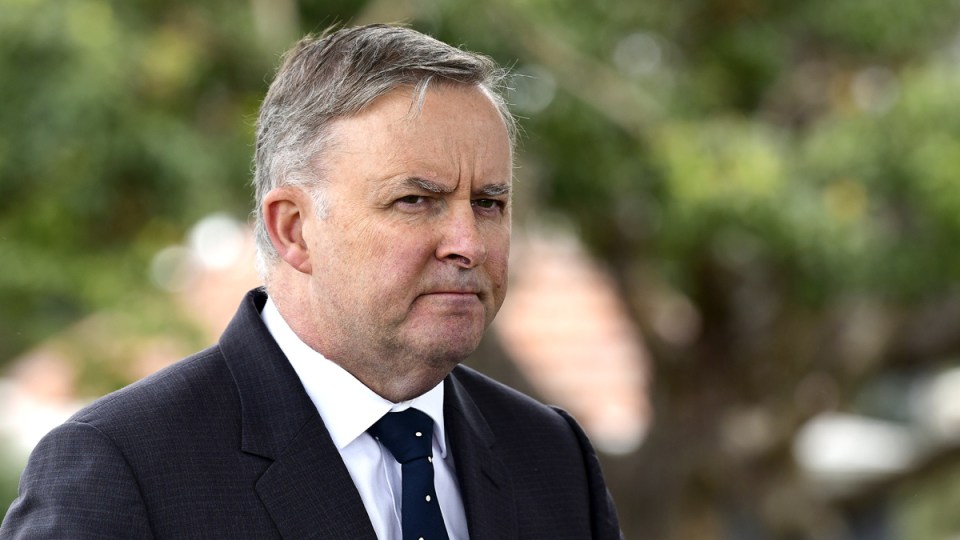 Anthony Albanese has accused the PM of being indifferent to Australians' suffering Photo: AAP

Opposition Leader Anthony Albanese has angered unions and some of his own MPs with a “mistake that will not be forgotten” by backing the Coalition on three new free trade deals.

The battle over the deals with Indonesia, Peru and Hong Kong has sparked warnings of an influx of foreign workers that unions say will put pressure on wages.

Labor backed the FTAs with caveats but the move has defied MPs, including former frontbencher Kim Carr, who has warned it is in conflict with the ALP’s platform.

These deals are bad for Aussie jobs and let multinationals sue Australia if our laws hurt their profits.

When is Albo going to stick up for Australian Workers? #auspol pic.twitter.com/bniqISjxvb

“They’ve made a mistake that will not be forgotten by Australian workers,” Ms O’Neil said.

“The decision by the ALP to side with the government is an abandonment both of their own platform, and of their responsibility to stand up for fair trade deals which deliver jobs for local workers, that protect Australia’s public services, sovereignty and visa workers from exploitation and that ensure international labour standards in the countries we trade with.”

Mr Albanese has already stoked divisions in union ranks over his attempts to kick Victorian CFMMEU leader John Setka out of the party.

ETU Victoria released a savage new advertisement on social media after the decision, depicting Mr Albanese as a puppet.

“13 million working Australians are screaming out for politicians to stand up for them and their families. Sadly, however, Albo has shown it’s just too hard for him,” ETU Victoria Secretary Troy Gray said.

“With youth unemployment in double digits, the Indonesia Trade Deal includes a provision for 1500 trainee visas. These are positions that could go to unemployed Aussie kids.”

Labor’s trade spokeswoman Madeline King said: “We will back these agreements, although we are concerned about how this government will implement them”.

“I have written to Trade Minister Simon Birmingham seeking firm commitments to ensure that the implementation of the agreements safeguard Australian jobs and maximise market access for Australian businesses,” Ms King said.

“We are seeking: A guarantee that these agreements protect Australian jobs and an assurance that working holiday makers are not exploited and are appropriately qualified for the work they undertake … an assurance that there is no inference from the agreements that would require the privatisation of government services, nor restrict any future decision to bring acquire public assets.”

Mr Birmingham said he was confident the government could meet Labor’s demands for safeguards.

“I can do better than that. I can guarantee that these agreements help to create Australian jobs,” he said.

“I welcome the fact that the Labor Party have indicated their intention to pass the legislation. It shouldn’t need to be conditional, but we’ll work through their conditions and see what sort of response we can provide.”

Meanwhile, Prime Minister Scott Morrison has accused the Labor Party of being addicted to “panic and crisis” in a withering attack on Mr Albanese’s call to debate the economy in question time.

“I know that the Labor Party’s penchant is for panic and crisis, Mr Speaker. But, honestly, he’s got to try to resolve the panic and crisis that is going on within his own party on so many issues,” Mr Morrison said.

“As I remarked in this place some time ago, the Leader of the Opposition, he wants to have debates. I’m getting on with things.”