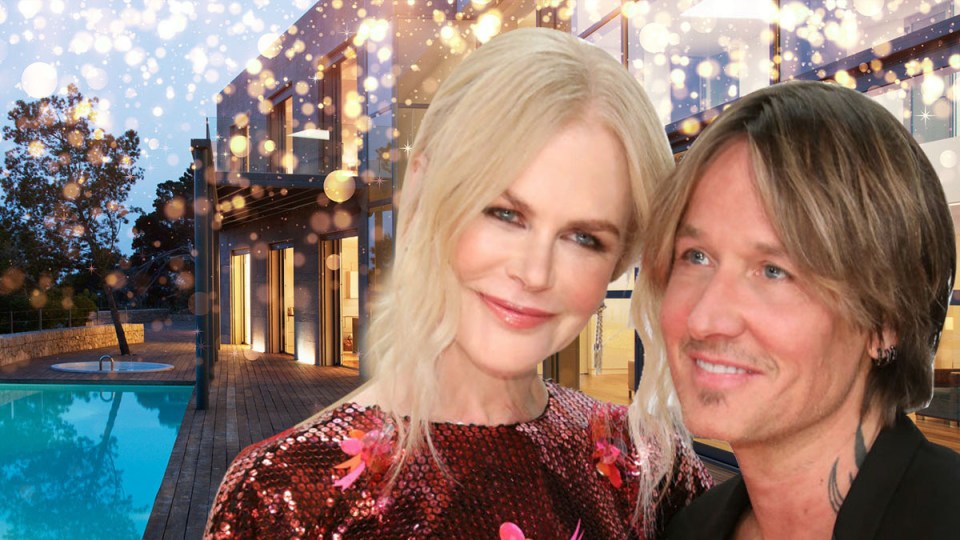 Nicole Kidman and Keith Urban did their 14-day quarantine at their luxury holiday home in NSW. Photo: TND

Celebrities and billionaires are bypassing Australia’s hotel quarantine system with the sheer power of money.

As international arrival caps and limited hotel spaces are keeping regular Australians stuck overseas, those with cash to splash are not only able to get into the country, they’re able to complete their mandatory 14-day quarantine wherever they like.

The latest is Lachlan and Sarah Murdoch, who arrived into the country aboard their private jet last Sunday and headed to quarantine at a private location.

It has been flagged they could be staying at the Murdoch family estate Cavan, near Yass – just a casual 100,000-hectare property.

For Nicole Kidman and husband Keith Urban, they were granted permission to complete their stint at their private home, a $6.5 million estate in the Southern Highlands.

Ed Sheeran is currently hunkered down in a resort near the Hawkesbury River, and will then fly to Melbourne to attend and perform at the state funeral for Mushroom Music founder Michael Gudinski.

New South Wales is accepting the majority of international arrivals, at 430 a day.

Victoria accepts 1310 a week, South Australia 530 a week, Queensland 1000 and Western Australia 512 (these caps were increaseed in mid-February).

Because NSW has been processing the majority of returned travellers, it recently billed each of the states for hosting their residents.

WA and Queensland have refused to pay their bills, which total $7 million and $30 million respectively.

It’s estimated there’s still 40,000 Australians overseas who are waiting to be allowed back in the country.

When the pandemic shut down movie sets in the US, Australia – with our cases under control – saw an opportunity to pounce.

In July, the federal government announced a $400 million “location incentive” to tempt international projects to film their next blockbuster in Australia.

That’s why we’ve been seeing the likes of Mark Wahlberg and Julia Roberts in the country.

(Wahlberg quarantined in a private house in Byron Bay, Roberts did her stay at an estate outside Sydney, the Sydney Morning Herald revealed.)

So just what sort of money are celebrities shelling out to sidestep the notorious hotel quarantine program?

It starts with $100,000 to cover police to ensure the quarantine is being adhered to.

Then, there’s the cost of the property itself, plus food, transport, and staff.

NSW demands its returning travellers pay the cost of their quarantine bill, which sits at $3000 for the first adult, $1000 each for additional adults and $500 for each child over three.

It’s a tricky business, getting into Australia – so much so that there’s been companies set up to handle the paperwork and logistics side of the process.

People are permitted to enter the country if it’s for work purposes, like filming a movie.

The NSW Health website states that quarantine rules apply to everyone returning from overseas.

Special circumstances for exemption can be considered only “where there are strong medical, health or compassionate grounds”.

A freedom of information request to NSW Police, by SMH, showed that in their state there were 16 applications for “alternative quarantine” approved, up until January.

There have been a further five granted in the two months since January 21.

The New Daily has spoken to people who are desperate to get home. They have flagged exorbitant airfares, last-minute flight cancellations and being bumped off planes in favour of people who are able to pay more for a ticket.

Prime Minister Scott Morrison last year vowed to have all Australians home by Christmas, a promise he had to go back on.

“Obviously, the ability to get people home to Australia depends on the available quarantine capacity in Australia,” Mr Morrison said in November.

Obviously, quarantine capacity doesn’t count if you have the right amount of cash.