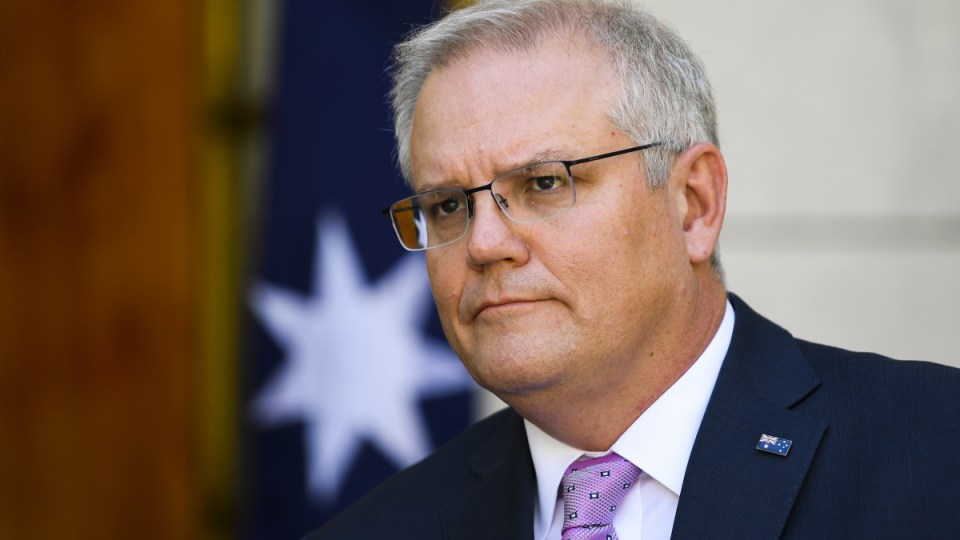 Australians stranded overseas with little hope of getting home before Christmas say there is ‘one rule for them, and another for the PM’, who is currently quarantining at home in The Lodge.

The accusation follows revelations by the Department of Foreign Affairs and Trade this week that the number of Australians trying to get home before Christmas has risen to nearly 37,000, with 8000 of those regarded as “vulnerable”.

The number has increased notably since Prime Minister Scott Morrison promised two months ago that he would bring home stranded Aussies by Christmas.

Labor has attacked the PM, accusing him of failing to help the marooned citizens and breaking the promise he made in mid-September.

But Mr Morrison has likened the task to “a cup that keeps filling up”, saying when he made the promise there were only 28,000 Australians registered, and the government has already brought home 35,000.

“In relation to the commitment I made at the time, I think we have been making good progress against that,” Mr Morrison said.

“Obviously, the ability to get people home to Australia depends on the available quarantine capacity in Australia.”

The international weekly cap on international arrivals was increased from 6000 to 6290 in October, but it’s still not enough to meet demand.

And stranded Australians are furious – at the caps, at the price of quarantine, and at the PM – who they say ‘let us down’.

Tasmanian Peter Blackmore was in the Philippines on holiday. He’s been stuck since February 11, and has no clear way home.

“So I had that planned and booked for March 30th, one week after Morrison’s call. But it was too late – Kalibo [ Aklan province’s capital] was already closed.

Mr Blackmore is currently living off the age pension, getting $884 per fortnight. After his first flight was cancelled, he says it will be impossible for him to pay for another  flight and quarantine.

“The embassy asked me ‘do you have relatives?’ Yes, a 93-year-old mother in a nursing home in Melbourne,” he said.

“They want me to borrow from her. She doesn’t even know what’s going on.”

Deb Tellis, who has worked in India for the past five years as a teacher, is trying to get herself and her daughter home to NSW.

Living in limbo is a strange proposition,” Ms Tellis said.

“Not really knowing when we’re going to get out – I’m surprised we’re still here.”

Ms Tellis secured a seat on a charter flight out of India in June, but her daughter tested positive for COVID-19, so they stayed and did quarantine.

They are hopping around between friends’ places and have moved four times in six months – and are desperate to get home before their luck runs out.

“No landlord will give us accommodation because my visa says I’m only here for a month,” Ms Tellis explained.

“Every month we have to go through the whole immigration thing applying for an extension.”

Shane Taylor is stuck in the Philippines, and he’s worried he could miss seeing his father for the last time if he doesn’t get home to Australia soon.

He couldn’t come home when the PM urged overseas Australians to because the Philippines was in lockdown.

He has lost his job in Australia as a cleaner because of his forced extended stay, and now he’s worried he might miss helping his father battle prostate cancer.

“That’s the problem people stuck overseas are going through.”

He said looking at the pictures of the PM quarantining in The lLdge made him ‘sad’.

“He’s above everyone else. He still had servants attending his needs,” he said.

“His promise of bringing everyone home is just a political line, just spin.”

Mr Taylor said he would happily do quarantine at home – something echoed by many of the stranded Australians.

But as long as the caps remain, they will likely have to wait it out.

On Thursday, Labor foreign affairs spokeswoman Penny Wong called on the government to ‘step up’ and increase quarantine capacity.

“There are people also who haven’t been able to continue to get any assistance at all and are really, really struggling, obviously, and because of the economic shutdown in many nations overseas are without work.”

Australians stranded overseas say there is ‘one rule for them, and another for the PM’