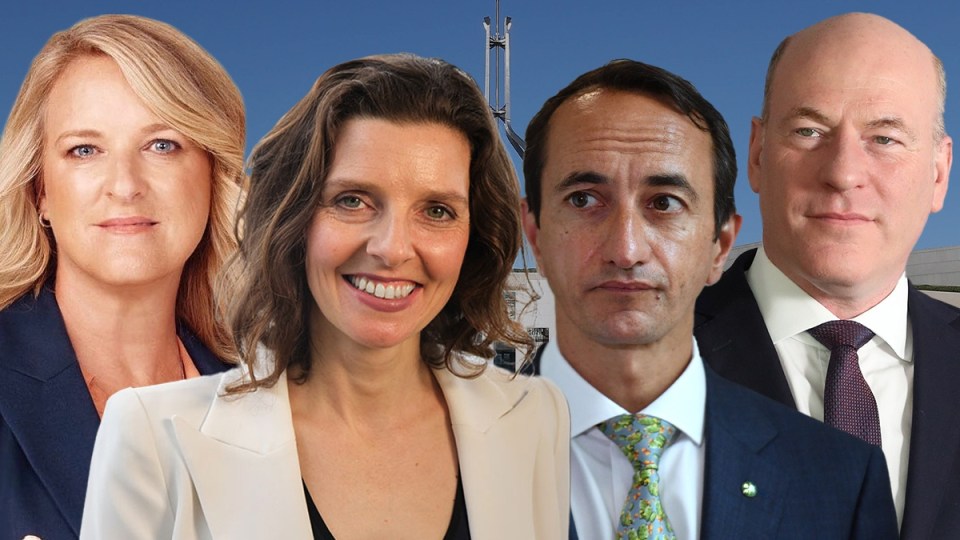 The battle of teal independents and Liberal moderates is already all but lost, Michael Pascoe writes. Photo: TND
opinion

There’s a lot of sloppy commentary about the threat to the nature of the Liberal Party if independents defeat alleged moderates in formerly safe seats.

The reality is that it won’t make any difference – the moderates as any sort of force have already left the building.

The moderate leadership quit between the 2016 and 2019 elections, leaving those remaining powerless.

Eight Liberal ministers or assistant ministers elected in 2016 – all from the relatively liberal side of the party – did not stand at the 2019 election.

Those eight included the leader and deputy leader of the party, the field vacated to the “Morrison club/centre right” and Peter Dutton’s “national right”.

And there are more liberal Liberals not contesting this month’s election – John Alexander, Scott Ryan and Tony Smith.

The Sydney Morning Herald was euphemistic when it described the three most “influential” moderates – Simon Birmingham, Marise Payne and Paul Fletcher – as being “cut from similar cloth and … quieter personalities than their factional predecessors Christopher Pyne, Julie Bishop and George Brandis”.

Whatever their personalities, their quietness represents weakness to the point of irrelevance.

In their own portfolios, the top three are the Finance Minister who believes rorting is fine if it pays off at the ballot box, the Foreign Affairs Minister while defence and the security industry took over foreign policy, and the Minister for Foxtel who let his arts portfolio be left behind the door when COVID largesse was being given out.

The problem with the moderates is that they are, well, moderate. They lack the conviction required to push an agenda against the numbers, to be bomb throwers if that’s what’s required to win when you are the smallest of the three Liberal factions.

Lacking the ticker to go hard, a few fewer in Parliament is neither here nor there.

The National Party is smaller but knows how to get what it wants from government (many, many billions of dollars’ worth of it) and stop what it doesn’t want (credible climate policy).

That comparison naturally leads to what is supposed to be an essential difference between the moderates and the rest of the Liberal Party and between the “teal” independents and the Liberal members they are standing against: Climate action.

A Financial Times story on Tuesday about the rise of the independents neatly summarised how useless the moderates have proven on climate.

“The country’s per capita greenhouse gas emissions are among the highest in the world, on a par with those of Saudi Arabia. It has no national carbon price, electric vehicle incentives or fuel standards. It has continued to expand its huge fossil fuel extraction sectors, promoted coal and gas power over renewables, and undermined international climate negotiations,” the story read.

If the issue is climate, the threatened Liberals have nothing to offer beyond fudged numbers, vague promises and Angus Taylor.

It was simply bemusing to see my local member, North Sydney’s Trent Zimmerman, claim the government’s too little, too late “zero by 2050” policy as a victory.

If that is considered winning, we’ve definitely lost.

Ross Gittins: “The Liberals have supported zero-net emissions by 2050, but refused to increase their commitment to reduce emissions 26 or 28 per cent by 2030. This is judged to be consistent with global warming of three degrees, bordering on four degrees.”

On the next line of the independents’ agenda, integrity, the sitting members again have no record to stand on.

With the exception of Bridget Archer, none was prepared to cross the floor to even allow debate of Helen Haines’ proposed federal integrity commission bill.

The moderates’ support for rorting taxpayers’ funds – “it’s what electorates expect”, according to Mr Birmingham – displays the entitlement the independents are challenging.

I’ve noticed a social media advertisement for Mr Zimmerman that ironically demonstrates the problem, the MP cataloguing all the money he has obtained for North Sydney – never mind what the role of federal government should be, the relative need of his wealthy electorate, whether the Commonwealth was getting the best value for its spending, or whether money for local parks should be allocated on the basis of which political party controls Treasury.

The other issue in the teals’ trifecta is gender equality.

It’s simply walking the talk to have accomplished, intelligent women from outside the political machines standing against men within and beholden to a party machine with the lowest proportion of women members.

What changes if Messrs Sharma, Wilson, Zimmerman, Falinski, Fletcher and Frydenberg (not that the Treasurer is in the moderate faction) were all to be replaced by female candidates serious about climate, integrity and gender equality?

Disclosure: Freeing the Biloela family was a guarantee given by Kylea Tink when I MCed a “Democracy Dinner” for her last week. I left impressed by how hard she and her community team are campaigning and listening. I had already been impressed by her competence.

Given the opportunity to make a final pitch, Ms Tink stressed the reflection of the electorate’s concerns, not those of a political party answering to various vested interests.

She pretty much channelled what former Liberal deputy leader, Fred Chaney, wrote in the following day’s SMH and Age: “Members are no longer able to successfully execute what the electorate demands and it is now in the sad position of being held hostage by its extremes and those of its Coalition partner.”

Whatever happens on May 21, the moderates effectively surrendered years ago.