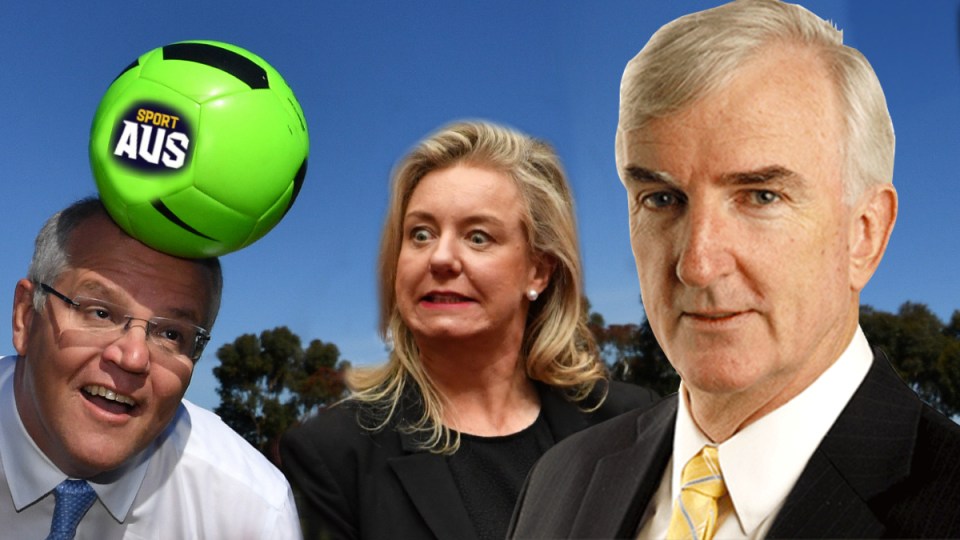 Are you, the voting public, sick of government funding rorts? You only have yourself to blame, Michael Pascoe writes. Photo: Getty/TND
analysis

Just when you thought it couldn’t, political integrity has dropped another notch.

I thought we reached the low point in our rorting degradation last year when Gladys Berejiklian was metaphorically caught with her fingers in the paper shredder over $252 million worth of politicised council grants.

The NSW Premier effectively said: ‘Yeah, it’s crook, you might not like it, but that’s the way it is, so too bad’.

But on Sunday federal Finance Minister Simon Birmingham went further when confronted with the Morrison government’s $660 million #carparkrorts. According to the leader of the government in the Senate, it’s all our fault, “it’s what electorates expect”.

At least Ms Berejiklian was capable of admitting to the pork barrelling.

Senator Birmingham stuck with obfuscation, deflection and claiming black was white on the ABC’s Insiders program, topping his performance with the ultimate self-serving justification: “The Australian people had their chance and voted the Morrison government back in.”

There is an unspoken covenant between taxpayers and government that when we pay taxes, we expect that money to be used first, foremost and always for the good of the Commonwealth, hopefully in an efficient manner.

It is not to empower shiny bums to keep polishing the Treasury benches by splurging billions in key seats with inefficient and iniquitous boondoggles.

For 18 months now on these pages, we have been cataloguing the Coalition’s bastardisation of various grants schemes, starting with the particularly egregious $100 million #sportsrorts up to the daddy of them all, the $3-plus billion (and still growing) Community Development Grants, with stops along the way for the Building Better Regions Fund, the Local Roads and Community Infrastructure Program et al.

‘If you’ll rort one grants scheme, you’ll rort ‘em all’ is the lesson we’ve been taught by the government.

The latest instalment, #carparksrort, is par for the course.

How fitting that it was disclosed by the Auditor-General within days of Bridget McKenzie being returned to federal Cabinet as it shares plenty of DNA with that earlier ‘sports rorts’ scandal.

Most particularly, like #sportsrorts, the fingerprints of the Prime Minister’s Office are all over it, guiding which electorate would cop the moola.

Don’t forget this element of the ANAO’s #sportsrorts report:
At 12.45pm (on April 10), the Prime Minister’s Office emailed Senator McKenzie’s office to ask that a $500,000 grant in the seat of Kennedy – held by renegade independent MP Bob Katter – be dropped and the same amount instead be given to the Hawthorn Malvern Hockey Centre.

The centre is in the electorate of Kooyong, held by Liberal frontbencher Josh Frydenberg.

Senator McKenzie’s office resisted, claiming the Kennedy project was “a very important one for the region” and the Sport Minister was due to visit the seat with the Liberal National Party candidate who had been lobbying for the money.

No fewer than four of the highly dubious car park approvals were for Kooyong – the Liberal Party was worried at the time that Mr Frydenberg might lose his seat.

The Auditor-General wrote of the car park selection process:

Back in the day, it traditionally was the role of a good finance minister to be the hard man of cabinet and, in particular, the Expenditure Review Committee – the minister who said “no”, who tried to rein in inappropriate spending.

The then-finance minister, Mathias Cormann, along with Treasurer Frydenberg, sat on the committee that ticked off the rorts and the pork barrelling, the shoddy deals and appalling governance.

Simon Birmingham now is supposed to have the responsibility. Judging by his answers on Insiders, it would be foolish to expect any improvement.

Ironically, part of Senator Birmingham’s attempt to bluster through the #carparksrort embarrassment was to parrot the government’s current infrastructure advertising slogans.

Maybe he doesn’t realise that campaign is a further abuse of public money for political ends – a rort on a rort.

Or maybe he does. Apparently we’re asking for it.