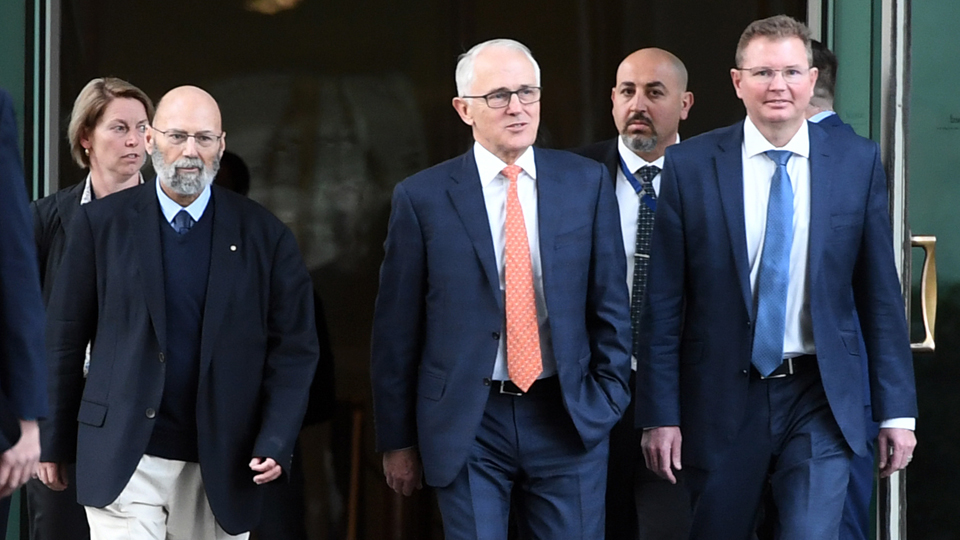 A liberal party without moderates is bad news for the nation's governance. Photo: AAP

Whoever wins government on May 18, there is one certainty: It will be a decidedly more conservative, more neo-liberal and less liberal Liberal Party than the one elected in 2016.

And whether that party occupies the Treasury benches or not, it poses a problem for the good governance of Australia.

Without the electorate having any say in it, the Liberal Party will have lost most of its “moderate” leadership in three years.

There are eight Liberal ministers or assistant ministers elected in 2016 who are not standing this time – and they are all from the relatively liberal side of the party.

Malcolm Turnbull, most obviously, and Julie Bishop – 21 years in Parliament and the party’s deputy leader for 11 years.

Christopher Pyne – the Leader of the House for the past six years and 26 years an MP.

Compare those who are leaving with those determined to stay on those plush leather seats the longest: Should they be re-elected, there are three men who were ministers in the last Howard government: Tony Abbott, Eric Abetz and Kevin Andrews – the AAA club of arch conservatives. Deadwood lingers.

“Moderate” is a relative term – Mr Ciobo and Mr Keenan both voted for Peter Dutton as leader in the last coup – but the ascendancy of the “dries” and cleanout of “wets” (or at least “damps”) leaves a party veering further away from the pragmatic centre of politics that has served Australia so well.

Rather than the claimed “broad church” of earlier years, the post-May 18 Liberal Party is more aligned with its membership that voted to sell off the ABC, and with the Institute of Public Affairs, the right-wing think tank that increasingly features supporters and alumnae as Liberal candidates.

No doubt that is seen as a wonderful thing by the IPA’s most prominent backers – Gina Rinehart and the Murdochs – but it’s a problem for Australia on two fronts.

Australia is a rarity in seeing climate policy as a matter of “left” versus “right” – and that’s thanks to Mr  Abbott’s political opportunism.

Who gave Australia our last significant tax reform, the GST? John Howard … and Meg Lees. It cost Senator Lees her job and helped ultimately destroy the Democrats, but it wouldn’t have happened without her.

Total Opposition has lingered on in government. Reasonable people in the Liberal Party and officials in Treasury knew Australia’s negative gearing system required refining, but the possibility of the Liberal Party actively considering it went out the window as soon as the Labor Party announced its policy.

Total Opposition represents putting the selfish interests of individual politicians and their party ahead of what’s best for the nation.

In my opinion, it’s treason. Both sides are capable of it, but the Abbott era took it to the max.

Forgive me if you’ve heard this one before, but on the night of the 2016 election when the result was not clear, I stumbled on a neat balance in our political history. If you accept that Australia entered the modern era with the election of the Whitlam government in 1972, over the following 44 years we had 22 years of Liberal prime ministers and 22 years of Labor leaders in the Lodge.

The result has been a brilliant country and successful economy, a country that can and should be even better, but is pretty damned fine by international standards.

The danger now is that a hard-right Liberal Party departs from that pragmatic centre. A party where liberals are unwelcome, where neo-liberalism is unrestrained, where Murdoch myrmidons call policy, is at risk of taking Australia further down the American Republican path that local right wingers hunger after.

The rise of the Right, most obviously in the US but also here, is not accidental. It has been decades in the making, financed and planned by people and institutions with the money and will to do so.

In the US, the likes of the Koch brothers have financed the think tanks and candidates to serve the primary interests of hard-Right conservatives: To preserve and increase their wealth and privilege through lower taxes and, therefore, smaller government and less government interference in their businesses. The means of achieving that aim is having wealth and privilege in the first place.

The nationalist Right includes “It’s OK to be white” as part of that privilege. When the National Party officially declares it has much in common with One Nation and prominent Liberals happily attend racist rallies, we’ve already travelled a disturbing distance down that road.

The IPA and its fellow travellers are echoes, albeit somewhat sad echoes, of the network of Koch-supported lobbyists and pressure groups, from The Heritage Foundation to Americans for Tax Reform and plenty of stops in between.

Over time they have chipped away at the concept of civil society, of public services, of a commonwealth.

Their success is measured by the Liberal Party’s belief that the winning core policy for this election is “lower taxes”.

Depending on how you care to measure successful societies, most actually tax more than Australia does, but the hard-Right pitch takes for granted that tax and government services are intrinsically undesirable.

Those who support the idea of a pragmatic, progressive Australia are left (so to speak) fighting against what is held to be a self-evident truth, rather than doctrinaire spin.

One of the crimes the Liberal Party’s hard Right alleged against Mr Turnbull was that he was “more ABC than Sky News”. For such a sin did the party knife its most popular leader last year.

As it turns out, most Australians are “more ABC than Sky News”, but that hasn’t constrained the Liberals’ push to the right.

With most of the moderate Liberal leadership purged and the pre-selection process demonstrably capable of throwing up homophobes, racists and misogynists, there will be even less constraint on the swing towards the hard Right.

At the extreme, that ends up with the nationalist populism of Donald Trump. Financial Times columnist Martin Wolf has written an admirable piece on how politicians of the centre right and centre left should respond to such extremes.

“They must recognise they are in for a huge fight,” warns Mr Wolf.

“A massive financial crisis, with a bitter aftertaste, undermined confidence in almost all elites. Moreover, as Jonathan Swift wrote, ‘Falsehood flies, and truth comes limping after it’. What would Swift have made of our media? Yet liberal democracy survived the great challenges of the interwar years and the Cold War. As Torben Iversen and David Soskice argue in Democracy and Prosperity, the stabiliser is widely shared prosperity. Without that, all is lost, especially when belief in democracy has waned.”

Wolf lists and explains 10 factors that he thinks matters in restoring hope. There’s not space or need here to repeat the column you can read for yourself, but the 10 factors provide the flavour: Leadership, competence, citizenship, inclusion, economic reform, the local, public services, globalisation and global co-operation, looking ahead, complexity.

On looking ahead, Wolf writes: “We live in a world of large, long-term upheavals – notably climate change, artificial intelligence and the rise of Asia. Good governments must look at what these things might mean for their peoples and the world. If democracies cannot do this sort of forward thinking, they will have failed.”

The hard Right notably and almost proudly declines to do that. Just cut taxes and shrink government and those paying the piper will be happy with the tune. And we will fail.

That’s why a Liberal Party without liberals is a problem for Australia, win or lose.