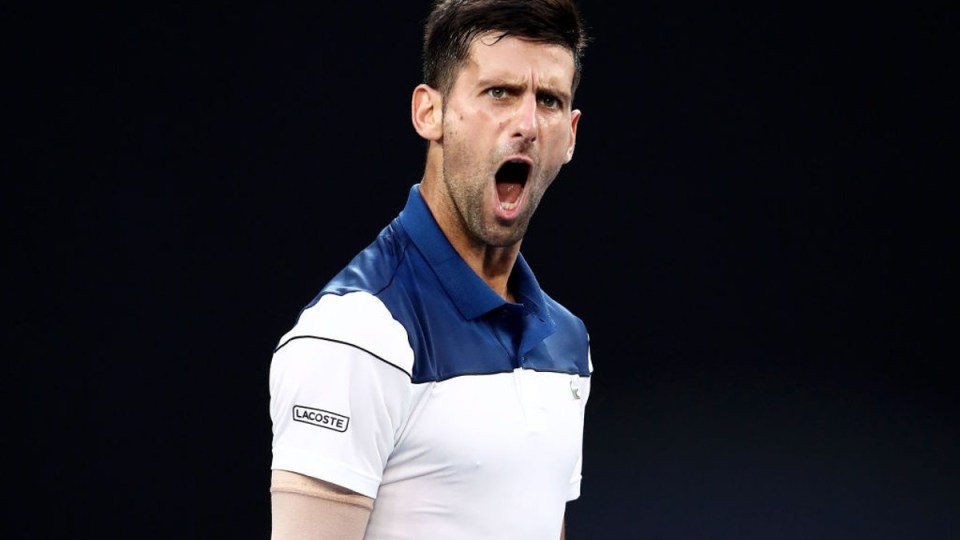 Scott Morrison has denied a double standard between his government’s criticism of Novak Djokovic’s anti-vaccination stance and failing to crack down harder on similar views among fringe Coalition MPs, claiming they are “two different issues”.

The Labor opposition has accused the federal government of dragging out the Djokovic visa saga as a distraction from its woes on COVID case numbers and testing shortages.

In documents handed to the Federal Court in defence of his decision to cancel Djokovic’s visa, Immigration Minister Alex Hawke raised fears that the tennis star’s presence in Australia could bolster anti-vaccination rhetoric. That led Labor to ask why the Coalition hadn’t taken more action on controversial vaccine sceptics in its own ranks.

“Mr Morrison cannot pretend that he is a wolf, tough on Novak Djokovic, but a lamb in front of his own party room unwilling to tell people like George Christensen to pull their head in,” shadow home affairs minister Kristina Keneally said.

Djokovic left Australia on Sunday, after the Federal Court upheld Mr Hawke’s decision to cancel his visa, on “health and good order grounds”. The world tennis No.1 chose to remain unvaccinated for COVID-19, and his request for an exemption to Australia’s vaccine mandate was rejected.

Djokovic has the support of anti-vax and COVID sceptic groups in Australia and abroad – a factor Mr Hawke cited among his reasons for cancelling the visa.

“I consider that Mr Djokovic’s presence may pose a health risk to the Australian community, in that his presence may foster anti-vaccination sentiment,” he said in his submission to the court.

But Labor politicians questioned why Mr Morrison and the Coalition had not spoken more strongly against the likes of backbench MPs Mr Christensen, Gerard Rennick, Matt Canavan and Alex Antic, who have also questioned the safety of vaccinations and other COVID measures.

Mr Christensen was censured by the Parliament, and heavily criticised by some of his colleagues, last year after a series of comments comparing state COVID rules to murderous dictatorial regimes, and claiming face masks don’t work. Senator Rennick has used a taxpayer-funded website to collect and share unverified claims of injuries caused by vaccines.

Last week, Senator Rennick accused his own government of “politicalisation” of the Djokovic issue, calling it “a disgrace and an international embarrassment”.

“[The Morrison government] has decided to pick a fight with a person who committed the so-called crime of being unvaccinated,” he wrote on Facebook.

Senator Antic has spoken at anti-lockdown rallies, while Senator Canavan has railed against vaccine mandates.

“The government’s failure to crack down on anti-vaxxers in its own ranks just shows that this whole exercise has been designed to distract from their failures on rapid antigen tests and a shortage of groceries in our supermarkets,” Labor’s shadow treasurer, Jim Chalmers said.

Senator Keneally claimed Mr Morrison had been weak on Mr Christensen and Senator Rennick, who she alleged were “undermining our vaccine rollout”.

It seemed a co-ordinated Labor talking point, with numerous other opposition MPs taking to social media to make similar arguments.

But Mr Morrison rejected those claims.

Mr Morrison said the Djokovic case was “about someone who sought to come to Australia and not comply with the entry rules at our border”.

“On multiple occasions, we’ve said that we disagree with anybody, anywhere with an anti-vaccination sentiment,” he told Radio National.

“By the position that we’ve taken, that’s helped us achieve a, a 95 per cent vaccination rate for the over-16s in Australia – one of the highest rates in the world.”

Mr Hunt also rejected a question about whether the government had made Djokovic a “pinup for the anti-vax movement”.

“We’ve actually got two things here – a consistent rule, and a strong position, which is pro-vaccination. And the consistent rule is about entry into Australia and control of our borders, that it’s vaccinated people who can come in, or those with a valid medical exemption,” he said.

Senator Keneally said the government should have taken stronger action on its rogue MPs.

“What the Minister is arguing is that Novak Djokovic should lose his visa because of things he said publicly overseas before he came to Australia,” she told the ABC.

“If that is the basis to to cancel Novak Djokovic’s visa, boy is Mr Morrison gonna be surprised when he discovers what the likes of George Christensen and senators Rennick and Antic and Canavan have been saying to discourage vaccination this very weekend. They’ve been doing it for months.”