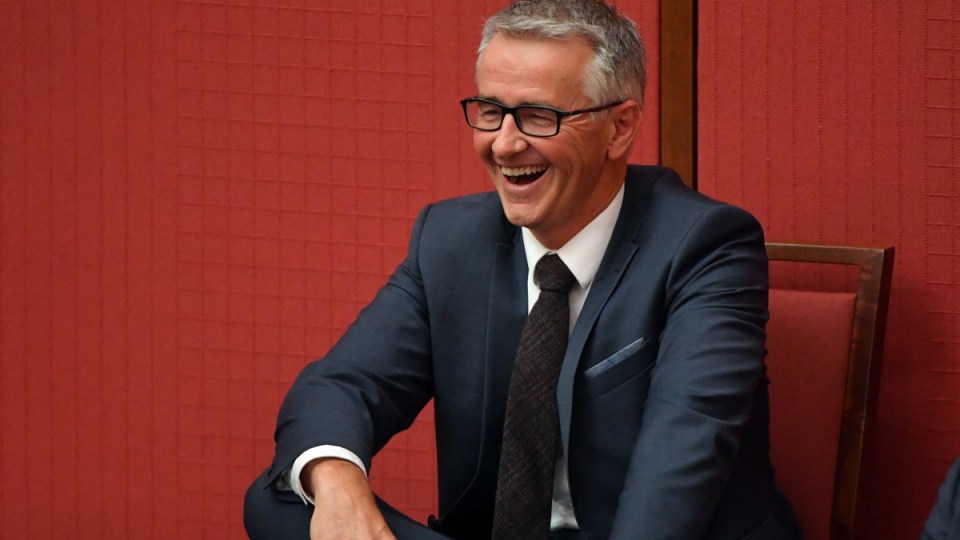 Coalition senator Gerard Rennick is being accused of undermining the nation’s vaccine rollout with “anti-vax content”, after setting up a taxpayer-funded website to publish unverified reports of alleged vaccine adverse events and claim a government “cover up” of side effects.

The Queensland senator, who says he will withhold votes from his government’s legislation unless they back down on vaccine mandates for workers, has defended his actions as in “the taxpayer interest”.

But Senator Rennick has been condemned by the federal Opposition and by Australian Medical Association vice president Dr Chris Moy, who called it “about as anti-scientific as you can get”.

For several weeks, Senator Rennick has been collecting stories from people who allege they’ve suffered medical side effects after getting a COVID-19 vaccine.

After receiving stories on Facebook, Senator Rennick copies and republishes the claims – complete with photos – several times a day on social media.

In its latest report on vaccine adverse effects, the Therapeutic Goods Administration said it received 2.1 reports of adverse effects per 1000 doses, with the most frequently reported complaints including headaches and arm soreness.

The TGA stresses “the protective benefits of vaccination continue to far outweigh the potential risks”.

More than 85 per cent of Australia’s 16+ population is double vaccinated.

Facebook automatically places a warning label on many of Senator Rennick’s posts, advising vaccines “go through many tests for safety and effectiveness”.

Nonetheless, as The New Daily has reported, Senator Rennick’s Facebook following has exploded since he started to post such content – from just 20,000 fans on October 23, to more than 78,000 on Sunday, an increase of 290 per cent in less than a month.

“I’m trying to put another side to the story here,” Senator Rennick said of his online campaign to TND.

His vaccine campaign became more formal recently, with the addition of a “vaccine injuries” page to his official website that asked people to send in stories of alleged side effects by completing an online form.

On the website, Senator Rennick claims vaccine injuries are “being covered up”.

“PLEASE HELP ME STOP THE COVERUP,” the website reads.

Senator Rennick told TND his website was taxpayer funded, but claimed adding the vaccine injuries page to his site came at “no extra cost”.

“As far as I’m concerned, I’m allowed to use it this way,” he said.

“We’ve spent billions on these vaccines and people have the right to know the effects.”

His Facebook page carries an authorisation notice in the name of Lincoln Folo, the Liberal National Party’s state director in Queensland.

TND contacted Mr Folo several times for comment on the Senator’s online activity and vaccine campaign, but received no response.

Senator Rennick said he calls most of the people who send him stories before posting them online, in an attempt to verify their claims.

He admitted he “can’t verify the data is 100 per cent accurate”, but said he was “very confident the majority of them are accurate”.

Claiming he had been “swamped” with people contacting him, Senator Rennick said he started the new page on his website as a way “to file the data they send me all in one place”.

He rejected claims he was undermining the vaccine rollout, instead alleging he was “shining a light on the injuries so people can make an informed decision”.

“It could directly undermine vaccine confidence and does a great disservice by putting at risk individuals who may not get vaccinated as a result, and by extension the wider community,” he told TND.

“He’s not a scientist or a doctor bound by ethical principles of their professions; he’s a politician.”

“It only allows for one answer. It’s about as anti-scientific as you can get,” he said.

Labor senator Murray Watt, who has previously described Senator Rennick as an “anti-vaxxer”, was also critical of his campaign.

“This is a government senator running anti-vax content, totally contradicting the official line from the government,” he told TND.

“If the website is funded by the LNP, that means the party that’s in government is sponsoring material going against the government’s message.

“If it’s taxpayer funded, that’s even more serious. What he’s doing is dangerous.”

In recent days, Mr Morrison has criticised vaccine mandates proposed by Queensland Premier Annastacia Palaszczuk, after Senator Rennick had threatened to withhold his vote from the government unless Mr Morrison spoke more strongly against such mandates.

Fellow Coalition Queenslanders, including George Christensen and Matt Canavan, are speaking out strongly on the issue, as well.

Senator Watt, Labor’s shadow minister for Northern Australia, accused the federal government of a “deliberate strategy” on questioning vaccine mandates, in order to arrest a possible loss of conservative support.

“Scott Morrison wants to walk both sides of the street, to bag Queensland for vaccinations not being high enough but also letting senators run around spreading misinformation about the vaccine,” he claimed.

“He’s scared of his right-wing flank fraying, so he’s actively allowing a number of his MPs to spread messages catering to that audience.”

He called on the government to support a push from One Nation’s Pauline Hanson to outlaw what she calls “discrimination” against people who haven’t been vaccinated.

“It’s only words. He’s got to walk the walk,” Senator Rennick said of the Prime Minister.