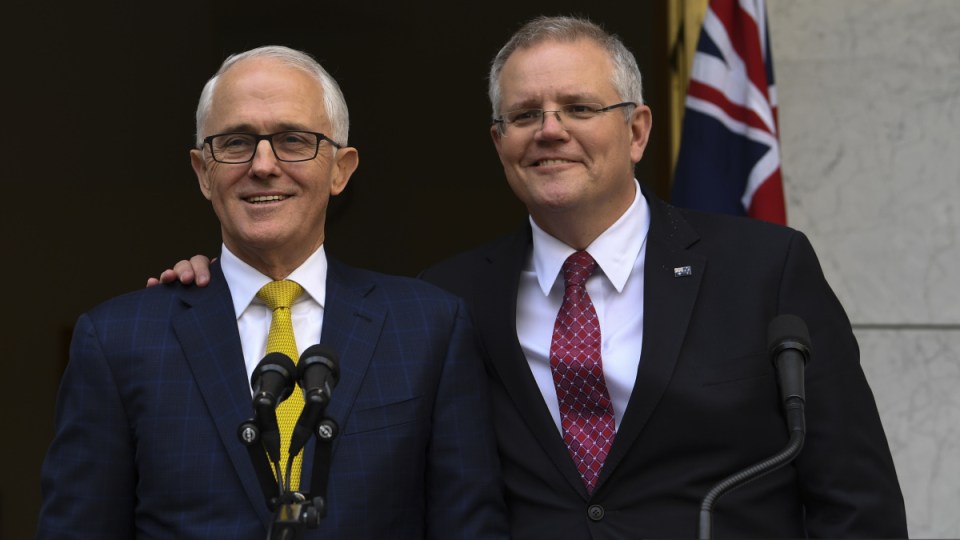 Mr Turnbull said he’d been in touch with French President Emmanuel Macron, despite Mr Morrison having been knocked back from a similar call, and warned the controversial decision to scrap the Naval Group contract had trashed Australia’s standing on the international stage.

“Mr Morrison has not acted in good faith. He deliberately deceived France. He makes no defence of his conduct other than to say it was in Australia’s national interest,” Mr Turnbull told the National Press Club on Wednesday.

“This is an appalling episode in Australia’s international affairs and the consequences of it will endure to our disadvantage for a very long time.”

The former PM also blasted Mr Morrison for suggesting he wouldn’t attend next month’s Glasgow climate summit, saying “history is made by those who turn up”.

Mr Turnbull was replaced by Mr Morrison as prime minister in 2018, following a Liberal Party ballot that saw the former member for Wentworth toppled as leader. He has been highly critical of the government on numerous topics since leaving office, including international relations, parliamentary ethics and climate.

Mr Turnbull also signed the deal with France’s Naval Group in 2016 for 12 conventional submarines, to be built in Adelaide. It was ripped up after the AUKUS deal and a new plan to build nuclear submarines with American and British allies.

Speaking to the National Press Club in a nationally televised speech, Mr Turnbull said he and his government had considered nuclear-powered submarines several times, but believed it would require a civil nuclear industry in Australia to maintain. That is, he questioned whether Mr Morrison’s plan under the AUKUS pact could be delivered without building a nuclear industry in Australia.

He also raised concerns about the highly-enriched uranium fuel sources used in the American and British subs, and suggested Australia could have considered the low-enriched uranium boats built by the French instead. Mr Turnbull claimed there were too many questions about price, timing and capability that were still unanswered by the government.

“The blustering attempts to wedge those who seek answers do not serve our national interest,” he said.

“No design, no costing, no contract. The only certainty is that we won’t have new submarines for 20 years and their cost will be a lot more than the French designed subs.”

But the former PM saved his most savage criticisms for Mr Morrison himself. Mr Morrison and his government have been blasted by their French counterparts for how the Naval Group contract was shelved, with Parisian diplomats and politicians incensed at what they called a “stab in the back”.

Mr Morrison admitted last week he had not been able to reach President Macron by phone call to relay the decision, and instead sent a message just hours before the AUKUS announcement was made.

“This betrayal of trust will dog our relations with Europe for years. The Australian government has treated the French republic with contempt. It won’t be forgotten,” Mr Turnbull said.

“Every time we seek to persuade another nation to trust us, somebody will be saying ‘remember what they did to Macron. If they can throw France under a bus, what would they do to us?’.”

Mr Turnbull described Mr Morrison’s actions as “blundering”, “slippery” and “deceitful”. He also revealed that he had been in contact with President Macron recently, even as Mr Morrison’s advances for a call have been ignored.

“Scott Morrison deliberately and elaborately set out to persuade the French that their deal was on foot and proceeding until he knew he had an alternative deal, whereupon he dumped the French and his deceitful conduct was exposed,” Mr Turnbull said.

But despite his criticisms of the Morrison government’s approach, Mr Turnbull said he hoped AUKUS would be “a great success”.

The former PM was also asked about climate change. His leadership was torn down in the midst of a 2018 debate about clean energy and climate, and he has been critical of the current government’s environmental policies.

He warned of “catastrophic” climate impacts, called the government’s plans for a gas-led recovery “nonsense”, and said he planned to attend the Glasgow climate conference in November.

Mr Morrison, however, flagged this week that he might not attend himself.

“History is made by those who turn up. If Mr Morrison decides not to go to Glasgow, he is sending a message,” Mr Turnbull said.

“His absence will send a strong message about his priorities. This is a critical conference.”

“This is an existential crisis and we have to cut our emissions. We have to stop burning coal and gas. It troubles me that we still have this nonsense from the government of a gas-led recovery. We have got to be getting out of coal and out of gas.”

Mr Turnbull said he remained a member of the Liberal Party, but declined to say whether he would again support independent climate-focused candidates in the next federal election.

He also declined to say if he would vote Liberal at the next election.