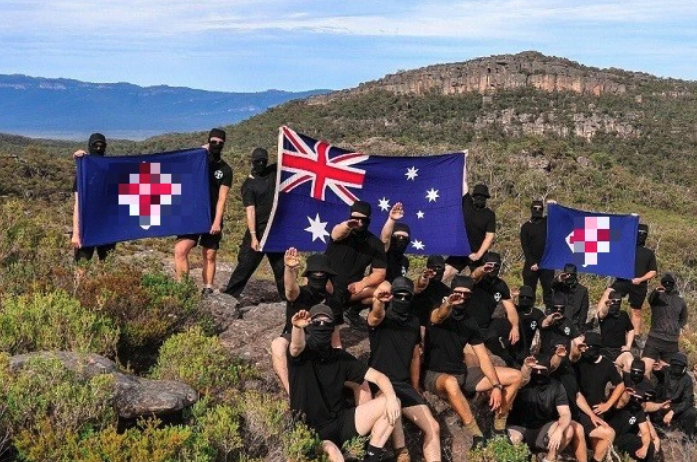 Intelligence agencies say violent right-wing extremism activity in Australia has jumped 250 per cent in just three years, with police urging the criminalisation of symbols such as swastikas and the Christchurch shooter’s deranged manifesto to help disrupt potential terror attacks.

Right-wing extremism is the fastest-growing threat for law enforcement, agency heads have told a parliamentary inquiry.

But Islamic terror remains the biggest focus for police – with the nation’s spy chief warning a violent attack is “likely” within the next 12 months.

“There is a gap in current criminal laws, which constrains investigators’ response to those who possess or disseminate abhorrent or instructional extremist content,” Australian Federal Police deputy commissioner, Ian McCartney, told parliament.

“We feel current aspects of criminal laws are out of step with community expectations.”

The Parliamentary Joint Committee on Intelligence and Security held the first hearing on its inquiry into extremist movements on Thursday.

Australian Security Intelligence Organisation director-general Mike Burgess has previously said right-wing terror makes up 40 per cent of his organisation’s counter-terror work. On Thursday, he said it was just 16 per cent only three years ago.

Mr Burgess said ASIO considered a terrorist attack in Australia was “likely” within the next 12 months. However, he later clarified this was based on Australia’s official terror threat level being set at ‘probable’, where it has been for some time.

“Given the growth we’ve seen in nationalist and racist violent extremism we anticipate there will be a terrorist attack in this country in the next 12 months,” he said.

“We anticipate that is likely… that’s what ‘probable’ means.”

ASIO recently updated its language around terror, deciding to no longer use terms like “right-wing” or “Islamic”, replacing them with “ideologically based” or “religious based”.

Mr Burgess noted terror in Australia “can come from either ideology and therefore for me doesn’t really matter, because they’re both capable”.

“We have credible intelligence that individuals and small groups have the capable intent,” he said.

Mr Burgess noted at multiple times in his evidence that Islamic terror was still Australia’s main threat, saying fledgling extreme-right groups in Australia “are not ISIL”.

Later, AFP officials warned of a “gap” in laws around extremist material, which officers thought was hindering their ability to intervene at early stages of terror attack planning.

Mr McCartney said the AFP wanted the possession of abhorrent violent material, extremist symbols such as swastikas, “instructional manuals” or terror manifestos – like that left by the Christchurch terrorist, before his shooting rampage at two New Zealand mosques – to be criminalised.

“Police are limited in the action we take to disrupt radicalised individuals, when they’re at the early stage in the attack planning continuum,” Mr McCartney said.

“We strongly support the criminalisation of public display or flags or other extremist inisignia. In the current environment, the time has come to strongly deter actions in harassing and vilifying members of our community.”

Labor senator Kristina Keneally asked if police thought possessing such material could mean someone was on a pathway to becoming radicalised, to which Mr Lee said “that’s right”. He went on to say that current laws only allowed police to intervene if they could connect such symbols or material to a specific terrorist act – a condition he said made it “extremely problematic” to disrupt potential attacks at early stages.

“We think it’s timely … that the mere possession of these things, in certain circumstances, taking away professional or other requirements, there’s a need for that to be criminalised,” Mr Lee said.

Mr McCartney said there was “no circumstances”, other than professional or research contexts, where Australians should have access to extremist content like propaganda, manuals or magazines.

The Christchurch terrorist’s manifesto, which outlined his vile racist beliefs in detail, was cited as an influence in multiple other terror attacks around the world.

The AFP and ASIO also told the parliament of an “increase” in ideologically-motivated extremism.

Mr McCartney said four of the 26 individuals charged with terror offences by the AFP in the past year were in this category. Concern grow about that type of extremism had grown further during the pandemic, and experted expected it to keep swelling.

Mr Lee said the AFP was identifying minor, including people as young as 13, being drawn into such ideologies, and said it was difficult for parents to keep track of what their kids were up to.

“We’ve got [adherents] becoming younger, they’re engaging online in bedrooms. When we speak to their parents, they’ve got no visibility at all on what they’re doing,” he said.

“Depending on their background, they’re nowhere near as digitally literate as their children. There’s a conversation needed to have there at all levels of society on how we educate, make people aware, and how we partner with community in terms of responding to the threat.”