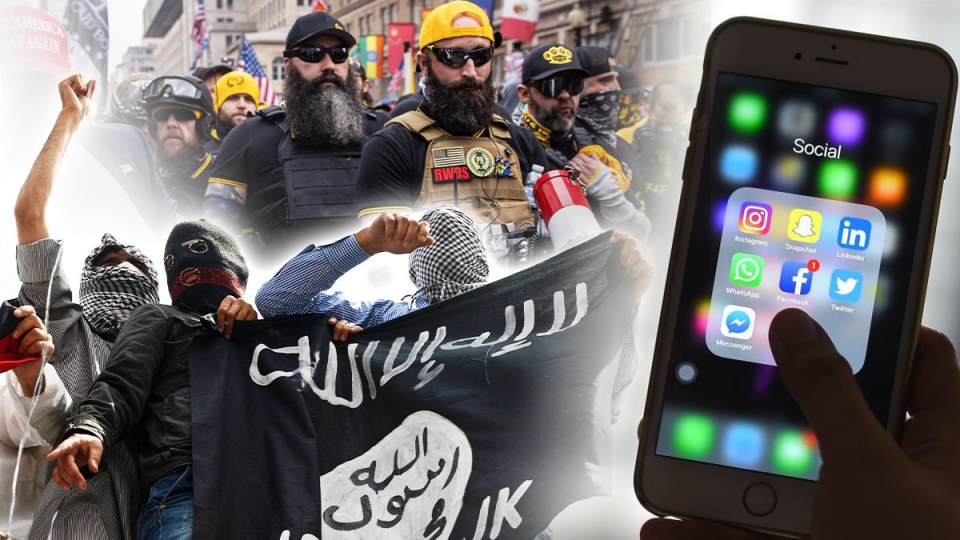 However, she said the timing was suspect after various members of the Morrison government cried foul over ASIO’s use of the term “right-wing terror” to label violence committed by white supremacists and fascists.

“We’ve had people in the Liberal Party vehemently opposing the term ‘right-wing’, what we see now is our security agencies acting on that,” Dr Aly told The New Daily.

“So while the change is welcomed, I think it’s pretty obvious to a lot of people that while it comes at a time when we’re dealing with right-wing extremism, it is being treated very contrary to what Muslim communities had to deal with.”

But he said using terms referring to political allegiances or religious views were no longer useful because “words matter”, and the agency’s main focus is on quelling the threat of violence.

“[We’re seeing] a growing number of individuals and groups that don’t fit on the left–right spectrum at all; instead, they’re motivated by a fear of societal collapse or a specific social or economic grievance or conspiracy,” Mr Burgess told reporters and politicians in Canberra.

“So we need to use language that can accommodate groups … outside the traditional categories.”

But the language shift comes just over a year after a similar speech by Mr Burgess warning of the “real” and “growing” threat posed by far-right groups, with some groups gatherings to “salute Nazi flags, inspect weapons, train in combat and share their hateful ideology.”

That claim was pilloried by Home Affairs Minister Peter Dutton, who said “left-wing lunatics” must also be dealt with.

“If the proliferation of information into the hands of right-wing lunatics or left-wing lunatics is leading to a threat in our country, my responsibility is to make sure our agencies are dealing with it,” Mr Dutton said in February.

According to evidence tabled to federal parliament by ASIO, far-right violent extremism now comprises 40 per cent of the agency’s domestic caseload – up from 10 to 15 per cent pre-2016.

“Look, there’s certainly the potential for [these changes] to be a positive contribution,” Professor Barton said.

“We need to recognise that the Islamic State, for example, is no more representative of Islam than the Ku Klux Klan is of Christianity.

“But [the changed labels] is a recognition even the far-right area of violent extremism has a strange cocktail of odd elements, including eco-fascists and misogynists – including so-called incels – mixed up with people who have a more straightforward white supremacist view.”

The Islamic Council of Victoria’s president Adel Salman said the changes would reduce the stigma and “unnecessary ill-will” the local Muslim community has felt for decades.

“The connection and conflation of these crimes with Islam as a religion and Muslims as people of faith is wrong and factually incorrect. But it’s also been very damaging and undermined social cohesion,” he told The New Daily.

“But we should actually be calling out the threat of white nationalist extremism and have very clear messaging around it, because that threat is real and it kills, it absolutely kills.”

Australian National University PhD researcher Simon Copland said the change could give licence to conservative arguments that extremism is occurring across the political spectrum, which he said is a false equivalence.

He said it also taps into Australia’s inability to reconcile with its growing far-right extremism problem in the wake of the 2019 Christchurch terror attacks after a brief period of “really intense discussion”.

And by painting extremists in such broad strokes, Mr Copland told The New Daily this threatens to diminish the problem at hand.

“The threats we’re facing on the ideological spectrum are from the far-right. But the chief of ASIO pointed to incels as one group that doesn’t traditionally fit under that umbrella term, which I think is just false,” Mr Copland told The New Daily.

“There’s been an inability or unwillingness from leadership in particular to really deal with the inherent structures of racism that exists, because it requires a serious reckoning from us as a country.”