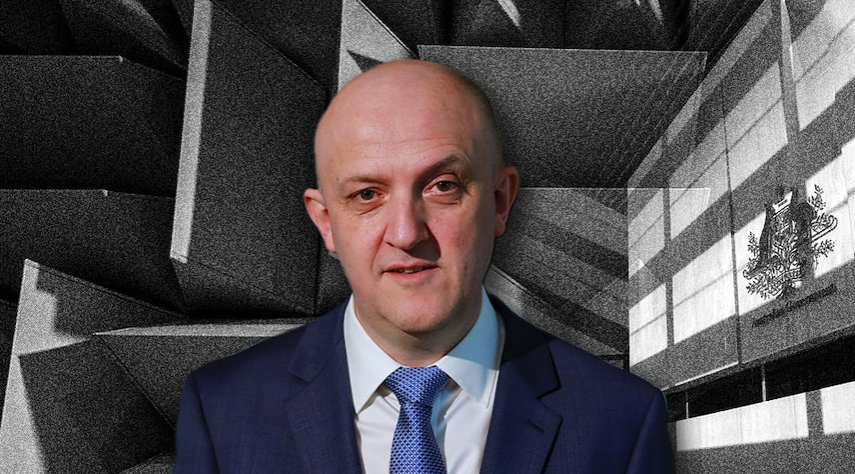 Mike Burgess says there is "credible intelligence that individuals and small groups have the capable intent" for an attack. Photo: ABC

The head of the nation’s intelligence agency has told a parliamentary inquiry that it is anticipating there will be a terrorist attack in Australia sometime in the next year.

The director-general of the Australian Security Intelligence Organisation, Mike Burgess, said while the main security threat remained from Sunni Islamic extremist groups, the growth in right-wing extremism was also a major concern.

“Given the growth we’ve seen in nationalist and racist violent extremism we anticipate there will be a terrorist attack in this country in the next 12 months.

“It can come from either ideology and therefore for me doesn’t really matter, because they’re both capable of conducting acts of violence and that’s where we focus.”

Mr Burgess was later asked to clarify his comments, that he believed an attack could happen within the next year.

“We have credible intelligence that individuals and small groups have the capable intent and we, on that basis, assess that there is likely to be a terrorist attack sometime in the next 12 months as we’ve seen in the last 12 months,” he said.

“Unfortunately there were two terrorist attacks in this country last year and it resulted in two Australians being killed.

“We anticipate that is likely in the next 12 months, that was probable means.”

Mr Burgess was speaking at an inquiry into extremist movements and radicalism in Australia that’s currently being run by the powerful Joint Committee on Intelligence and Security.

He said right-wing extremism had grown from 16 to 40 per cent of the agency’s onshore terror-related workload in the past three years.

Mr Burgess told the committee a decision to avoid referring to “Islamic” and “right-wing” extremism came after months of discussions with the community and stakeholders.

“It’s not a ban on other terms and where we need to give colour to a particular form ideology we will call it out.”

When asked by Labor’s Kristina Keneally if there was evidence of extreme misogyny in the messages spread by right-wing groups, the director-general said it went “hand-in-hand” with their broader narratives.

“It is the white supremacy racist narrative that does resonate with some Australians, not all, but there are a number that it does and that is of concern,” Mr Burgess said.