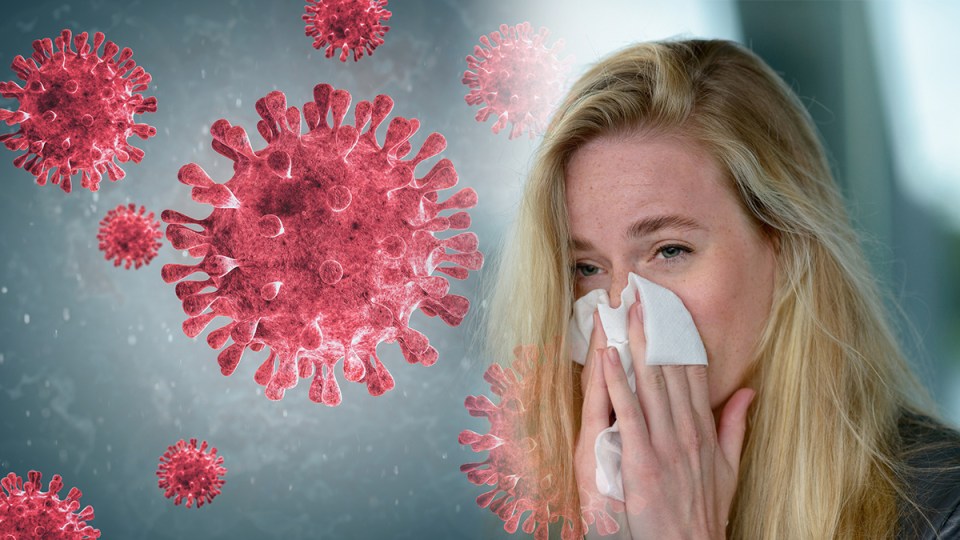 As flu season gears up, Australians say they still go to work sick.

Most Australians go to work when they are sick, a new report has revealed, raising concerns for when workplaces reopen.

As many Australians prepare to return to their workplaces, there is growing unease that the ‘cold’ your colleague has may be COVID-19.

Alarmingly, the report from the Australian National University found it was common for healthcare workers to attend work even when they’re unwell.

But industry advocates warn that while casual workers aren’t granted sick days, they will continue to work when they have symptoms.

The findings are similar to a YouGov poll last year in which two-thirds of the 1000 Australians surveyed said they would go into work sick.

More than half of respondents said they would have to be “really sick” to take a day off.

“It was bad enough before COVID-19 when it was just influenza and other respiratory viruses. But, now we have coronavirus it is more important than ever not go to work when you are unwell,” Professor Collignon said.

“This study shows too many people go to work when they are sick, and this includes many people on the frontline of healthcare.

“More than half of the global population of physicians and nurses went to work when they had flu-like symptoms.”

More than half of healthcare workers, 58.5 per cent, admitted to going to work with an influenza-like illness.

“Doctors and nurses might feel they need to go out of their way to help others, but it is best for everyone if they do not present to work if unwell,” Professor Collignon said.

“It was bad before COVID-19 and now we are in a pandemic, going to work sick is just unacceptable.”

But almost 37 per cent of the Australian workforce doesn’t have paid sick leave, according to ABS data gathered before the pandemic.

“One of the key and obvious missing parts of the plan to reopen workplaces is the need for workers to stay home if sick,” ACTU secretary Sally McManus recently tweeted.

Despite this, chief medical officer Brendan Murphy called on Australians to give up their “soldier on” mindset around work.

“I think we will see a permanent change in that sort of cavalier attitude of going to work when you’ve got a cold or a flu,” he said last month.

“One of the two permanent changes I can see forever is good-quality hand hygiene, and that ‘stay at home if you’re unwell’ mentality.

“I think we’ve all been guilty of that at various times. I know I have. We’re all going to have to change that mentality.”

Why do Australians go to work when they’re sick? They feel obliged